Bryce has always been reserved. Maybe it comes from not remembering anything from before he was 6 or it could come from a lingering sense of being lost, but nevertheless Bryce was always stoic. Definitely the caring type, Bryce has always taken his role of "man of the house" very seriously. He was sure the Mallorie just wanted him to feel useful, since she was the one who trained him to fight, but he liked to think that he was a necessary cog in Mallorie's life.

Bryce knows nothing of his past, but here are the facts as written by the LOVELY Gaby. He’s the product of a summer fling, of a series of escapades that were bound to end in heartbreak. He doesn’t know the details, nor does he want to, but he knows enough to realize he’s the result of Poseidon taking his interests with swimming Olympic gold medalist Alexandria Buchanan a little too personally. They’d met during the training phase leading into the Olympics and had grown close very quickly. Alexandria was smitten with who she believed to be the new Team USA wellness coach, and didn’t realize who it was until it was too late. Still, she says, she wouldn’t have changed anything even if she’d known the truth. Through their closeness they eventually fell into bed together, and that continued well into her celebrations regarding her new gold medal. She thought all was well, that maybe they’d pursue something more when they wouldn’t be seen as scandalous, but there it was - she woke up one day, well-rested even after a night of thorough debauchery, and he was gone with the wind.

Alexandria didn’t understand, she was heartbroken, but she made the best of a shitty situation. There was a moment in time where she doubted her ability to raise a child on her own and considered abortion as an option, but she quickly realized she wouldn’t be in it alone. Even though her family had ostracized her for her out-of-wedlock child, she had the rest of Team USA to rely on, including the gaggle of soccer players that made up the U.S. Soccer Federation and had quickly become some of her closest friends.

Rhys and Bryce (originally named Rylan) grew up in water. They spent as much time as they could manage playing in rivers, lakes and any other body of water they could find themselves in. They were both easy going children, and since they always had each other they were rarely lonely. Until one day, when Rhys and Rylan were playing in a river near their home that led (eventually) to the ocean. While they were playing, Rylan found himself in a powerful current. He started to be swept away from his brother. Rhys tried everything to get to him, but it was no use. Rylan was pulled down river and over a waterfall. Thanks to his parentage, Rylan was not killed by the fall, but he did hit his head on a rock and sustain heavy brain damage, erasing his memories of his childhood.

Bryce woke up in Myrtle beach with no memories and a bleeding head. Being only six years old, he could only piece together so much. He knew he liked the ocean. He knew he was not just born. He knew he had a family, but for some reason he felt as though they had died.

When Mallorie found him, Bryce felt as though the ocean had saved him. He knew the ocean had carried him to her. She even let Bryce choose his own name. He had no idea why he chose the name Bryce, but Mallorie helped him find it and it seemed to fit. Mallorie tried to help him find his home, but Bryce never put much stock in it. He felt safe with her, so he didn't care if they ever found his family. The only home he knew was the ocean, but living with Mallorie was a close second.

Bryce's first attack came not long after, since Mallorie herself was a demigod and so was her boyfriend Anthony the attack wasn't really meant for Bryce, but it was his first experience with monsters in memory. As they drove back home, Mallorie and Anthony got into a fight about Bryce and their future. About how they had to postpone their wedding because of him, and that Mallorie paid less attention to Anthony. They fought so wildly that they hadn’t noticed the Karkinos that had wandered its way on the back road home. ​ They crashed right into the monster, and the car stopped right in its tracks. Mallorie blacked out for just a moment, but by the time she came to both Bryce and Anthony were gripped in the giant crab’s pincers. All three of them had been lucky enough that the monster was not fully grown or else they would have been killed instantly. The boys were screaming for help and struggled against the crab's grip with nothing else they could really do. Thankfully, Anthony could still try his best at charm speaking to prevent the monster from using its full force on them. Mallorie panicked as she crawled out of the car through the backseat, two people she deeply cared about were about to die and she had no clue who to help first. She spun her rings, knives at the ready, and ran at the monster with only pure adrenaline running through her veins. She ran towards Bryce first, her goal to try and destroy the joint that connected the pincer to the monster’s body. She blasted the blasted point of the shell with her eroding wind and lashed at it with her trench knives. With a sickening pop and a screech from the crab, the pincer fell to the ground with Bryce still latched. As she ran to free Bryce, the creature skittered away with Anthony still in tow. That was the last day she ever saw him, without ever knowing what actually happened to him.

Mallorie trained Bryce as he grew older and the two of them dealt with many monster attacks over the years. Bryce began to feel very protective of Mallorie, almost as protective as she felt of him. As he grew up, Bryce became stoic and stony. He didn't talk much, but his actions spoke volumes. He cared deeply for Mallorie and loved growing up with her. When she wanted him to go to camp, he refused. Bryce had no intention of leaving Mallorie alone to deal with any monsters that caught her scent. Eventually, however, when Bryce was 17 he almost couldn't defeat a monster when Mallorie was out. She was able to save him just in time, but it was the last straw for Mallorie. She decided he needed to go to camp, and she was going to move to New York City. When they arrived, however, they discovered New Athens and Mallorie decided to move in there and let Bryce go to camp.

(Has no month powers) 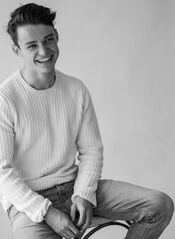 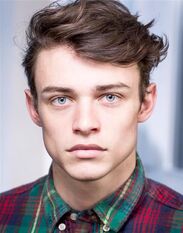 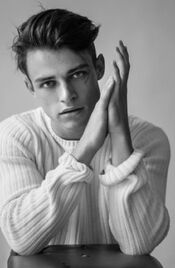 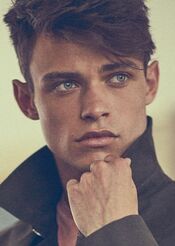 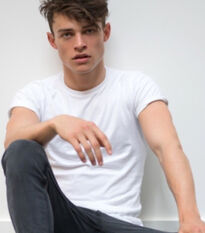 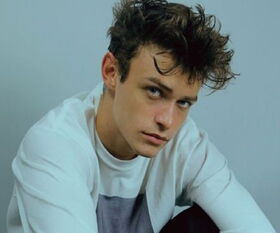 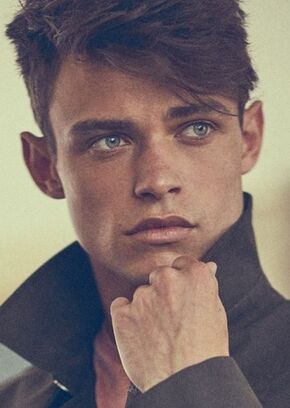 Retrieved from "https://camphalfbloodroleplay.fandom.com/wiki/Bryce_Clayton?oldid=1821580"
Community content is available under CC-BY-SA unless otherwise noted.