Célestin Loup was born in Paris, France in 1996 to Fleur Loup and Apollo. Fleur often worked for charities, and hardly even gained money for herself; living with her parents, she could earn money, keep a small sum of it, and send the rest off to charity. Her charity work attracted the attention of the god, and made him want to meet her; under the name of Keller DeFroid, a French-German charity officer. The two fell in love, and within the month, was expecting Célestin. Nine months later, Célestin was born in Paris, and Apollo left, telling Fleur who he was, and what their son would be. Due to Célestin's birth, Fleur didn't do as much charity work as she had liked to; being a mother at 25, she found it difficult, so she used her money to buy a house near the Eiffel Tower; giving her something to look at, during the times when Célestin wouldn't get to sleep. When he was 5, the house they lived in was repossessed, leaving Fleur and Célestin out on the streets.

Fleur did everything to ensure her son to have a good life, so she went and married a rich man; Laurent Chambre. Laurent loved Fleur and wanted her to be happy...the only problem was that he didn't care about Célestin, especially when Fleur had his daughter; Marie Chambre. When he was 10, Laurent started to abuse Célestin when Fleur and Marie were out. At first, it was simple burns, like Laurent would make a cup of tea, and put the spoon on Célestin's hand. Then, Laurent would cut Célestin, mostly on his arms. Even once, when Célestin was 13, Laurent raped him. This lead to Célestin identifying himself as gay. When Célestin tried to tell his mother, she refused, saying that Laurent wouldn't do such a thing. One day when Célestin was 16, Laurent decided that he had enough with Célestin, and went to murder him. He raised the knife as Fleur walked in. Marie, who was five years younger than Célestin, pushed him out of the way, and got stabbed by her own father in the head, killing her. Laurent, who had now lost mental dignity, stabbed his daughter until he was certain the she was dead. Fleur remembered what Apollo had said, and took Célestin to the nearest airport, and to Camp Half-Blood. There, a harpy attacked him and his mother, just as they were nearing the entrance. Fleur, refusing to let Célestin die, pushed him over the border, and was cut by the harpy. Unknown to him and his mother, this wasn't the time that he had been attacked. When he was 11, and then when he was 14, a dog attacked him. The dog was a hellhound yet it looked like a boxer dog. As it was common among his friends, they trained to run away from the dogs, so he escaped the hellhounds both times. Only hours later, did she die of blood loss. Laurent was have said to be imprisoned for life.

Powers of a Music Spirit:

Traits as a Music Spirit

Traits as a Child of Apollo 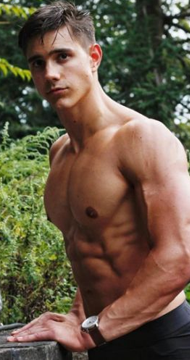 Retrieved from "https://camphalfbloodroleplay.fandom.com/wiki/C%C3%A9lestin_Loup?oldid=1821335"
Community content is available under CC-BY-SA unless otherwise noted.