She values the importance of duty before leisure. Although she may seem playful and the not-so-serious type sometimes, she is a very responsible individual. She lightening up the mood when it seems down as she is a bright individual and dislikes negative vibes.

However, Celestiana is a different. She was created for the purpose of watching over, not only the owls, but also Athena's daughter, Adriel. For the first few years of her life, she was a mere owl who was ordered to visit Adriel from time to time. Years later when the Blair sisters got trapped in Felicia's Mansion, Athena blessed the owl with a human form and named her Celestiana. Thus, her life as a nymph began, along with the creation of the other animal nymphs, on the year 2012. With this, her role being Adriel's guardian became more effective. 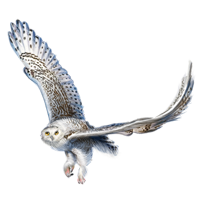 Retrieved from "https://camphalfbloodroleplay.fandom.com/wiki/Celestiana?oldid=1489227"
Community content is available under CC-BY-SA unless otherwise noted.