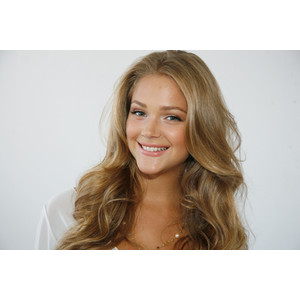 Appearance: About 5'8", she has dirty blonde hair and sparkly  green eyes, tan skin and a healthy body.

Personality: Alexandria is a pretty yet a mysterious girl to strangers. She sometimes have double personality: a little mean and tricky to people she hates and despises; but caring and protective of her relatives and friends. Being a daughter of Hecate, her true nature is unknown, only her closest relatives knows her true personality. She's also smart and good at remembering details.

Jason Mankis is a 25-year-old American man of Greek descent who could see through the Mist. He was a intelligent scholar who was studying magic and magic history. One day, he went to an old library to find documents about ancient magic. The magic section of the library wasn't so popular, and he got the whole section all to himself. He searched for books about magic and sat there to read it. Then, Jason saw a beautiful woman with long black hair and glowing green eyes. She was also searching for books about magic, but she couldn't find it, so she asked Jason for help. Jason agreed, and succeeded in finding the book for the mysterious woman. The two then spent the whole day talking together and found out the shared the same interest in magic. Jason decided to ask the woman on a date, and she agreed. The woman told him her name was Phoebe. They went out together, and then Alexandria was born. She was the daughter of Jason and "Phoebe". After gave birth to Alexandria, Phoebe told Jason about herself, that she was actually the Greek goddess of magic, Hecate. He was shocked, and the day after she told him about her true identification, she dissapeared and left only one note: "Because I'm a goddess, our daughter is a demigod, and monsters will be hunting her. You must be careful. When you think it's time for her to be trained as a demigod, send her to Camp Half-Blood, Farm Road 3.141, Long Island, New York 11954. Farewell, Jason".

As she grew up, she lived a normal life. Not so sad, but not so happy. Her father married another woman named Stella Lomant, who was a star nymph and she used to stay at camp. She grew up hearing stories about magic from her dad and myth stories from her stepmom. She didn't have lots of friends, but once she befriended with someone, she would be really close and protective to them. She got closer to her stepmom when she was 10, because they shared the same hobby: sleeping late and enjoy looking at the night's sky. Her demigod signs began at the age of 3 and 4: ADHD and dyslexia, while the signs proved that she's Hecate's child showed at the age of 10: she liked pole-cats and dogs, and interested in mysterious and magical things.

Alexandria was safe, until she was 13. A few days after her 13th birthday, she had her first monster attack. She was visiting the zoo with her family, when she separated from them and went to play in the dark part of the zoo. She was walking and looking around the animals cages when she saw something huge crawling out from the shadow. The creature was large and looked like a scorpion, it had the size of a small pick-up truck. The beast was darkly colored, probably dark brown. The scorpion, like all scorpions, had large pincers and sharp mandible, as well as an extremely long stinging tail. The monster got closer and then suddenly chased her. She ran, because that was the only thing she could do. Soon, the scorpion cornered her and about to attack her. She was so scared that she put her hands in front of her to protect herself. Suddenly, she fired an intense beam of somekind of purple energy which burned a scorpion's segment in its exoskeletons. It fell down, probably because it was injured. She was really scared and ran away. She then met her parents and told her parents about it. They took her home, so the scorpion wouldn't be able to find her anymore. They knew it was time to tell her about her demigod identifications. She was shocked and surprised. However, she couldn't change the history and decided to let it go. At that moment, Jason and Stella decided to take her to camp, so that no monster would attack her again.

They finally reached the destination. However, in front of the car appeared a giant dog. He was large, black mastiffs with glowing red eyes. The monster's size was the same as the size of a semi truck. Alexandria heard Stella mumbled :"Hellhound". They quickly got out of the car before the dog could stumbled and crushed the car. They found a place to hide behind a large boulder. Alexandria was so frightened. Then she saw a woman standing near to her in the woods. Stella then told her: "Listen, Alexandria. That woman is a nymph, and she will take you to camp safely. Don't worry about me and your dad. I'm a star nymph, and I will use my powers to defeat the monster. Just go. Get there safely and be a wonderful demigod, for me and your dad. OK? Goodbye". Alexandria didn't want to, but she had to follow the nymph. As soon as she went away with the nymph, Stella ran towards hellhound and Jason followed her. Alexandria suddenly stopped, and she stood there praying her mother, Hecate, for help and aid for her parents, but she didn't see anything appeared to help. She followed nymph to camp and arrived at camp safely, but she felt really angry at Hecate and her dislike of her mother started to grow, as she wondered why she would never visit or even tried to send her and her dad a message.

She lived at camp for one year, and she started to realize the god's pettiness and their overuse of powers. She saw the unfairness and lack of democracy in camp as well as between the relationships between gods and demigods: they argued and demigods usually end up in the cross line. The deities don't even care about their children and created this place where demigods can stay together and is easier for the gods to manage them. She saw that no one realized the god's pettiness, except from her, probably because she was the only one who saw the pettiness of gods, when she desperately prayed her mom but there was no answers. One night, she heard one of her half siblings  talked about going to the Broken Covenant, where demigods fought for fairness and equality. She decided to follow her and join the Broken Covenant. She took her weapons that she got from Hephaestus' children's forge after arrived at camp. She followed to the address that she heard the sibling said and arrived at the sanctuary.

Weapons: A purple star-shaped necklace that has two star shapes on it. One shape can change into one long sword and the other can change into a staff that can be used to do magic spells.

What faction you desire to be a part of: Civitas Popularis.

Why they want to join the BC/Why should you belong to that faction: "I, myself, belive that Broken Covenant is truly a place for demigods who can see the deties' pettiness; their irresponsibility to their children and sometimes the world. They argued with each other over something small, and left the demigods in the cross line. We should stand up for ourselves, we shouldn't just stand there and watch the gods control the world in the wrong way. Why I join Civitas Popularis, is because I don't want to be a god, I don't want to take over the world, don't want to destroy all gods and I don't believe that demigods is the master race. I believe in fairness, in democracy. The demigods and all other kinds' voice should be respected and appreciated. Gods should know and apply Democracy. I prayed my mother in hard times, but she doesn't even care. My voice is worthy, I have the rights to vote for the world. The demigods should be appreciated, be acknowlegded."

So, I changed some details:

Heya, so here are some things that I see /wrong/ with the claim:

Hey Slay, so I changed:

Retrieved from "https://camphalfbloodroleplay.fandom.com/wiki/Claiming:Broken_Covenant/Alexandria_Mankis_-_Accepted?oldid=1554213"
Community content is available under CC-BY-SA unless otherwise noted.