Personality: Around friends Cory is goofy and exited and childish. Around those he dislikes he is dark and serious. When reminded of what the gods have done, he is very dangerous and will get out of control. 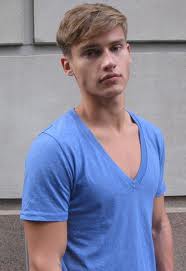 Suzie Daniels was an adventurous, free-spirited, beautiful, and independent 26 year old woman. She was a photographer. She was on vacation in Alaska one day when she hiked too far from the village she was staying in. She had gone to take some pictures of the landscape. But all of the land there looked the same, and she couldn’t find her way back.

Suzie was dying of the cold climate. Though she had dressed appropriately for the temperature, being out there for so long was deadly. She was dying of exhaustion from trying to find the village and was dying from the cold as well. She eventually collapsed and passed out, on the brink of death.

Phlegethon was riding around in his chariot one day and was passing over where Suzie was. He spotted the young woman and went to help her. He made a large fire and put Suzie by it to keep her warm

Eventually Suzie woke and noticed the large fire and the stranger. He (Phlegethon) told her he was a villager who had been hiking and found her unconscious and on the edge of death, and had made a fire to warm her.

The man introduced himself under the name Chet Foster. “Chet” escorted the confused Suzie to her hotel. He came with her to her room and sat with her, talking. Phlegethon loved her, he loved that she was warm and fun-loving, and she was stunningly beautiful. “Chet” revealed to her who he really was, a Greek God. Suzie thought she had imagined it and was still dazed from being on the brink of death, and thought no more of it. But she loved him too. They spent one faithful night with each other, and then Phlegethon was gone.

Suzie wondered if she had dreamed all of it, that she had been in her room the entire time dreaming it, having been tired from the day before. That was it, she thought. And she believed that.

Suzie became pregnant, and having a boyfriend back home would want an explanation of this, which she had no explanation for, she decided to stay in Alaska, where she would raise the child. She told none of her family and friends about her, predicament, and just simply told them that she loved it there. Her family shipped her clothes and her belongings to her, and she bought a house there. She was furious, what had happened to her wasn't a dream, and now she was hiding from her friends and family.

Suzie gave birth to Cory Daniels, and grew up a quite life. Living in a small village he had very little friends (For there were only a few people his age). Cory had a good childhood. At age 7 he found Flips headphones on his bed. A note with them said. These are to help you fight, flip them out and they will break apart and transform into dual swords. Use them well -Phlegethon. This made Suzie more furious, Phlegethon had ruined her life. She haad become pregnant and had to hide from her friends and family. Cory adapted to her mother's fury and grew up learning to despise the gods, though he didn't understand why. As he got older he realized why. Living in Alaska, it was freezing and there wasn't a lot of food. The food that they got was shipped from far away and took weeks to arrive. Many villagers were dying of starvation and freezing to death. At age 8 Cory's best friend Mark, who was a scrawny, quiet boy, died of freezing to death while he was asleep. Cory had been at his house spending the night when he died.

Cory hated it. The gods had let his best friend die. At age 10 Cory had his first monster attack. An Empousai had disguised as a villager and had sniffed out Cory. She trapped him in a classroom at his school, Cory put up his hand in a defensive position, and prayed for help. Fire shot out of his hand and consumed the monster, disentigrating it. Cory was shocked, and he realized as a halfblood, he has powers.

He worked on his powers until at age 12, he met a son of Boreas who had gone to a place called the Broken Covenant. The son of Boreas who's name was Cody, trained him. At age 14 he was attacked by a hellhound which he fought off with his dual swords. After the influence of his trainer, his mom, and after watching his friends and the other villagers die, he came to the Broken Covenant, which he got the address from his trainer, Cody.

Weapon: Flips head phones. Instead of when you flip them out them turning into speakers, they break in two and turn into elaborately designed Dual swords - 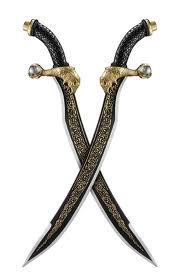 Why: The gods are up there on Olympus, watching us suffer down here. They use us to do THEIR work and we deal with the consequences. They, our parents, treat us like dirt. That's why I want to join Veritum Unitum. The events of the past build us up and strengthen us. We want a brighter future! I'm the soccer-playing, mythology-loving, fun-loving me! ~WolfRunner

I don't understand why they couldn't just move away?

They couldn't go back home cause she couldn't explain why she was pregnant and she didn't want to move away and not have what she needed to provide for the child so she just stayed there. I'm the soccer-playing, mythology-loving, fun-loving me! ~WolfRunner

How did she not realise that the god wasn't a dream if she became pregnant? And then staying in Alaska is really not the gods' fault then

Fixed and It wasn't the gods fault that she had to stay in Alaska that was her decision cause it was easier but she blamed the gods because she couldn't explain her being pregnant so he had to hide from her friends and family. I'm the soccer-playing, mythology-loving, fun-loving me! ~WolfRunner

Retrieved from "https://camphalfbloodroleplay.fandom.com/wiki/Claiming:Broken_Covenant/Cory_Daniels_-_Accepted?oldid=1243574"
Community content is available under CC-BY-SA unless otherwise noted.