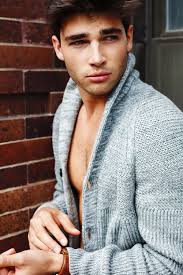 Personality: Darius is serious and cold, he helps Lead Opus with an iron fist. He only speaks to others when he deems it truly necessary, but he thrives for control and dominance in everything he does. He also has a sizeable ego, due to the fact that he's a demigod supremacist.

In Houston,Texas, Sarah Callaway was a mortal woman. Her half sister was Jessica, she was a child of Ares who kept distant from her mortal family. Having thought that all mortals were inferior, she mostly just kept in contact with her fellow demigods. Their demigod grandmother had passed away, Sarah and Jessica had attended her funeral. And that is where they met him, The Titan of Destruction, Perses.He was merely passing by, rather than attending the funeral. The Callaway sisters were both interested in the titan. Naturally they both fought over him, thus starting a love triangle amongst them.

Jessica and Sarah already had a very strained relationship, their mutual love for Perses made it even worse. Obviously they had no idea he was a god, Perses in truth didn’t return his feelings for either of them. In truth he was amused at he easily destroyed their already strained sisterly bond.

The love triangle reached it’s climax one eventful night, Sarah had started dating Perses. She didn’t know Jessica was secretly sleeping with him. Sarah had invited him to her house, while Jessica had been stalking Perses so she came to her house as well. One thing led to another, so all 3 of them ended up having sex. Perses left and only Sarah was left with child.

Jessica had a feeling that her sister was impregnated by a god, hence his hasty disappearance. She kept her distance from Sarah, but watched her from afar. Sarah went through her pregnancy on her own, finally giving birth to twins. Before she died of childbirth, she named the boy Darius and the girl Ella.

Jessica took custody of Darius and Ella, thinking and hoping they were demigods. At first, she was somewhat distant towards the both, planning to immediately give them up to child services if they turned out to be mortal. She fed them, clothed them and send them to school. She didn’t show them the love and compassion the children expected from their aunt. So their lives could be considered bittersweet at best, they still had the essentials and each other leaving them with a reason to smile. As they grew up Darius preferred his own company, while Ella found it quite easy to make friends.

When they both turned 11, the twins would complain about seeing strange things. Like flying bird women or scorpions the size of cars, obviously their age meant their scent wasn’t necessary strong enough to attract these awful beasts yet. When they both told their aunt, she rejoiced. Elated that her niece and nephews were superior demigods, rather than disgusting mortals she had no choice but to hide amongst. Darius and Ella had no idea, but everything was going to change.

As they entered their teen years, starting when they became 13. The monster attacks their aunt had warned them about had come to pass. But by using their hand-me down celestial bronze weapons and training, harpies, giant scorpions and other weak monsters were reduced to dust. They noticed they could do strange things like command their weapons to vibrate and generate earthquakes.

Leaving home and Time at Camp

But while this was happening, they began to notice their aunt was acting different. She became dangerously thin and had a funny way of disappearing for days. Darius turned a blind eye, but Ella came to discover that their aunt had formed a serious cocaine addiction.

She tried to help and get her to attend rehab, but to no avail. Fortunately they were met by a satyr, who had offered to take them to camp. Darius accepted immediately, but Ella was only on board when the satyr offered to keep an eye on their aunt. Darius kept this to himself, but he saw the satyr as an inferior being. Not much but a tool or a servant, having adopted Jessica’s views of demigod superiority. So they left for the safe haven of Camp Half Blood at the tender age of 15.

Upon arrival, they were claimed by Lord Perses. The titan god of destruction who was mysteriously absent during the 2nd Titan War (I’m aware that he was possible in the war, it’s just there was absolutely no mention of him). They were places in the Hermes Cabin, since there was no cabin for children of destruction. Due to their parentage, the two weren’t very popular among their fellow demigods.

Darius was quite shocked to see nymphs, centaurs and satyrs all interacting with the demigods as equals. He was quite unhappy about this, so during his time at camp. He mistreated the local nymphs and satyrs, talking down to them like one would imagine how a slave owner would to their slaves.

While Ella was quite opposed to his views, she loved mortals for making the world they were apart of. Along with nymphs and satyrs, for protecting demigods and nature. But while Darius was shoving his half blood supremacy opinions down everyone’s throats left and right, Ella believed that in the Greek worlds everyone deserved a say or view. Thinking that the gods rule was somewhat unfair.

One day a while after the twins had turned 18, a local lampade had attempted to strike some sense into Darius. Naturally, he had punched 3 of her teeth out and she shadow traveled away. Her name was Shauna, after using a healing spell on herself she began to plot her revenge. Due to her time serving Lady Hecate, the young nymph was able to create a powerful love potion. Which was somewhat misnamed, since the potion would generate intense feelings of lust for whoever the drinker saw, not love. She assumed she’d be able to laugh at Darius as he shamelessly humped a tree.

She managed to slip the potion into some of Darius’ Coca-Cola while he was in the Hermes Cabin, but Shauna’s plans went somewhat wary. Since the first thing Darius saw was his lovely sister, the potion forced him to make passionate love with her. Most sisters would be quite mad about this, but with Ella’s forgiving and frail nature she kept quiet about it. It was a silent agreement with her brother who was determined to get to the bottom of this.

He had deduced that it was Shauna’s doing, rather than being a young detective he desired a scapegoat because he felt guilty about sleeping with Ella. So he found her, and brutally beat her with an old mace. Before he had decapitated her with the Celestial Bronze axe he received when he arrived at camp. He somewhat panicked, burying her body in the woods.

Running Away and an unwanted Pregnancy

But after the local satyrs began to investigate, it was only a matter of time before they found out what happened. So Darius had ran away and left Camp Half Blood, all this giving him a better reason to leave. Since he was tired of living amongst demigods who couldn’t see their potential as the superior race on earth.

Ella joined him, due to love, loyalty and a small amount of lust. She didn’t know it at the time, but she was left impregnated with her brother’s seed. After they got a small apartment, having no desire to return to their mother, Ella discovered her pregnancy. She tried to keep in a secret for a few weeks, but eventually he caught on.

Now Darius wasn’t mad, since he had blamed Shauna for the incident. But when Ella expressed desires to keep the baby, she earned a brutal smack across her cheek. Darius had no plans to waste his time and resources raising a mortal baby, so he forced his twin to quietly abort the child. She was far too scared and obedient to say no.

It was a hard time at first, but the Callaway twins rekindled their close bond. Still able to fend off any monsters that threatened their lives. They attempted to maintain a normal sibling relationship, but occasionally they would continue their incestous affairs.

Murder, Murder and even more Murder

When they were 20, a pack of centaur had arrived at their apartment. They were good friends of Shauna’s and wanted nothing less but to avenge her death. Darius commanded his sister to run, while he resumes to slaughter the 3 Centaurs’ in cold blood, granted this endeavor left him quite injured. After their bodies were reduced to golden dust (idk if this is how it works for Centaurs, but meh~) Ella wanted to leave, not feeling safe at their home anymore

They had quickly packed and made their way, they traveled for a few weeks and passed by the same neighborhood and where they grew up, Ella felt guilty for leaving their poor aunt. After much begging from Darius, the two went to go visit her. But little did they know, their aunt had gotten an addiction to bath salt (http://articles.latimes.com/2013/jul/11/science/la-sci-sn-bath-salts-methamphetamine-2013071)

When they opened her door, in a frantic craze the daughter of war attacked Ella. Proceeding to chew into her face and neck. Due to the psychotic nature induced by the drug and her strength as a child of Ares, Darius was unable to force her off Ella. But it all ended when Darius used his axe to split her head open.

He had rushed Ella to a mortal hospital, but it was far too late. Ella Callaway had died from her injuries. When Darius got the news, he was overwhelmed with grief. But he began to blame the mortal doctors he deemed as lazy and incompetent, so he pulled out his axe and proceeded to go on a rampage which left 10 doctors dead, 3 critically injured and 7 guards also fell victim to his volatile powers. Darius had managed to escape before he was captured by the police, without the presence of them and .

Ares was quite amused and interested in Darius’ power, but he was also angry for how he killed Jessica. So he decided to come up with a punishment, suggested by Lady Hecate. He came to him in a dream and told him if he murdered 1000 sentient beings, Ella would be restored to him. Ares and Hecate were confident that Darius would be killed himself or apprehended before he could even come close to this.

But the son of destruction looked upon mortals, nymphs and other races he deemed inferior. Being that were disposable if it meant he could get his beloved sister back. So he began his trail of bloodshed, after a few months he was met by a fellow demigod who felt the same way about non-demigods. He led Darius to the Sanctuary, which was home to Opus Superum. A well off organization of demigods, dedicated to making it so their species rule over all others. All he could say was “Where do I sign up?”

Reasons for joining the faction: Darius believes that demigods are the superior race more than anything. His aunt has set this belief into his head from when he was a child. He will not rest until Demigods are running the world, just the way they should.

Already read this earlier when he linked me before posting it, so I already know it's ok, in case anyone thinks it's funny my first edit is to approve it like 3 minutes after he made it >.<


Retrieved from "https://camphalfbloodroleplay.fandom.com/wiki/Claiming:Broken_Covenant/Darius_Callaway_-_Accepted?oldid=1377721"
Community content is available under CC-BY-SA unless otherwise noted.