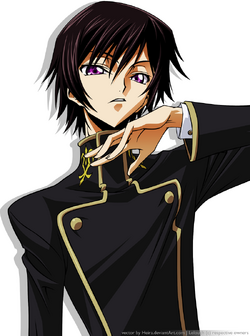 Personality: Derek is rather cold and calculating. He's tricky and is willing to back stab anyone for his own personal gain. He's very stuck up, not liking to get his hands dirty.

History: Charles Lannister was an English billionaire. He was married and had two children of 4 named Casper and Rose (they were twins). Charles had a care free life until a certain issue arose. He was at a party, his wife Angela was at home with a cold. Naturally he laughed and socialized with his friends. He was drinking more than his fair share of wine.

Akhlys had attended the party, using the mist to disguise herself as a very fair woman. The goddess of poison was looking for a mortal, since she thought it would fit her interests to have a child of hers. She picked Charles, they had their way with eachother in a hotel and she was gone before the sun had risen.

Charles returned home, lying to his family about where he was. But 9 months later, a baby boy appeared by the doorstep. The boy was left with a note, claiming that he was Charles' child. After a quick DNA test, the note was proven to be true and Angela was heartbroken.

After a few weeks of marital drama, Charles and Angela managed to save their relationship. They agreed to keep the boy and claim he was adopted, as to prevent a troublesome scandal. He was named Derek and spent most of his life at the Lannister Mansion.

Charles and Angela were somewhat cold to the boy and Casper and Rose could tell he was different than them. Derek spent his young life being abused by his siblings and practically ignored by his parents. As a child of Akhlys, Derek had an interest in poisonous materials. Rat poison, detergents or just anything he could find. One time when he was 7, he drank half a bottle of Clorox. But since Akhlys kids were immune to the effects of poison, he was fine.

When he was 11, he thought about his inheritance. He knew once his father died, there'd be alot of money coming his way. But to ensure he'd get more money, he decided his annoying siblings had to die.

So one night, when the chefs were preparing dinner. He had concocted a flavorless poison, due to his natural knowledge of toxins. He placed the poison in Chocolate Pie, knowing that Casper and Rose would greedily devour it all. The poison would cause whoever ate it to suffer from Heart Failure. Derek knew if they died, much more of his father's money would go to him.

Later on, Derek's half siblings selfishly ate the cake. Bragging about how tasty it was in an attempt to taunt him. But the boy merely grinned to himself. The next morning, the two of them were found dead. The police investigated, Derek was a prime suspect. But since they thought a young boy would have no idea to create such a poison, the chef who made the cake was arrested and sent to prison and Derek would look forward to a very large amount of money upon his father's death.

A few years after the incident when Derek was 14. Charles and Angela still remained distant towards him. But at that point he stopped caring about them. Only focused on the money he'd be able to look forward to. He had planned to murder his step mother after he turned 18. But some issues had arisen. Derek's demigod scent had caused him to be attacked by an empousai, who had disguised herself as a very attractive waitress. He had quickly ran when first attacked, he had left the mansion and ran onto the streets with the empousai still pursuing him. Fortunately for him, a 24 year old daughter of Ares had saw what was happening and easily slew the beast. But before she could explain what happened to Derek, he had already ran off. Causing him to believe the empousai was just some random psycho.

So next year, a 15 year old Derek was in the mansion library. The window was open, so a small group of harpies flew in. Threatening to shred him to shreds. Derek was almost dead, but he was rescued by a satyr. Who used his reed piper to lull the harpies to ensnare the harpies in vines. He explained everything to Derek, but he simply refused to go to camp. Thinking of the place as rather barbaric, it seemed below him to have to fight for himself.

The Satyr knew he wasn't safe at the Mansion. So he brought him to camp against his wishes. On the way there, there was a manticore attack right before they reached camp. Derek merely smirked as he pushed the satyr in the way, as he was devoured. The young sociopath made his way across the gate.

After arrival, Derek was put into the Hermes Cabin and claimed by Akhlys eventually. Naturally he hated being the dirty Hermes Cabin, but he had put up with it for 2 long years. Despising every minute of it.

When he was 17, he had caught word of the BC and their ways. Naturally Derek wanted to join immediately, but he decided to leave a parting gift. He baked a large number of chocolate chip cookies for a few of his cabinmates. It was somewhat like how he poisoned his siblings, because 6 children of gods lacking cabins had died of kidney failure.

Derek laughed to himself as he left that night, he was found by 2 members who quickly allowed him to join them back to the Sanctuary where he joined Liberi Superum.

Desired Faction and why he wants to join: Liberi Superum desires to become gods, willing to use the mortals by any means necessary. Derek is quite interested in the idea of gaining immortality and doesn't care what mortals have to suffer through for him to do so.

It may be possible for a goddess to have a child in less time than nine months but if she is trying to conceal her identity as a goddess than why would she have it/deliver it before then? It would just create a ton of confusion and doubt. Also, Derek's whole inheritance scheme doesn't make any sense. In what realistic scenario would he have come to learn what his father's Will states prior to his death? Also, it's foolish to assume that just because the other siblings are dead that Derek would then inherit it all the money. I think it would be far more likely that once the two siblings were dead, the Will was restructured.

Retrieved from "https://camphalfbloodroleplay.fandom.com/wiki/Claiming:Broken_Covenant/Derek_Lannister_-_Approved?oldid=1307804"
Community content is available under CC-BY-SA unless otherwise noted.