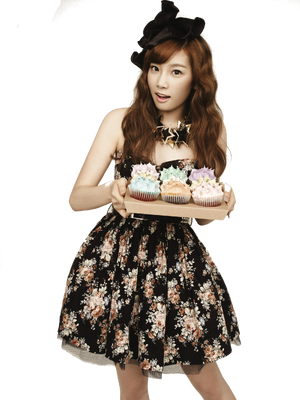 Personality: Erin is pretty liberal, and hates seeing pain and suffering, and tries to avoid being in an area with a considerable amount of it happening. She dislikes being cold towards people, but easily can, and she holds grudges for years if she has to. She refuses to use the word 'hate', as she feels its a very strong word, yet, she uses it to describe her mother and the Olympians regularly, and when seeing someone in pain or suffering. She likes to give people second chances, but if they blow the second chance, they're dead.

History: Daniel Price was a Korean-American soldier who was taken into a Japanese PoW camp, and was tortured daily. After one particular night of brutal beatings, Daniel, and a group of other Americans, planned their escape. The plan was that three of those who accepted their deaths would distract as many guards as they could, whilst the other three made attempts to escape from the entrance on one of the vans that transported prisoners to and from the camp. The plan was successful right until Daniel, and two other men, Darren and Andrew, had just left the perimeter of the camp, when they were spotted. Guards started to shoot at the van, killing Andrew. Daniel and Darren however, jumped off and ran into a nearby forest, searching for a place to hide. Daniel ran for as long as he could, before pacing down to a jog, then walking, until he was certain he had lost them. He found a small hole in a tree and made home there for the evening.

When he awoke, he was greeted by a woman. The woman claimed herself to be a nurse, who hated to see suffering and misery, and had heard of an escape that happened at the camp, and was taking her weekly walk through the forest when she came across him. The two exchanged names, and the woman agreed to hide him from the authorities. After the war, Daniel moved back to America, but, before he did, the woman gave him a leaving present - sex. Daniel left Japan full of regrets; allowing the three men to kill themselves, not saving Andrew, not finding Darren, and having sex with a woman who hid him from the army.

Back in America, Daniel settled into Denver, Colorado, and found love with a woman name Kelsey, and before long, the two were engaged. On the night of the 1st August 1946, a knock occurred at the door. Daniel answered it, and there, stood the woman who he had sex with, holding a bouncing baby girl. The woman smiled weakly and explained everything; from what she was and why she helped him, right down to what their daughter would face. Daniel took the baby in and named her Erin.

As she grew up, Erin showed traits that her mother had shown when she was acting as a nurse. If someone else was miserable or suffering, Erin would share their pain. When she was 8, Daniel moved the family to San Luis Obispo in California, where Erin slowly became more of an outdoors girl, and started to lose her dream of being a nurse.  At the age of 13, she was attacked by a harpy, which left her knocked out for days as she was defenceless. She would've died if it weren't for the stayr who defended her body whilst unconscious.

When she was 15, Erin was raped by Thanatos while walking down an empty road at night. He took advantage of her and raped her easily. When he father found out, he insisted she get an unsafe abortion, not regarding the chance of death that would come with it. Luckily, Erin was unharmed in anyway shape or form from the abortion, but turned very quiet. On her 16th birthday, Artemis appeared to her, and appealed the idea of the Hunters to the girl. Erin accepted, thankful that someone else shared her hate of men.

During her time on the hunters, Erin began to hate the way the gods ruled. She hated seeing poor demigods who they couldn't save be killed, just because their parents were their parents. Artemis was the only god or goddess Erin liked, as she showed some democrocy and fairness to the Hunters. For the next fifty years or so, Erin stayed on the Hunters, growing more bitter towards the gods each day. One day, 2 years before she came across the Broken Covenant, she had enough and left the Hunt. Artemis was at first devastated at the news, but, once Erin told her she wanted to grow old and die a demigod, she soon came around and wished her farewell. Unknown to Erin, another hunter, her best friend Charlotte, slipped in a locket that was the hidden form for a celestial bronze mace.

For the next year Erin got a job as a trainee nurse. This however, made her involved with pain and suffering which she hated to see, so she'd often not show up to work. She was fired, and went off to find herself. Two years later, she came across the Santuary. Her curiosity got the better of her and she entered. Upon seeing the ideology of Civitas, she joined them.

What was Artemis' reaction towards her actions like leaving the hunt? Did she punish her? Where did she get her mace? Also, like your model ^w^

oh by the way, damn you Evil >.< now I want cuppiecakes, and I blame you xP

Retrieved from "https://camphalfbloodroleplay.fandom.com/wiki/Claiming:Broken_Covenant/Erin_Price_-_Accepted?oldid=1231436"
Community content is available under CC-BY-SA unless otherwise noted.