History: Boreas was talking with Aeolus about creating a new nymph. They agreed to help each other create a nymph that was stronger than all. But what they got, was not what they expected. They got me, a puny little nymph with powers of reading, writing, listening and sword fight. They hated this. Boreas didn't want me and he kicked me out of his palace. I walked around the woods for a while until I met a demigod Summer Daily. She was close to getting killed, but then I told her my story and she fully believed me. But then, John Daisy, came and Summer ran away. John asked me my name, and I suddenly remembered, Boreas didn't name me, so I made up a name. Kassi. I told him I was a wind nymph that was thrown out of Boreas' castle. John asked me if I wanted to join the broken convent, I said yes, though I didn't know what it was.

Personality: Shes a basic nerd, humiliated after what happened with Boreas. She basically just wants the gods out of power of demigods, spirits and nymphs.

Weapons: A sword made of pages of a book 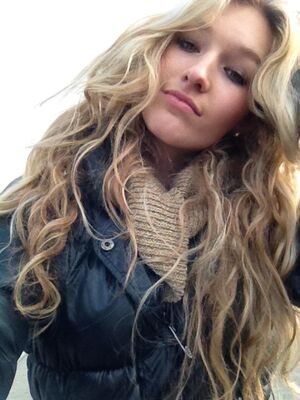 Why should you belong to that faction, what are your core beliefs, why does their ideology suit your personality/beliefs?: I believe that if the gods rule over us, then they'll just have us struggle even more. My creator didn't feel any love for me, nothing. I feel as if it would be better if the gods weren't rulers, because they just forget about their kids. All the gods have forgotten at least one of their kids, and I don't think it's right at all.

I don't think Heinrich would go out of the BC, when he has almost what he needs in it. Just to be sure, can you list a name or simply description of another BC member?

I don't think you have a strong enough history to explain her wanting to join Veritum. Besides I think she might be better suited to Civitas?

Shes been put in the liberi

Oh, okay...I guess I'll just change the heading and put this under Liberi then.

Retrieved from "https://camphalfbloodroleplay.fandom.com/wiki/Claiming:Broken_Covenant/Kassi_-_Accepted?oldid=1233622"
Community content is available under CC-BY-SA unless otherwise noted.