History:Natalie Dale was a successful and rich romance and gospel poet, song writer, editor, and writer from New Zealand. Her parents were rich, wealthy, one of the most noble family. She met Zelus a ball. Zelus, was infatuated at first sight, he also loved the fact that all men want her. She fell in love with Zelus, Zelus, being the ever-so cocky god wanted to seal the deal. He then made love to Natalie. At first Natalie panicke, when she found out everything, especially being pregnanat. Again, Natalie was a Catholic, she didn't believe in the Greek gods--not until one day, when Zelus left. Before he did, he told her the truth and she went insane. She wanted abortion but she believed it was wrong. Everything in her mind was clashing, beliefs, religions, future, viginity, and such. Her parents knowing, banished her from the main house. Natalie then lived a separate house, living in solitary with few maids and butlers. She didn't write a lot anymore.

When Kyler was at school, he learned to bully people who disturbed him, even with one touch or accidental bump. He didn't care of the world. He became a saddist and a masochist. He tried committing suicide each time, but his closest friend forced him out of it. Girls who thought he was the cool kid, actually loved him. They often fought for his attention, yet he ignored all of them. Everyone was jealous of him, yet he didn't know why. He learned fighting styles, and such since his mother didn't care of him too much. He also found a baller also neck choker which can turn into a Kusarigama in the attic, apparently it was from his father and his mother just dumped it there. He never asked about it but he learned to use it and was skilled.

When he was 13, Kyler's life went even more downhill. When he was walking from school, a cyclops killed his only best friend, who turned out to be a son of Bia. He defended Kyler which caused his death. On the same year, He opened his mother's bedroom door when she called him. She had a pistol on her hand next to her temple. She told him she could not live anymore. She prayed to Mother Mary yet she's still suffering from insanity. She then told him to neer be like her, never fall in love. She told him she loved him and is very sorry then---pulled the trigger. As Kyler was traumatized by the scene, he tried to stop hs mom and let her hand him the gun, yet she refused. He then cried for his life.

After the Mistress' death, the maids underestimated Kyler and robbed their money and beat him up. When he was 14, he learned the great fun in killing. He killed every single person in his house and went to his grandparent's house just to kill them too with his hands and Kusarigama. He loved blood, he loved death, he loved pain. After those scenes, he ran away bring food, cash, clothes, loads of money. He then collapsed in the forest out of fatigue and was found by the Broken Covenant. He was treated immediately. When he woke up, he was claimed by Zelus, also he was disgusted and joined the Covenant.

Personality:Kyler is a melancholic guy. He can't sleep most of the time, insomiac. He's a masosaddistic most of the time, more on saddistic. He's what you can call the cool-silent type. He talks few words, ignores people who love him, praise him and such. He has never loved or been loved (well he feels)

Likes:Kyler plays the saxophone, blues. He loves rock music as well. He's a masosaddistic. He is also a writer of sad stories, songs, and poems, mostly poems. Dislikes:He hates lively and girly stuff. He hate people disturbing him and bugging him bout stuff they should keep their noses to themselves only. 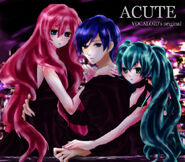 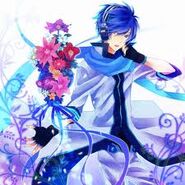 As a son of Zelus, the god of rivalry, envy, zeal, determination, jealousy, Kyler:

What faction you desire to be a part of to see an overview of each faction?Veritum Unitum

Why should you belong to that faction, what are your core beliefs, why does their ideology suit your personality/beliefs?Kyler words: "...I hate the gods. My father especially, he is someone who I want to kill and have his head on a platter! I was born to see my mom's own death, maids to turn against me, mortals taking away my right and live a hell of a life! My father, it was all his fault!Without him, all of us would never have the need to suffer. I will do ANYTHING to be better ad to defeat him until my last breath. He will NEVER be forgiven..." Smile my friend!You only have one chance to live, live it well. ~Broken_fire 12:11, June 21, 2012 (UTC)

Retrieved from "https://camphalfbloodroleplay.fandom.com/wiki/Claiming:Broken_Covenant/Kyler_Dale_-_Accepted?oldid=1243527"
Community content is available under CC-BY-SA unless otherwise noted.