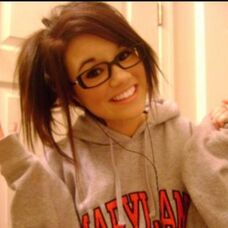 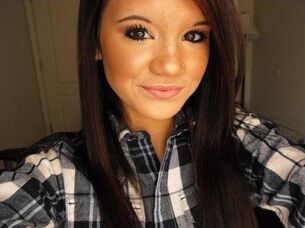 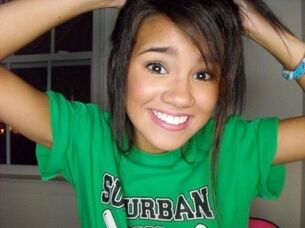 Four years after the great Trojan War, a young Trojan man who happened to stay alive during the great attack of the Trojan Horse, now fully grown, was wondering the streets of Greece. He safely managed to not only survive, but also lead the Greeks to believe he was one of them. He was a mouse among men, and yet, no one was able to figure it out. He lived successful life, and eventually died at the age of sixty-seven after a severe heart-attack.

During this time however, he had met a young woman. Without knowing her name or anything, he approached the woman and asked if she would give him some directions to a feast. The woman gave him directions and when he asked her to point him in the right direction, the man knocked the woman out and raped her whilst she was out. The woman turned out to be Hera and she eventually became pregnant, thinking the child was Zeus', she kept it. When she found out the child was a demigod after birth, she was disgusted with the man who raped her, so she decided not to hand the child over. But instead, she handed the child to someone she felt could do a better job at raising a child, so she sent one of her servants to dump the child in the mortal world. The newborn soon went to an elderly couple, and the child never saw her father.

The girl who would soon be known as Lacy Tegan, grew up with the elderly family. Neither of the elders knew how the child came to be, nor did they know what would come of it. But nonetheless they raised her as their own. She was taught from a very early age about the Gods who had ruled Greece and eventually came to find out that some of the Gods were the cause of the Trojan War, the war that destroyed her father's city. With the elderly knowing Lacy's Trojan origins, and that being the only fact Hera's servant told them, they knew they needed to protect Lacy. She had feelings of hatred against the Gods at the young age of seven. But she would never tell a soul of the feelings she had.

Soon, at the age of thirteen, while adventuring through the streets of Greece, Lacy was wandering through allies when she ended up becoming lost. While on a trail to find her way out, she stumbled into what appeared to just be an oversized man. But when he lifted his head, and only on eye shined in the sunlight, Lacy figured out that this was not just a normal man, but instead, a Cyclops. A great beast the elderly told her about. She knew nothing of how to fend off the beast. But soon, she didn't have to think about how to. Shadow's filled the ally, and a figure stepped out from the shadows. With a swipe of what appeared to be a sword, the monster vaporized and left a pile of dust.

The man forcefully pulled Lacy along into more allies, until they arrived at her home. On Lacy's seventeenth birthday, after three more monster attacks she managed to fend off with a dagger the man had given her, the man had returned, he looked more matured, but nonetheless Lucy recognized him. He asked her to come with him, and she agreed. Soon after, they reached a sewer entry and climbed in. The man pulled Lacy along until they reached what appeared to be a lair. When Lacy began looking around the lair, she found herself, and two other magical images of people she had never seen before. Under her picture was her name, age, location, and the name Hera. When she turned around to ask the man what the photos were for, she was greeted with a ring, the ring had the sign of the gods. She accepted the ring, and soon came to learn what the ring symbolized, and what the pictures were for.

Soon each of the magical images Lacy saw, as Lacy and the man found them and asked them to join the "group", became people very close to her. She adored each and every one of them. Throughout the years, they became close. But when one of them went into a frenzy, he killed the founder and a female follower. With only Lacy and a daughter of Circe left, the daughter of Circe quickly put a spell on Lacy and she became immortal as she wanted Lacy to survive, the spell would eventually stop working a year later. Later that night when the two women were fleeing the sewers, the man found them and killed the daughter of Circe. When he approached Lacy, sword raised he cut her face, up, and left her to die. However she did not, and eventually the wounds healed from ambrosia and nectar she had taken from the base, but a part of that dreaded night would soon haunt her for the rest of her life.

As Lacy moved on with her life, she felt like she had started anew. But the side affect of the frightful night had also begun, when Lacy woke up and looked at herself in the mirror, she saw a horrible human being, a scarred face, and a broken soul. She had never seen herself so beat up since the night her former friend attacked her, the marks were in exactly the same place, healed, but still strongly visible. Lacy spent the whole night terrified and scared, she didn't want to leave her home. But the next morning when a daughter of Circe knocked on Lacy's door, she found out that it was only visible to Lacy when looking in a mirror. Soon the two became close friends, and the child of Circe managed to keep the immortality spell on Lacy. For one year she would have to renew the spell.

Soon Lacy found out that her "best friend" was in fact planning to turn many mortals into immortals and give them powers to lead them into Olympus. When Lacy was given the information, she immediately requested to see Zeus up at Olympus. Managing to finally speak with him when he was on earth, she informed him of the child of Circe, and soon Zeus killed her, granting Lacy, eternal immortality. However with Zeus' generosity, Lacy never would return the favour, for that was what she planned, for Zeus' to be grateful and grant he immortality. With him doing so, she immediately turned her back on the gods. For reasons not even she could figure out.

Roughly a year later however, while walking through Greece, Lacy bumped into a couple. Unknown to her however, the couple was Zeus and Hera. With both gods already knowing Lacy, since Hera was her mother, and Zeus granted her immortality, they decided not to tell her. But Lacy had already realised she was in the presence of gods. She just didn't know who it was. For the inconvenience, Hera invited Lacy to an early lunch, Lacy accepted as she wanted to find out just who they were. While having lunch however, Hera accidently slipped up and informed Lacy that she was her mother. Lacy remembering back in the days when she had her gang that Hera was listed under her photo, knew that she was in the presence of her mother. She then put two and two together and figured out Zeus was also with her. As both the gods already respected Lacy for her decision in helping them kill a future uprising, they offered her a position as on of Hera's servants. She happily accepted, for one reason, she wanted dirt on the gods.

For decades Lacy was Hera's most favourite servant, for the reason that she was her daughter. The feeling eventually became mutual, and Lacy lost her original feelings towards the gods, she respected them. Up until one fateful night, when Zeus was drunk and Hera was away from Olympus, Zeus forced himself upon Lacy as he had slight feelings towards her, and eventually he attempted to rape her. With Lacy being disgusted with Zeus' carless attitude towards her constant struggles soon she had freed herself from Zeus and locked herself in her room, she bagged Hera to help her the next morning. But when Hera said what's done is done, and that it was out of her hands, Lacy's former feelings towards her mother and the gods returned. Lacy left Olympus the next night when everyone was asleep. Soon she stumbled into Heinrich Alten, the leader of the Broken Covenant. He saw her distressed nature and asked her what was wrong. She informed him of everything that happened and he soon took her to the Broken Covenant headquarters.

Lacy is generally a very upbeat happy-go-lucky girl. She doesn't let any personal attacks get to her, and will usually just walk away from a bad situation with a hop in her step and a smile on her face. She tends to become very snarky and rude at times, and it usually just comes out of nowhere. She is a very stubborn person, often if she does not get what she want, she will find a way to get it. She has a tendency to manipulate others without noticing it.

Faction: Not needed (Bach said I don't need it since she will eventually be a lieutenant)

You have about 2 days to finish this claim, would you wish for a 7 day extension?

This is now completed :) Thank you for the extension.

OOC: So basically, Brocky applied his char for a BC lt, which he got. Since there's no apparent category for BC lts alone, I just put it on a random faction category. It does not affect his claim or whatsoever, just to show that his character got claimed.

Retrieved from "https://camphalfbloodroleplay.fandom.com/wiki/Claiming:Broken_Covenant/Lacy_Tegan_-_Accepted?oldid=1237438"
Community content is available under CC-BY-SA unless otherwise noted.