History: Daniel Holloway was a famous author, he's books were very popular and many people enjoyed them. He soon met Styx in a library, he immediately fell in love with her. He soon walked over and the two started chatting, they became close friends. They slowly became closer and when Daniel asked her out she nodded, the two began dating and Styx soon became pregnant. She told Daniel that he could never see her again since she was a goddess, he said if she really loved him she would've stayed here with him. She sighed and told him she couldn't, nine months later she went to the door step and placed Mari by his door step. Daniel took Mari and loved her dearly.

When Mari turned ten, Daniel went out with his friends to the bar and said that it was all her fault that Styx isn't here. Mari tried to stop but she couldn't, he became a drunk. She had to watch herself and at school she would look at the teacher's while the stare at her waiting for her to say the answer for the question, she would look down at her doodles in her notebook then answer the wrong answer. When she went home her father had invited a few friends, he told her to get water and a slice of pizza then go up stairs and don't come down until an hour. She nodded and did as she was told. When she turned thirteen everything changed, her dad sent her to her grandparents and he said to stay away from him. Mari tried to ask why but he just said go.

When she was with her grandparents a few of the teacher's started following her, Lyvian was clearly freaked out. She told her grandparents and they told her to ignore them, so she did as she was told. Lyvian didn't understand anything, no one spoke to her and people whispered to each other when she walked in the hallway people laughed at her for getting into trouble a lot. She really hated a girl named Honey McRae, a girl who looked down on her and teased her a lot because of her dad. She would say things about how her mom abandoned her and that she probably ran away from her and her dad because they were both useless. When Lyvian went back to her house she would lock herself in her room and cry, her grandparents tried to get her out and try to make friends but she wouldn't listen.

When she turned fifteen, she was talking to herself in the woods and soon a manticore appeared and started chasing her. She started running and screaming until the hunters of Artemis came and manage to killed the manticore, Lyvian who was clearly freaked out about what happened stared at them speechless. Artemis soon realized that she was a demigod and she started explaining about the hunt and how she was a demigod, Lyvian slowly started understanding everything and Artemis soon asked her if she would like to join the hunt. She nodded and accepted the offer, she was happy that actually some people finally started to talk to her.

A few months later Lyvian started to get bored at being a huntress and she asked Artemis that she'd like to go back to her family, Artemis soon told her about camp and she soon got interested. She asked if she could go visit there and stay there. Artemis said that she could go but she had to take away her immortality, Lyvian accepted and soon fainted. She appeared near the lake and she soon stood up and started looking around the camp, she was clearly bored of the place so she went out and soon met Mystic and Misaki. The three of them started chatting and the two girls explained about the Broken Covenant. Lyvian soon decided to join and followed the girls back to the covenant and decided to join Civitas Popularis.

Personality: Lyvian is a bit of a weirdo, she says the most random things and she doesn't care about what people think of her. She's very hyper and likes to read a lot, she tends to annoy people a lot since she finds it fun and she likes to read a lot. She likes to play basketball and enjoys ice skating, she's also quite lazy and sometimes asks other people to do everything for her. She's quite friendly and eccentric, when you first meet her Lyvian is quiet and doesn't speak much and says 'Um', 'Uh' or 'Erm' a lot. She's super protective of her friends and she doesn't like people who boss her around. She also enjoys singing and being by herself. She's a bit of a daydreamer, she sometimes hates herself for being her. She dislikes her personality time to time, she's also not that intelligent and her grades aren't that well. Although she's very good in creative writing. 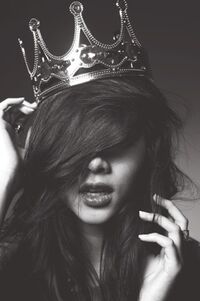 Reason: Lyvian believes in equality and fairness, she hates it that Styx left her and her father alone without talking to her at least once. She thinks if they takeover Olympus they'd be just as worse as the old gods, she wants to make a democracy where everyone can fit in since she was tired of herself being bullied and teased at when she was younger. She also thinks that everyone should be accepted and not left alone or forgotten.

"I realized what I was looking for was this close to me all along." Mayu Watanabe/Silver

Retrieved from "https://camphalfbloodroleplay.fandom.com/wiki/Claiming:Broken_Covenant/Lyvian_Holloway_-_Accepted?oldid=1231455"
Community content is available under CC-BY-SA unless otherwise noted.