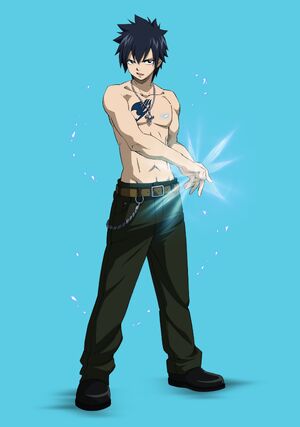 Personality: Dark humor, hates company, he does not like fresh air and is more of an indoors guy.

History: Oliver was born on the 31 of August 1995 to Anna Shade and Phobetor. His mother and father met in a horror movie. He was under the name Griffin Faber and he dated Anna Shade for 4 weeks. 12 Months later Oliver was born.

He was born in Seattle, USA in a very small flat where he lived for 2 years with his mother and step father (Johnson Small) From a very early age Oliver was never bothered by nightmares which his friends found very very weird. He always hated John and found it evil that is mother would re-marrie so eairly after his birth. He always attempted to run away, and did so on countless occasion.

He once ran away when he was five he ran as far as Woodland Park Zoo, here a strange man walked up to him and asked him if he wanted to come for a ride in his car with him. That second a police man walked up and shood the man away. To this day Oliver swears that the man had fangs for teeth and a snake like touge. He was later sent back to his house where he was punished.

He was sent to The Seattle School at age 7, where he had one friend, Emily O'Brian, whome he love with all his hart. After 3 years of being friends, he never edmitted his love for her. 3 month later, she moved house. Oliver was heart broken. After this he really his house. While he was in the house many men/women would come and ask him to come out and play. Luckely he would never answer the door

At age 10 John left Olivers mother, which made her blind with rage. She would beat Oliver for no reason. He would always have a black eye and brused arms. He would pray every night but no help would come, after this he hated the gods with all his hearts. After 5 years of this abuse. Oliver ran, he ran and never stopped. He rode random buses and took random paths through dark forests. He was chaced by many 'monsters' and he thought he was getting mad.

After about a month of running, he was caught, while he was sleeping in a tree by a cyclops. In the cyclops's 'home' where the remains of many people, purple and orange tops littered the floor, and some swords and weapons it seamed. He was hung upside down, while the cyclops was preparing the cauldron, in which he would stew Oliver. While the cyclops was preparing, Oliver grabbed a large stick, that had been thrust into the ground below him. He could just reach the stick, and he pulled it up, just before the cyclops was walking over. He would thrust the stick deep into the cyclops's eye, where he would stumble, hit his head on the tree, a large branch would fall from the tree, hitting him on his head, he then went unconscious. While the cyclops was stumbling around Oliver was undoing the knot about his leg. He fell free, picked up a small knife in the ground and ran. The cyclops blindly ran after him following the sound of Olivers large feet, he knew he couldn't out run him so he hid in a tree. When the cyclops ran past he jump on his back. He plunged the dagger deep into the back of the cyclops's head, which bursted into dust

After weeks of scavenging he was too weak to move, he collapsed by the foot of an old willow tree. When he awoke the people there said they had saved him, for he was the Son of Phobetor and that they had taken him in and feed him, clothed him and made him strong and healthy again. He arrived aged 19. Here he made many friends and is there to this day. He joined the Liberi Supermun because they told him about there cause, which he agreed with. And he doesn't think that the god should rule any more. He hated the gods, not using nearly any of there powers. He also hated mortals, after his mother had abused him. He wan't to see the gods down fall. He always thought he was better than this, he wanted more power, power over the mortals.

Why would a monster ask if he wanted candy? Dating at 10 years old is quite rare considering they don't have a car or and would need parental supervision. He would have to leave the house sometime to go to school, doctor appoinments, etc. How did he avoid monsters for so long? Why does he want to join the BC? How old was he when he arrived at the BC?The true genius shudders at incompleteness and usually prefers silence to saying something which is not everything it should be. 22:59, August 28, 2012 (UTC)

You didn't change anythingThe true genius shudders at incompleteness and usually prefers silence to saying something which is not everything it should be. 20:30, August 29, 2012 (UTC)

Am I just overlooking it or have you not said which faction? You also need a reason for joining that specific faction, not just the Bc

Why exactly did he join Liberi?

You have to actually say why he's fit for liberi, you can't just say cuz he agrees with the cause, it's not a good enough reason

Liberi doesn't outright hate mortals, they just see the mortals as collateral damage, a means to an end to get the powers from the gods by getting the mortals to worship them

He wouldn't be able to avoid monster attacks for so long. "Liberi doesn't outright hate mortals, they just see the mortals as collateral damage, a means to an end to get the powers from the gods by getting the mortals to worship them".The true genius shudders at incompleteness and usually prefers silence to saying something which is not everything it should be. 14:21, September 1, 2012 (UTC)

Hitting his head on a tree wouldn't kill a cyclops. The true genius shudders at incompleteness and usually prefers silence to saying something which is not everything it should be. 15:25, September 2, 2012 (UTC)

That still wouldn't kill it, maybe slow it down, but not kill it.

Okay, but the knife was just lying in the ground at the same spot the monster had appeared?

How would the cyclops know where he was going if it wasn't able to see. Did it hear him? -RaidenTheNinja

Again, just hating mortals isn't what gets you into Liberi, they don't hate mortals, they are just willing to use the mortals so that they can steal the gods powers by having the mortals worship them. Think of mortals like collateral damage in war time, an ends to a means. Also, Liberi doesn't want to JUST take to down the gods, they want to become gods.

ooc in other words at this point you are only approved into the BC itself, Jake will have to approve you for his faction

Retrieved from "https://camphalfbloodroleplay.fandom.com/wiki/Claiming:Broken_Covenant/Oliver_Shade_-_Approved?oldid=1233578"
Community content is available under CC-BY-SA unless otherwise noted.