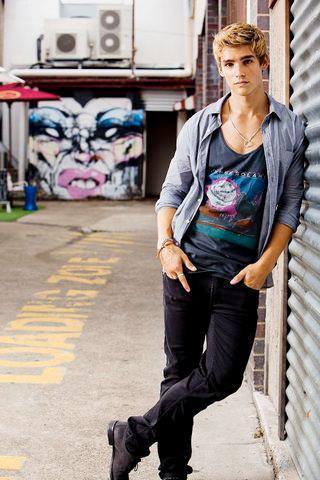 Personality:Shane is very self loathing, a part of him blames himself for what happened to May and his brother. He does his best to think his decisions through and to be calm and level headed. Since he had a bad habit of letting his emotions get the better of him when he was younger. Strange enough for a child of Lethe, Shane has an excellent memory.

History:Mnemosyne and Lethe are always at odds end, the two goddesses were always at eachother’s throats. They’re two sides of the same coin, memory and forgetting. Carter Young was a very attractive son of Mnemosyne. After a very interesting quest, Carter and started a very sexual relationship with Lethe.

One day, Lethe was incredibly embarrassed by Mnemosyne, She remembered Carter and how she could use this to her advantage. Mnemosyne had broke rules and headed towards Carter’s house to visit to him, ‘’’many’’’ gods have done this. Anyway, Lethe appeared and made Mnemosyne forget Carter was her son.

She was disguised as a mortal, so Carter had no idea. But Lethe’s powers would only stay in effect if she was there. Since Lethe already possessed a strong lust for Carter, it led to a three way between them all.

Both of them left pregnant with his child, months later two baby boys appeared in his house. Carter was a demigod so he knew exactly what happened. He named his son/half brother Jace and his other son Shane.

Growing up, Shane was always somewhat bashful and lacking self worth. While Jace was prideful, arrogant and very self centered. The Young Brothers were never close and avoided each other at school and barely ever spoke at home.

So when they were 13, Jace was having a threeway with two cheerleaders from the nearby high school while Shane was simply at the library. Shane was attacked by a giant scorpion while a flock of harpies flew down on Jace. Jace accidently charmspoke the beasts, which gave him time to escape.

While Shane accidently sent two of the giant scorpion’s attack into oblivion, this gave Carter time to rescue his son and easily slay the giant insect. Once all 3 demigods returned to their home, Carter quickly took them both to camp.

The two 13 year old boys were still completely different, people were even shocked to hear that they were related. Shane was still somewhat of an introvert, while Jace constantly met up with girls around camp and became quite popular.

But during Shane’s time at camp, his mother gifted him a canteen full of the waters from her river. If even the smallest amount of water was used or otherwise removed from the canteen it would refill itself the next morning. Allowing Shane to use his powers to make constructs out of the water.

This went on for 3 years when a radiant and gorgeous daughter of Aeolus arrived. Her name was May, Shane was quickly infatuated with her. Jace had enough girls to manage, but when he found out about Shane’s crush he thought it’d be funny to steal her from him.

As a powerful love triangle occurred,May’s father sent her on a quest and she made the awful mistake of taking Shane and Jace. As the quest proceeded, Jace had gotten quite cocky as he slayed monsters. Managing to impress May somewhat, Shane’s envy causes his to leave the group, especially since Jace was bragging about how he didn’t need his help. But after an attack from a pack of cyclops, Jace receives massive head trauma.

May felt quite guilty and slightly upset at Shane, so she ended up falling in love with Jace after he arrived back at camp. Sadly, the head trauma had caused Jace to be even more selfish and sexually ravenous than before. ‘’’Especially’’’ when he drank, causing him to rape May. Shane was furious when he found out, causing him to disown Jace as a brother and make a threat on his life if he ever saw him again. So he left camp and May swayed towards Shane.

A few months later after they eloped and got married at the tender age of 17, Jace had fell into an alcoholic depression and died in a car accident. But Mnemosyne was furious, if Shane never left Jace in the first place. May would’ve never gotten raped and Jace would still be alive. They were happily in love, blissfully unaware of his death. Which only fueled Mnemosyne’s rage. She yelled at Carter, claiming he should have more control of Shane.

Mnemosyne goes to May and enchants her memories. Making her think Shane was the one who raped her and that he killed Jace, her only love and forced her into marriage. Their honeymoon is cut short, with May fearing and resenting her new husband. She quickly leaves him and ends the marriage.

Shane was humiliated and embarrassed, he couldn’t bear the idea of returning to camp and facing everyone. So he returned to his dad’s who had taken mnemosyne’s side in the whole thing, blaming him for Jace’s death. So Shane ran away and was almost 18, so he ran away with his own saving account and plotting to find work.

After working around for a bit, his training allowing him to handle monsters. He had ran into a group of homeless demigods. Their leader was Tyler, son of Hermes who was more than kind enough to allow Shane to join them. But after Shane turned 18, Tyler had joined the BC as a recruiter. At first, Shane thinks all demigod groups are the same and turns down his invitation to join him.

A year later when he’s 19, Tyler quickly saves his life from a very deadly dragon. Causing the son of oblivion to soften up to the BC’s cause and goes with Tyler to join since he’s been hurt by the gods. Joining Civitas since he finds the god’s rules unfair. The only god he truly hates is Mnemosyne.

Reasons for joining:Shane finds the gods rules unfair, gods can run rampant and ruin people’s lives for petty vengeance. Demigods are forced to go on deadly quests and can never really see or bond with their parents. The only god he truly hates is his grandmother Mnemosyne, because of how she blamed him for his brother’s death and took his wife’s memories of him. he wishes for a world where everyone gets a proper say and the gods can’t create problems without being properly punished. He even wouldn’t mind meeting his mother.

Retrieved from "https://camphalfbloodroleplay.fandom.com/wiki/Claiming:Broken_Covenant/Shane_Young_-_Accepted?oldid=1397013"
Community content is available under CC-BY-SA unless otherwise noted.