Start a Wiki
Index > Camp Claiming > Camp/Anthony and May Valentine

Personality: Anthony is very shy and distrusting, thinking everyone will think he's a freak. May being the only person he really trusts

Anthony and May didn't have a simple life, being raised by a mother who was a second rate stripper who wasn't at home much. Anthony had to take care of his sister, they had a very strong relationship growing up. Deeply caring for another, they were attacked by a telekine when Anthony was 10 and Mae was 9, but they managed to outrun it, it's flippers making it hard for it to follow them.

Selene taught the Valentine kids how to fend from monsters and gave her some weapons she got from a fling with a child of Hephaestus, managing to get some time with them when their mom wasn't around. Selene enjoyed their company, so she didn't bother sending them away to camp. So for the next 7 years, Anthony and May were trained and cared for by Selene. When Anthony was 17 and May 16, she thought it was time to take them to camp after a really bad Laistrygonian giant attack. Dropping them off to a satyr who took them to camp. 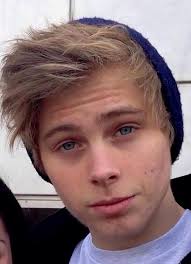 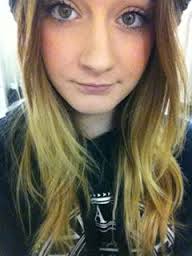 (will own Anthony) A sword swallower through and through. ~ Gruff

A day to finish, do you wish for another week of extension? There is a crime, but no criminal. ★❣Broken❣★

Today is your last day. If you wish to have an extension, kindly say so.

Tomorrow is the deadline, do you wish for another extension?There is a crime, but no criminal. ★❣Broken❣★

I understand that the mother isn't around much, but she is at least around part of the time. How is it that this woman is just able to start taking care of these kids?

You still didn't fix the issue I said earlier >.< please fix it, and just so you remember the issue was:

Why didn't Selene just bring them to camp immediately since it's the safest place for them?

Please add the current ages at the top of the claim, as well as ages through the history.

This claim has been approved as children of Boreas. You now need to make a page for them and a word bubble, if you aren't sure how to do this you can see the guide here. Once you have done that you can add your character's name to the cabin list located on the cabin pages and start role playing with your new character. If you have any questions feel free to ask a member of the Admin team.

Retrieved from "https://camphalfbloodroleplay.fandom.com/wiki/Claiming:Camp/Anthony_and_May_Valentine?oldid=1200199"
Community content is available under CC-BY-SA unless otherwise noted.