Name: Aran Elizabeth Leaydel
Referential God Parent Choices: Harmonia, Nyx, Cybele
Weapons: Aran has a celestial bronze dagger that she got at the fair with her mother.
Appearance: 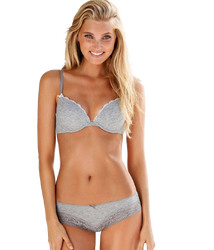 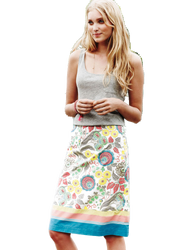 Personality: Aran is calm, collected and quiet, she loves unconditionally, but sometimes finds it hard to do so. She is accepting of leadership and is willing to obey as long as she thinks what they've told her isn't wrong. She is inquisitive, and likes to solve all kinds of issues, from mediating to helping people with issues that they have in their life, to giving practical advice to those who need it.
Description: Aran weighs 140 LBS, she has blue eyes, Caucasian skin, blonde hair, and a well toned body.
Pet: Aran has a pet dragon that is named, "Seraphim" however his name is written in Greek as Σεραφείμ
History:
It was then, it was then that night in 1999, May 11th, at four in the morning that Aran was conceived, her father had slept with her mother in her mother’s apartment, and for her father, it was all too good to be true. However, we shall look upon this story from a different light…

Hi! My name is Aran Elizabeth Leaydel, and my father and I used to live together in a cabin in the woods in Murfreesboro Tennessee. But, let me start from the beginning: My Dad’s name is Michael Mitch Leaydel, or at least, that’s what I’ve been told by my step-mom, she says dad passed when I was only three years old, which was when my Dad married my step-mom.

So, my Dad met my real mom, and “legend” has it, her name was Hayden. Michael and Hayden met at a peace-keepers conference, Michael was trying to make a commitment to keeping promises and being a better man than his father. His father had left his mother when he was just five years old for another woman, and came back intermittently to beat his mother and steal from her, only to go back to his next girlfriend. However, while Michael had a girlfriend, he couldn’t help but notice Hayden from afar.

Michael worked his way closer and closer to Hayden, finding that as he got closer, she became more and more beautiful. Upon reaching her, he asked if she’d like to go get ice-cream, to which Hayden agreed. So Michael walked Hayden to her car, and then climbed in with her, as he’d been driven by a friend who had already left.

They reached the ice-cream shop, and soon a happy conversation started, Michael felt at peace around Hayden, and so he asked if she’d care to join him at his apartment for a drink or two. Hayden however, insisted that they have drinks at her apartment, and so after finishing their ice-cream, both went to Hayden’s apartment. Where before even making it through the front door, they were in a fit of kissing and mad rage of love, that night they had sex twice, and in the morning they had it again, and finally Hayden told Michael that she had to go on a business trip. Michael was okay with this and wished her well on her trip.

Then, a few weeks later, a little girl arrived on Michael's doorstep in the driving rain. Michael ran out and grabbed the little girl, the blanket she was swaddled in was soaked, and he was dismayed that anyone would leave a child out like that.

Weeks later, Michael's girlfriend found out about the fling, but, being a demigod herself, she understood what had happened when the child appeared a few weeks later. Her name was Jessica, and she married Michael so that she could be a watcher and guardian of what she thought was going to be a young demigod girl. The first three years of their marriage was happy, then Michael didn't come home from work one night, and it became apparent the next day, that while Michael was closing up his jewelry shop, a robber broke in, shot Michael and stole a ton of goods. Jessica was distrought at the passing of Michael, but she was determined to do her best to raise me.

Jessica decided that she would homeschool me as I grew up; Michael had had no clue I was a demigod, but Jessica had a severe suspicions that I was a demigod. As I grew I found it increasingly hard to sit still, however I could read perfectly fine. So as I learned about things with Jessica, my demigod powers were growing. I reached the age of five and Jessica began to start taking me shopping for clothes regularly—we lived in the excess of my father's insurance. When I was eight, Jessica took me to a fair, and it was the beginning of three long years of traveling and doing things together with my mother, it was a happy time during my life, just before Jessica got cancer, and everything changed.

I reached the age of eleven and Jessica took me to go see a movie, it was the best Disney movie ever, and it was called Tangled. I absolutely loved it; after seeing the movie, Jessica took me to see a knight's fair which was at an open field in a rural part of New York, far from our home in Tennessee. I begged Jessica for a bronzish dagger that sparkled like the color of the sun. Jessica finally caved in and bought it for me, along with a pair of leather gloves, a jacket, leather pants, and a gold and silver ring. However, Jessica had a sparkle in her eye when she bought the dagger, she said it was "special" and that it would keep me safe from things to come.

I was happy at the fair, until the foul beast with the wings came, she screamed at me and I cried, my mother saw the harpy trying to harm me, so she grabbed a celestial bronze sword off of the table that was selling "greek wares" and she ran the beast through with the sword, and it caused the harpy to turn to dust. From that point forwards, my mother was scared of losing me. She thanked the man at the tent, I swear he had goat legs, and he just let us keep the sword that Jessica ran the harpy through with.

A few years later, five to be exact, and many monsters later, it was 2015, I was then sixteen, and Jessica more and more being crippled by her cancer, I cried and cried, but somehow I had peace during her passing. However before her passing, and while I was in the hospital, a strange woman came to see me, yet I couldn't speak, and then I knew I was asleep. She said her name was Hayden, I thought it was my real mom, but she simply smiled, and handed me a letter, saying, "I was a friend of your father's from when he was a child, he wanted you to have this," I awoke and saw that there really was a letter, and I began to question my own mind, was I really that tired?

The letter contained directions to Camp Half Blood. Jessica decided that's where I would be going, so she skipped two cancer treatments, declaring that they weren't going to help her anyways. Jessica sent me back to our house, (from the hospital) and told me to take the family car, which at the time, was an FRS. So I grabbed money and drove, following the instructions in the letter. I was wary of people during my way to the camp, and continually wore the clothes my mother had bought for me, as well as the ring, the dagger strapped to my side and the sword strapped across my back.

I went into a gas station at one point to pay for gas, and the guy at the counter never noticed the dagger or the sword, it was as if they didn't exist to human eyes: little did I know, my mother, and the satyr that had give us the sword and dagger, had enchanted them so that they would not be visible to the human eye at all.

So I got back out into the car and drove, I a was almost to camp when I reached a parking lot, I parked, but for a long ways there was nothing but strawberry field. Then the harpy dropped from the sky but I felt a peaceful voice speak to me, "Worry not child," and a miniature dragon swooped down from the sky, picked up the harpy by its wings, and while the harpy tried to scratch and claw at the dragon, it couldn't reach the dragon's talons, which carried it up into the air, and then dove at the ground. Breaking out of the dive a few yards before the ground, dashing the harpy into the hard rock ground, dazing it.

Having seen this amazing act by the dragon, I ran up to the harpy, pulled my sword and awkwardly ran it through with the sword, turning it into dust. Then the dragon nuzzled up next to me. I shared some food with him, and he, being the size of a great dane was able to make me feel safer as he led me slowly into the camp. Along the way to camp the dragon battled with me mentally, constantly attempting to lash out at me with his tail and claws, only for me to jump back and force him to be in harmony with me. After many times forcing the dragon to be harmonious with my mind, a sort of bond was created, and the dragon and I were able to converse in rudimentary terms. After that I knew the dragon to be a him, and to be named to be Seraphim, or Seraph as I called him. Upon reaching cam my mother Harmonia claimed me and let my life begin with Σεραφείμ (Seraphim).

Hi Rachel. Welcome to the wiki and this is definitely a good start, however there are some minor adjustments you should probably make before this character is claimed :)

I think I fixed everything! c: The Lovely Rachel (talk)

Retrieved from "https://camphalfbloodroleplay.fandom.com/wiki/Claiming:Camp/Aran_Elizabeth_Leaydel?oldid=1581222"
Community content is available under CC-BY-SA unless otherwise noted.