14(2 days after arriving at

Danny was a middle aged baseball player who was in his mid 30s. One time he was at a bar, after a late game, drinking, when a beautiful woman around his age approached him. He started flirting with her and being drunk, he started getting it on with her. He drove her to his place and went When he woke up, he found that she was gone, and he had a massive headache.

A few months later he found a baby girl on his front stoop with a letter that only said ‘It’s yours.’ He remembered what had happened the night. He decided to keep the boy and raise him. He taught the boy how to do things on his own. He was tutored by many people and taught many things. One would teach her how to fight and fence, others would teach her sports and more. Danny wanted the best for his daughter, so he even bought the top trends and he sent him to the best private school in the state.

He took her to the World Series Championship game of 2009 and the Summer Olympics of 2004. He enrolled her into Holy Cross School, making sure she got the best education, and he also explained to her teachers about her ADHD and dyslexia, and they understood. They made sure she received the best education that she could get. They taught her several languages, mathematics, and all sorts of other school stuff.

What Danny didn’t know was that the personal fitness trainer that he hired for Ariel, was actually a satyr who was looking out for her. He made sure that nothing bad happened. When Ariel was 13 years old, she was attacked by a hellhound while she was working out at the gym with Ash(fitness trainer) when a huge dog-canine thing(the hellhound) came bursting through the doors, breaking the door and walls in the meantime. It charged at Ariel, but Ash tossed a bronze sword to Ariel, which she caught, and she instinctively stabbed it in the chest, making it dissolve. He dragged her out the door and drove her back to the house. She demanded to know what had just happened. Ash told her that he would explain once they got inside. She finally agreed to go in with him and entered the house. Ariel called for Danny.

When he joined them, Ash explained to them that Ariel was a demigod and how Greek Mythology was real. He also explained about camp and showed pictures and a map of the camp. He also took his pants off, revealing he was half-goat.

At first, Ariel and her father didn’t believe it, in fact Danny was just about to call the insane asylum before Ash took his pants off. Finally, they started to believe that he was telling the truth. He also told Ariel to keep the sword and that if she pressed the bottom of the hilt it would turn into a ring. Ash lead Ariel to camp. A few more hellhounds attacked them on the way there, and Ash played his reed pipes to help Ariel kill them. When they reached the hill, a harpy attacked them. Ariel was instructed to run passed the big pine tree while Ash stalled the harpy. Reluctantly, Ariel obeyed running across the border. Once she was across the border, Ash quickly followed.

Ariel was claimed after she crossed the border. Ariel stays year-round for extra training. 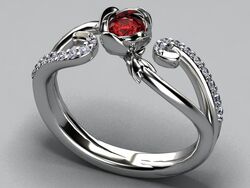 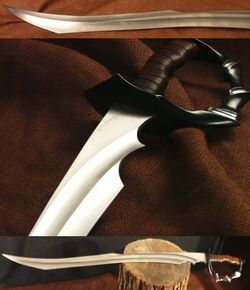 Looks good to me. But i know i've seen someone use that model before so i'd change it if i were you.

This claim has been approved as daughter of Nike. You now need to make a page for them and a word bubble, if you aren't sure how to do this you can see the guide here. Once you have done that you can add your character's name to the cabin list located on the cabin pages and start role playing with your new character. If you have any questions feel free to ask a member of the Admin team.

Retrieved from "https://camphalfbloodroleplay.fandom.com/wiki/Claiming:Camp/Ariel_Triton?oldid=1442988"
Community content is available under CC-BY-SA unless otherwise noted.