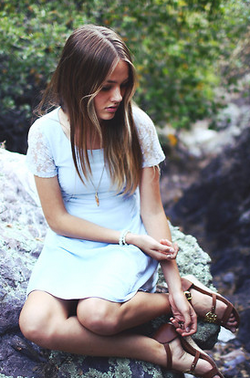 Personality: Aubrey is your average nature lovin' teen. She's a very helpful person and loves to voluteer in her free time. Aubrey is also very protective of nature, step on a flower or kill a snail she'll come out of no where and lecture you. She is also a wild and adventurous child and loves to be free like a bird and won't let anything stop her from achieving her dreams.

In 1996, Alexander Lucas Prior was a zookeeper at the Taronga Zoo in Sydney, Australia. He had just recently graduated college with a degree in Biology. He was one of the kindest and loveliset zookeepers there, he would always give the animals their favorite treats and gave excellent tibits about the animals to the visitors. He was definetly an animal person. One faithful day in the Summer, after giving a group of Amercans a tour of the Zoo, a woman approached him with a warm smile. This woman was the goddess, Cybele. After hours, he took the beautiful lady to a local cafe. They chatted for hours about nature and Alexander felt something he had never felt before, love. Later, Alexander led the woman into his apartment and before you knew it, Aubrey was concieved. After spending a few days with the lovely lady, she just disappeared which made Alexander mad and confused. A few months later, Alexander came back to his apartment and was shocked to find an animal nymph at his doorstep, carrying a shimmering basket that contained his daughter. While he was bewildered, the nymph began explaining about the woman he slept with, his daughter's specialty, and Camp Half Blood. As soon as she was done, she disappeared and all was there left, was the basket and attached to it was a Falchion.

Ever since she was a little girl, she hated the city of Sydney. Aubrey hated the noise of cars at night. She hated all her rich classmates and absolutely hated when they scoffed at her for her enjoyment in nature. While they all spent their free time playing gadgets, or hanging out with their friends. She would always spend her time at the School gardens, with the animals and plants. Seeing that she wasn't enjoying the city life. So when she was 10, Alexander allowed her to move to live with her grandparents in Central Tilpa which was a village located 11 hours away. Luckily, her grandparents absouletly adored Aubrey as they also loved nature. She was home-schooled by her grandmother who had been a teacher. When she was 13, she was out in the Beach by herself while her grandparents went to get food. A Telekhine came out of the waters wielding a sword. She started screaming wildly while it came toward her, a satyr came to her rescue and disarmed the monster. Watching the battle, she quickly fainted from shock. Aubrey woke up to the worried faces of her grandparents. They said that by the time they returned from the snack bar they found her on the ground. Aubrey didn't remember anything about the battle and life continued normally for the Australian teen.

That is, until her father showed up again for her fourteenth birthday and announced that he got a job offer in the Bronx Zoo. He asked her if he wanted to move in with her and she agreed because her grandparents were going to live abroad in Rome for a year and Aubrey had always wanted to go to New York City despite her hatred of cities. She loved the rich history, the monuments and the broadway shows. She was home-schooled by a tutor who was secretly a satyr by the name of Raymond. Her next attack was when she was 14, while she and Raymond went to get a hotdog. A big hellhound came out of no where and attacked her. She was scared as Raymond stabbed the monster with his sword several times and it dissolved into thin air. When they returned home, Raymond and her father had a discussion about the future of Aubrey. Raymond thought that he should tell his daughter of her origin and that she should go to Camp while Alexander protested that she shouldn't know and that she should stay they then made a compromise that she should know when she turned 16 .Then she was 15 going onto 16, Raymond and her were walking around Times Square when suddenly a harpy came, unnoticed by Aubrey. Raymond grabbed a couple of throwing knives and dissolved the monster. Finally it was the day she turned 16. She got lots of presents from her friends and family. Her father came and finally told her of her mother, her being a demigod, and Camp. Packing her items and put on a new flower bracelet that her father gave to her. Riding subways, Aubrey and Raymond set out for Long Island. A few hours later, they finally reached the entrance where a deadly scorpion awaited them. It lashed out on Raymond and Aubrey screamed manically as her friend began to bleed. But courageously he fought and soon he died from the poison. The Scorpion was in no finer shape and it weakly trudged over to Aubrey. It hit her, creating a small cut on her arm and her bracelet fell and turned into a Falchion. She wickedly stabbed the monster and it dissolved into pieces. Grabbing her items, she ran over to the Camp entrance where she was greeted by a few campers.

Wait... if she really hated cities, why on earth would she want to go to New York City?

looks good to me

This claim has been approved as a daughter of Cybele. You now need to make a page for them and a word bubble, if you aren't sure how to do this you can see the guide here. Once you have done that you can add your character's name to the cabin list located on the cabin pages and start role playing with your new character. If you have any questions feel free to ask a member of the Admin team.

Retrieved from "https://camphalfbloodroleplay.fandom.com/wiki/Claiming:Camp/Aubrey_Prior?oldid=1379003"
Community content is available under CC-BY-SA unless otherwise noted.