Appearance:She has long dark brown hair and green eyes, she also tans a lot. Audrey is really teeth insecure so she uses white strips a lot and brushes around 4 times a day. She is 5'0 and weighs 126Lbs, she has a lot of muscles because she dances.

Personality:Audrey is very outgoing and like to get into other people business, She doesn't care is gossip is bad she always listens and if she knows something is not true, she will fight fire with fire. She also thinks love is the most important in her life so she flirts a lot trying to find the right guy.

History:Emma was having a hard time in life she was a college student in Connecticut and her parents don't support her that much. She worked as many shifts as she could at Starbucks. She was 20 and in her 2nd year of college to be a professional dancer.

She was working at Starbucks when a very attractive man walked in, her shift ended in 5 minutes. He smiled at her an ordered. Emma was very nice and flirty, when he got his coffee he sat down and occasionally looked at her. When she got off she sat in the seat across him and he introduced himself as Alec. She told him her name and he got up and reached for Emma's hand. She was an excited and took it and they walked out of the shop. When they were around the corner he started kissing her. Emma was started but kissed back and enjoyed it. About a half hour later they made it to a hotel and they got a room.

when Emma woke up the next morning he was sitting at the edge of the bed. She asked him what was wrong. For a while Alec just sat there, when he finally talked it was not what she expected. He said he was Apollo/Eros/Thantos the god. When Emma heard this she jumped out of the bed. He told her that he felt bad for coming on to her when he knew he couldn't stay. when Emma didn't say anything he continued talking, he told her that if she gets pregnant the child needs to go to a camp in New York no later than 15.

Emma was still sitting in the room two hours after Apollo/Eros/Thantos left. She was baling her eyes out. But then she got up and left she practically ran to a Pharmacy. She bought a Pregnancy test and when back to her Apartment. She threw it on the table and laid on the couch. When her roommate Chelsea got home she asked Emma what was wrong. Emma told her that she might be pregnant and the man just left. Chelsea was surprised but comforted her.

The next afternoon she took the test Emma was sitting there worried and it came up positive. She felt horrible, and discussed. As the pregnancy continued it wasn't easy, she dance in class until she was five months. The good thing was a five months she didn't show that much, but she knew she had to stop now. She had a lot of morning sickness too.

When Emma gave birth to a baby girl, she was relived and really happy. The baby was gorgeous. Emma named the baby Audrey, Audrey was 8.8Lbs and 24 inches long. she also had a full head of dark brown hair. Chelsea was really happy for Emma and Emma told her that she would be Audrey's "Aunt".

As Audrey grew she didn't actually grow in height that much, Emma was short but she didn't think Audrey wouldn't barely grow. In Preschool and Kindergarten, Audrey was picked on a lot for only having a mother and being short. At the early age of 5 she was diagnosed with Dyslexia. And a year later with ADHD.

Audrey had a really hard childhood she struggled a lot with being short and her disabilities. But she was also very smart. By the time she was 9 she had only 2 friends and her mother had not told her about her father yet. When Audrey stated getting kicked out of schools for...anything teachers could blame on her. Emma was stressed she was now in 23 music videos for dancing she thought maybe put Audrey in a dance school. Audrey was there from 12-14.

One day she was sitting in the locker room being the slowest Audrey and her friend Amy were the last out when a teacher walked in, she cornered them and turned into something weird and Amy attacked it with a sword and they both ran. Thankfully Audrey only lived 2 blocks from the school, when they got there Emma was at the table eating.

Amy explained everything to Emma. Emma dropped her Pizza and ran into Audrey's room, Emma pack most of Aurdrey's clothes and her other things in 2 large suitcases and told them to get to the car. When they did, Emma was taking back roads driving frantically, After 3 hours of driving they got to the address that Apollo/Eros/Thantos gave her 15 years ago, she told Audrey everything and then Emma left never to be seen again by Audrey. It's been two years and Audrey is used to her life there, She had been given a CB dagger with pretty flowers engraved in the handle, she figured he gave it to her because he thought she was cute. But Audrey Still missed her mom.....a lot. 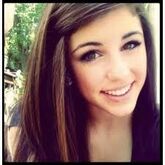 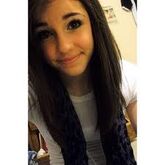 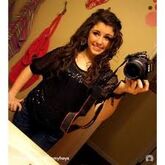 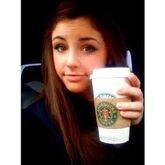 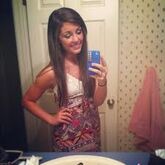 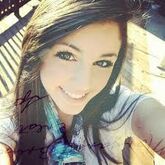 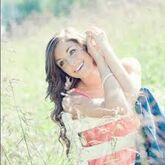 This claim has been approved as a Child of Apollo. You now need to make a page for them and a word bubble, if you aren't sure how to do this you can see the guide here. Once you have done that you can add your character's name to the cabin list located on the cabin pages and start role playing with your new character. If you have any questions feel free to ask a member of the Admin team.

Retrieved from "https://camphalfbloodroleplay.fandom.com/wiki/Claiming:Camp/Audrey_Millington?oldid=1200309"
Community content is available under CC-BY-SA unless otherwise noted.