Bellamy, in contrary to his sister Octavia, is a rather calm and serious boy. Growing up in the shadow of his twin, he never actually got the chance to get a social life. His unique goal was mainly protecting her, thus not giving himself the chance to discover himself. He feels that it is his job to look out for his sister, mostly arguing with her when it comes to her irresponsible behavior. Deep down, he only wants to keep her from love, afraid to loose her as they lost their parents. 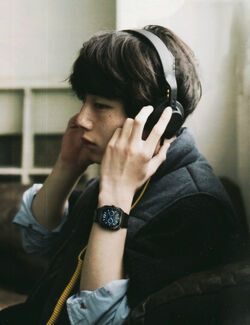 Owned by: Hug the shore; let others try the deep ~ WoW

Personality: Octavia is very outgoing and is basically friendly to anybody. She can also get very popular in a short amount of time. She is also very rebellious and loves being independent. 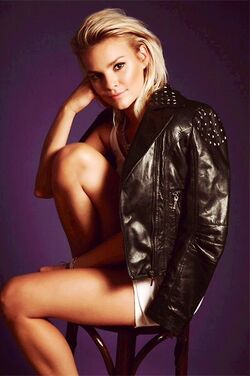 Clark Jeffrey is a son of Pandia. While his wife, Scarlett Jeffrey, is a child of Asteria. They met in camp and soon fell in love after their long years of training in camp. Clark has a full-time job while Scarlett stays at home. The family lives in NYC and they manage to defend themselves from monsters due to their high level of experience after going to Camp Half-Blood. After sometime, they decided to have kids and ended up having Bellamy and Octavia, two beautiful twins. Seeing that their children aren't affected by monsters, Clark and Scarlett let them go to public school. The children don't know their parents' heritage, nor were they surprisingly clear-sighted. They were unaware of the monster attacks that passed by because of their inability to see through the mist, thus ignorant of the secrets that were hidden from them.

Growing up, Octavia and Bellamy lived normal lives. Having no clue of the dangers their parents had to withstand, they had nothing to worry about. As young children, the two siblings adored each others' company. The twins would always stick together, at each sides, protecting one another. They were practically inseparable. Their parents taught them all there was to know about astrology, wanting to give them an indirect piece of their heritage which soon became a passion for the two. Even while living in the city, they were able to admire the night's beauty from the rooftop of their apartment. It was simply smooth sailing until high school started. Octavia started to get popular, an interest for fun growing within her. She had more friends than Bellamy ever would have dreamed of, which he was slightly envious of despite his good intentions. Regardless of the attention his sister got, he always stayed by her, as any protective sibling would. That, of course, didn't stop Octavia from getting attention. Thus, the boy had to live within his twin's own little world without ever complaining or expressing his feelings about it.

In brief words, it went on like so until the age of 17. Bellamy still hadn't confessed his discomfort towards their distance, and wasn't planning to for her sake. Even though they were almost always surrounded by people, they still had their attentions fixed on their average grades, mostly for that matter. When the time came, both of them started demanding things from their parents to feed their need of maturity. Octavia and Bellamy eventually started trying to get their driver's license, as they felt the need of freedom on the road. After months and months of studying and toil, they finally got what they had anticipated for so long. A license. Their one way ticket to wherever they desired.

Bellamy seemed indifferent of it, and barely drove when it wasn't needed. Outgoing Octavia, on the other hand, loved to experience the feeling of rebellion. One day, late at night, Octavia snuck out of the house to do on a late drive. This, of course, didn't go unseen by her brother. He had followed her, and just about when she was going to go, he entered the car, pleading her to stop her disobedience. The outcome was a tense argument, persisted by both sides. Without even noticing their surroundings, the two had tangled their hands on the break. The car started wildly running off onto the road, and out of shock, there was nothing they did to stop it. The automobile crashed in the street, causing the two teenagers their sheer lives.

The next day, Clark and Scarlett got a call from the police saying that both of their kids are dead. They were both shocked that this kind of thing happened to their kids. Wanting their children's lives back, they started praying to Pandia and Asteria to revive them back as nymphs or spirits, begging to see them again. Hearing their children's calls, Pandia and Asteria agreed to revive Bellamy and Octavia into a moon nymph and a star spirit, only out of pity.

After getting revived, they were "teleported" back to their parents, getting an explanation of the Greek world and their new identities, after getting yelled at for their foolish acts. They told them that they could still stay with them, and be as normal as possible. Their enquiries came from the grief they suffered. They didn't even tell the, about camp, in fear of loosing them again. After a week had merely passed, Clark and Scarlett got killed by some Aethiopian Drakons who were too difficult to disintegrate due to their ill state that they were in (they were sick at that time). The twins weren't at home to witness it. Seeing that they are now a nymph and spirit, Pandia and Asteria sent another nymph to guide them back to camp, giving them a chance at life. The two goddesses didn't have the mercy to revive the late parents, as they thought that they had interfered enough with their petty situations, and figured that sending the twins to camp was enough.

Just for clarification, what kind of monster was it that attacked the two parents?Such is life~ lol.

I don't think an empousai can defeat two trained demigods, even in a sickly state as flu. What were they sick with?Such is life~ lol.

>.< then i'll change the monster to an Aethiopian Drakon.

This claim has been approved as a moon nymph and a star spirit. You now need to make a page for them and a word bubble, if you aren't sure how to do this you can see the guide here. Once you have done that you can add your character's name to the cabin list located on the cabin pages and start role playing with your new character. If you have any questions feel free to ask a member of the Admin team.

Retrieved from "https://camphalfbloodroleplay.fandom.com/wiki/Claiming:Camp/Bellamy_and_Octavia_Jeffrey?oldid=1349918"
Community content is available under CC-BY-SA unless otherwise noted.