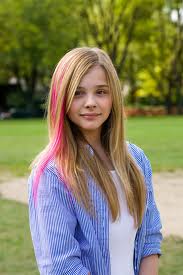 History: Once upon a time there was a man named Cole Rose sitting in a cafe in Peoria, Illinois. He was a very handsome man. He was a wealthy business man. A woman walked into the cafe also. She was a goddess. They fell in love. They did the stuff and had a child named Blaire Annaliese Rose.

Though the happiness did not last long. The goddess left as soon as Blaire was born. Cole was left heartbroken.After years he went left to Europe and left Blaire with her nanny Gigi. Blaire was 8 at the time. She hated Gigi and only managed to make herself feel better by annoying other her which made her laugh. She was still considered a nice person. At age 9 her nanny died. Her father hired a new nanny.

Blaire was put on television and actually enjoyed the publicity. She went to a private school with a best friend named Harley. Harley was a satyr undercover. (Blaire didn't know this.) Then one day at age 12 on a fieldtrip. (her birthday was in few hours) She was attacked by some evil Cyclopes. Harley managed to get Blaire out of the school. He took her on a trip to camp.

The trip did not run smoothly. They were attacked by yet another pair of Cyclopes while they were close to camp. With great difficulty they diffeated the cyclopes. They then ran into camp the second Blaire turned 13.

I think the U.S. uses the Foster care system now "long and lost" ~~ Minx the Banshee

I thought they used both but i fixed it

A famous rock singer can't just put his kids in foster care, the government wouldn't take them. And the odds someone that famous, raising a kid for 8 years, it would be all over the news so there's no way he could hide the fact he had a kid and just abandon them.

Why did it take that long to get to camp? If she had money and was on Tele, she'd just get a plane ticket and be there within hours

She was there within hours...

Ok but just sayin, if she was on a field trip with school, it would be during the day, which means it was her birthday that day, the only way it could be a few hours is if for some odd reason the field trip was at like 9pm at night.

Retrieved from "https://camphalfbloodroleplay.fandom.com/wiki/Claiming:Camp/Blaire_Rose?oldid=1201075"
Community content is available under CC-BY-SA unless otherwise noted.