God Parent: Nyx, Melinoe, Nike. ''('As you could see I REALLY WANT Nyx)

Brownish/Blackish hair color. He has an athletic 12 pack body. He is 6'0. He is about 135 pounds. He is an 8 and a half. He is a body builder. He is one of the "sexy ones" you could say. He has a little peach fuzz, but it makes his face more defined. His face is pretty oval shaped. He has dark eyebrows. He looks pretty mysterious like "the bad boy" but who can also have that suit/classy look. He has AB+ blood type. He likes beanies and white sexy shirts. You will see him a lot in white and black, his 2 favorite colors. Think Of Zach Efron for an Appearance idea, but that is not his  model. 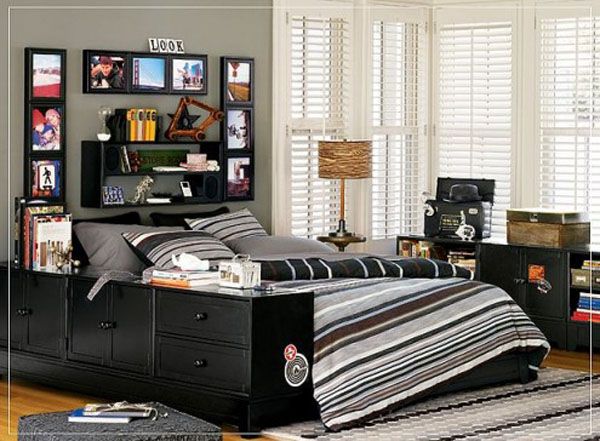 He is mysterious as how he looks. He doesn't like to get too close to people. He did have many, many kisses from girls. He likes ignoring people. He doesn't like when people ask so many questions about his personal life. He is an amazing person when you get to know him. He could tell a joke from one time to another. He's kinda a secret. He loves get down and dirty though. He is pretty smart, not like the Athena's but more like the average teacher. NO calling HIM emo...because he isn't. He's not exactly a player, but kinda at the same time. He has been a bad one many time. He thinks night is the sexiest time of the day. He rather look at stars and astronomy rather than sleep. He's a great kisser often going higher than his limit.

So, you wanted to know my story? Well, I don't usually tell my story, So I probably know you *SO* well. Well here's my beautiful story about the dark Nyx and my supposed awesome dad...

How My Parents Met:

My dad was a pretty cool guy. An Astronomy Professor for people who liked the stars. He could be popular, as I was told he was "the cute ones" but Astronomy people aren't the "cool people". So he was only talked about his cuteness. Girls fainting, people stuttering, like a prince. But he was a sweet, ignorant guy. He didn't really see these women as his type. Well I would have took them up and make-out. But of course I wasn't born. So one day, a girl lady who was about his age started talking to him about stars and she was a supposed expert. All of a sudden, this got interesting. They both started undressing, and kissing. Now I see my luckiness. He then told her she looked impeccably beautiful. He also had that British accent which made her swoon. Now this is my favorite part, soon enough they had it. He hadn't talk to her in a 3 months except to see a baby, me ~rolling my eyes~ and a letter.

I know we met just a few months ago, but here is your baby, Brett. He is a demigod. Please take great care of him. I have something to tell you, I am a goddess on Mount Olympus. Please don't be angry. My name is Nyx, Goddess of the night, that is why I am such an expert. Now please be careful, as their will be monsters and his protectors following him. The monsters will probably start around 13. He will go to camp half blood at some point.

The Goddess Of Night,

Some Information On my life:

I was raised up to be a professor. I was to be the smart aleck with the big job. I didn't enjoy it, but I was already giving my father enough sh*t always getting in trouble and getting expelled way too many times. I was one with the ladies. Teachers called me the troubled one, as I wasn't be as social as others.  I also was a heavy fighter. I was captain of the wrestling and fencing team. I was just that guy. But then I turned 14 and everything changed....

A Saying From an old satyr

I'm watching him. I'm fighting off his monsters for him. He's not ready. I cant do it any more, after the leg attack, its just too much. He needs to practice anyway for when he has to fight others. and people at the camp. I have to let him fight,for now I suggest he comes with me or disguise myself and get him ice cream, kids dig that, right? I'm only fighting him for 13 because he's probably is too obsessed with girls now *rolls eyes*. Anyway I really should get to camp with him soon, and then when I get there I should get my hooves cleaned....There looking a bit dirty.

Well That's for now In The Satyr Diaries,

Nick Manning (AKA: Nick, The Satyr)

My first attack was at 14. I was attacked by a Hellhound. The scene was after fencing class and I just made out with a girl on school property, when I was walking through an alley which, I only walked through. The hellhound was trying to kill me, so I ran for my life, I knew I was on the wrestling team but I was NOT fighting that creep. Of course that thing is like the size of a truck and literally caught up to me and was ready to kill me. I actually Prayed not to die. Lets just hope right? My prayer was answered I guess when luckily out of nowhere some guy came and slashed it with the celestial bronze sword. I just stared at him. He told me I was a demigod and I was supposed to go to camp half blood, I thought he was crazy man. He said his name was Nick. I just walked away slowly. I went home and told my dad all of what happened. My dad said, he was right. I got so mad a broke a whole in my wall. Then I kept seeing the man, and literally I was going to call the police. I at age, 15 it was an empousai, it was a pretty bad battle. nick just kept showing up, using his bow and arrow, or his sword.Then at 16, Nick kept trying to get me on his boat, good thing I sacked him. But every time these monsters came, Nick either tried to kill them or put a sack over my head and drag me somewhere. When I turned 17 I saw Lamia, a vampiric monster that feeds on children, I didn't know what to do. Then out of nowhere Nick threw me a sword. I was like WTF, but I used it anyway, and figured out it was kinda like fencing except the other person does not have a sword, and I will die more permanently. Then Nick popped out again. I called the police millions of times, but as I had the bad boy rep. nobody cared. I tried slashing it, then blackout. When I awoke it looked like he brought me home, and me and my father had a talk. I FINALLY believed him. I then packed a bag with a few goodies,water, my sword with blue clouds and a few cans for I found out Nick, was my Satyr to watch me. Then I set off.

On my way To the Camp ;P

While we set out to camp, I ate a lot. We took a cab to get to camp as why would we walk? After the cab ride, he decided to "walk" when we could have got a ride through the field... So I made it extra hard for him, flirting with girls, and getting "distracted". I was not really I just decided to bother the poor fella. I turned 18 while walking to the trip. I drank a virgin cola to celebrate. We finally got to camp, which was weird because it was a day after my birthday, coincidence? I think not. But then we saw an empousa, me and Nick slashed at it, but of course it gave Nick a cut on its leg. I think killed it, but I fell and blacked out I guess. When I awoke there I was greeted by the camp director Alexander the great. I started working on my British accent in camp half blood.

So this is my story. Now you can leave me alone....

He is pretty good, especially with the sword. He likes his blue sword the best. He also is not to be messed with, so i would not provoke him if I were you. He also likes his Daggers. Every weapon he has is CB.

Notes* I wanna hear all the criticism before you write, and read the entire thing

Ill fix the 1rst one but the 2 other ones are:

You are definitely not going to be able to use Zac Efron as your character model, so I would strongly advise finding a new model in advance.

This claim has been approved as a child of Nyx. You now need to make a page for them and a word bubble, if you aren't sure how to do this you can see the guide here. Once you have done that you can add your character's name to the cabin list located on the cabin pages and start role playing with your new character. If you have any questions feel free to ask a member of the Admin team.

Retrieved from "https://camphalfbloodroleplay.fandom.com/wiki/Claiming:Camp/Brett_Landon_Black?oldid=1551381"
Community content is available under CC-BY-SA unless otherwise noted.