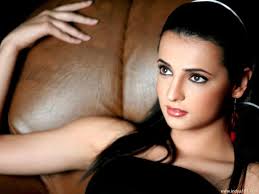 Appearance: She has black hair, black eyes and is fairly tall.

Personality: She is always levelheaded and calm. She is bright and cheerful. She sees the best of everything and does her best to make things look beautiful. She very loyal and trustworthy. She gets offended easily.

History: Carlos had gone to a party where he met Aglaea. He instantly fell in love with her. They started talking and agreed to meet again a few days later. Slowly as they started seeing each other more often Aglaea finally told Carlos that she was a goddess. Carlos' grandmother had been a demigod so he guessed she must be telling the truth. Soon after a few weeks of dating Aglaea became pregnant with Carmen.

After a few months, Carlos opened his door to find a bay at his doorstep with in a golden cradle and a ring shaped like a flower. Carlos named the baby Carmen. He taught her about greek myths telling them to her as bedtime stories. He even told her that her mother was Aglaea, a goddess, when she was 5 years old. She didn't understand at first but after her first attack she believed him..

She was always loved by everyone, her teachers adored her and she had many friends even since a small child. After having slight problems at school she was diagnosed with ADHD but was an overall a good student. She and her father were very close and often went for picnics. Carlos knew about the dangers of being a demigod so sent her for fencing classes. So, she learnt swordfighting. She had many friends but her best friend was Harold. They often played together and Carmen used to tell him all her secrets, all except the one about her mother.

One day at the age of 12, while coming back from school with Harold, a Hellhound attacked Carmen. She froze with shock. The hellhound attacked Carmen, knocking her unconscious but Harold, a satyr, slowed it down with his music and got her away in time. While she was unconscious, in her dreams she saw a beautiful lady, the lady told her that she was her mother and told her to use the ring. Harold told Carlos that he was a Satyr and that she was old enough to go to camp, But Carlos wanted to keep her with him despite the danger and wanted to wait for some more time.

After a few months, when she became 13, another monster attacked. this time a harpy. Carmen was playing in the public garden with Harold. As the harpy came to attack, Carmen remembered what her mother said. She held the ring in her hand willing it to help and it turned into a sword. The harpy attacked and she panicked, the harpy scrached her and she swung the sword. She missed the first time, then, the harpy lunged and she swung again, this time it hit it and it disintigrated. Harold took her home. At her house, Harold talked to Carlos. Carlos understood that Carmen had to go to camp. And a few days later, He flew with her to New York and then sent her to camp with Harold. On the way to camp a small cyclopes attacked her. This time she was more confident. Harold played music on his reed pipes to slow the monster while Carmen attacked from behind. She brought out her sword and slashed at its legs and stabbed it in the back. Harold then hurried her to camp. Carmen is now at camp.

Weapons: Sword that tuns into a ring.

Please elaborate more on how she got to camp. "Because your my friend,  Seaweedbrain. Any more stupid questions?"~Annabeth Chase"

Okay, if her father told her that her mother was Aglaea wouldn't monsters come? Because she realized who she was?

I decreased the age by a year. Anyway she is a minor goddess so the monsters will be less.

I don't see any problems with this claim and "I think" it's good to go but let's see what the others have to say :)

Contrary to Kit's comment, I still have a few questions of my own. What age was she when she was told of her mothr beign a goddess? Did she believe this? Then, I'd suggest making the attack closer to 14. Then, blindly swinging a sword has very few chances of hitting and killing a hellhound, especiaslly since hellhounds are rather big monsters. Then, did she encounter other monsters on her way to Camp?

Please elaborate on her early childhood. Demi already mentioned it, but you'll need to mention how old she was when her father told her about her demigod heritage. As the daughter of a minor goddess, having two attacs in one year (especially at age twelve) is overkill. You coul have one when she's twleve, and one when she's thirteen? Just an idea.

It says on her age that she is just 12 years old. However, on the history, she arrived at camp when she was 13 years old......I'm confused.
User:DaMigster/siggie

Why was she seeing monsters at five? Her father was not a demigod, so he would not be getting attacked. Was there another demigod in the picture? I'm confused.

She saw monsters around, not really attacking anyone. Like a hellhound somewhere in a park or maybe a pegasus flying.

After she was attacked the first time, why wouldn't Harold just take her to Camp Half-Blood right away, instead of waiting a few months?

An untrained demigod would not be able to kill a harpy on their own.

Why didn't the satyr bring her to camp after the first monster attack, at the age of 12? If you want to simplify it, you could just state that she was first attacked at the age of 13 to dodge any further changes. Hug the shore; let others try the deep ~ WoW

This claim has been approved as a child of Aglaea. You now need to make a page for them and a word bubble, if you aren't sure how to do this you can see the guide here. Once you have done that you can add your character's name to the cabin list located on the cabin pages and start role playing with your new character. If you have any questions feel free to ask a member of the Admin team.

Retrieved from "https://camphalfbloodroleplay.fandom.com/wiki/Claiming:Camp/Carmen_Davis?oldid=1294191"
Community content is available under CC-BY-SA unless otherwise noted.