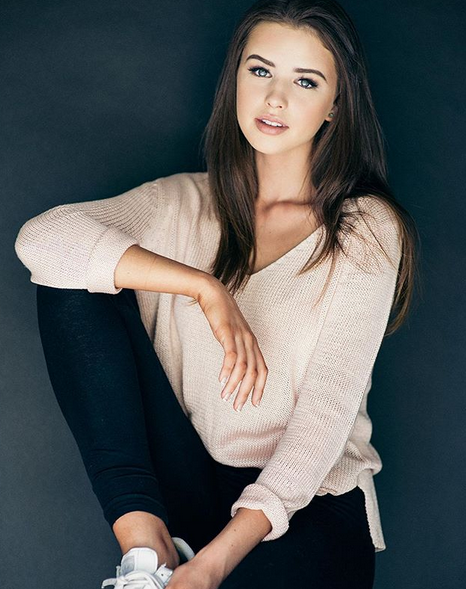 Because of her past experiences with her step-mother, Lottie is very quiet and gets anxious around new people. She was brought up that she was unimportant and her only role was to fit in the background. However once she gets to know a person, she is very bubbly and loud. She has trust issues and will build up her walls. Lottie hates conflicts between people so she will act as the peacemaker and help solve them with her empathy and negotiation skills. She thinks with her head and knows to think before acting as she is very rational. She is sweet to her loved ones and close friends and will do anything for them.

She loves helping people and volunteering in her free time because she wants to make a difference in the world. Her dream is to become a diplomat or ambassador for the United States to help resolve conflicts and learn more about the cultures of other countries.

After college, Blake Davies became a volunteer in Ghana for the Peace Corps. He taught Ghanaian children conversational English and loved every single moment of his time in Ghana, he loved the feeling of helping and learning their culture. He met another volunteer named Marie, who helped educate farmers about techniques to prevent erosion and nutrition. Not only was the young women beautiful, she had a big heart. The two spent that summer together as they made a difference in the world while they fell in love with each other.

The final day of his 23 months of service came as he asked Marie if he would ever see her again. With a sad smile, she shook her head, but not before giving Blake a baseball cap to remember her by.

Despite the fact that Marie left a huge hole in his heart, Blake moved back to his hometown of Denver, Colorado. His childhood best friend, Laura welcomed him back with open arms because she was in love with him. Her heart broke when she learned of Marie, but she couldn't contain her glee when she learned that they broke up. As the two spent more time together to make up for his deployment to Africa, Laura healed his heart and the two began a relationship.

The door bell rang when the two were watching a movie and Laura answered the door. In a bassinet was a beautiful baby girl and a letter addressed to Blake. He read the letter and started tearing up when he learned that the baby girl was his however Laura was dismayed. The love of her life had a baby.. one that didn't belong to her.

At the beginning, Laura helped her boyfriend by taking care of his baby and grew closer to her. Unfortunately, she resented Charlotte because of her similarities to Blake's ex- the one who got away. Charlotte was an easy baby because she didn't cry as much and she would always stare at them with a smile on her face. Blake and Laura married when Charlotte turned three. Charlotte smiled and flung flower petals at the wedding and stole the attention from the furious bride. Blake loved the girl to pieces and would always spoil her with gifts and attention. He and Laura would have fights because she thought that he spoiled her too much.

Laura gave birth to twins named Sarah and Bryan when Lottie was five years old. Lottie loved her siblings and would dote on them however Laura always separates her from them. Throughout her childhood, Laura ostracized the young daughter of Harmonia while her husband was oblivious. She emotionally abused the girl by saying that she wouldn't be good enough to do things and to achieve her goals.

Charlotte learned to keep quiet because that was her only purpose in life, to stay silent and in the background. Sarah would always belittle her because she was mommy' little girl while Bryan sneaked off to spend time with his half-sister, the pair were extremely close.

When she was twelve years old her first monster attack occurred when she was walking home from school with her friend, Lydia. A hell hound jumped in front of them as her friend grabbed her hunting knives and stabbed the monster multiple times. Shocked, Lydia advised Lottie to speak to her parents. That night, Blake revealed to his daughter about who her real mother was and that she was a demigod. He gave her Marie's baseball hat as well. Secretly, she was disappointed that her father never told her about her real mother however she was glad that Laura wasn't related to her.

School was the only place where Lottie felt safe because she got to speak her mind. She became the president of her high school's Model UN club and was obsessed with diplomatic affairs. She wanted to go to the University of Pennsylvania to study International Affairs because there was a lot of global conflict and she wanted to unite countries.

One day, Laura became furious with Lottie because she and her father went to Lottie's Model UN conference on Bryan and Sarah's birthday. Her step-mother slapped her, leaving Lottie traumatized and scared to stay in her own home. She confided with Lydia and her friend told her about a place for people like them. While her parents were out of their house, Lottie grabbed all of her belongings and ran away to Camp Half Blood with her best friend.

Retrieved from "https://camphalfbloodroleplay.fandom.com/wiki/Claiming:Camp/Charlotte_Davies?oldid=1762642"
Community content is available under CC-BY-SA unless otherwise noted.