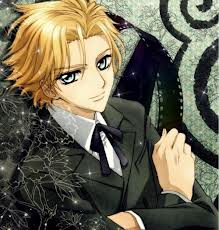 Personality: Haughty and overbearing. Annoyingly full of himself. Believes he is the gods gift. He also works to be the fairy tale prince and never allows any injustice to happen in front of him. Chivalrous in an annoying way. A good guy way, way down.

History: Nicholas Dricoll was a prominent figure in English politics. One day we meet a young woman (goddess) during a gathering. The woman was intriguing to him and he followed her everywhere. After sometime they began dating. Under her guidance he was able to win over the queen and be appointed Chancellor of the Exchequer. After being appointed he lost interest in her and stopped seeing her, but not before siring a son named Colin.

Colin's father was always to busy and never payed much attention to him. He was raised by a series of nanny's, all who considered the boy a prodigy for his many talents and acceptable good looks. His father was Chancellor of the Exchequer until Colin was 10. When his father stepped down Colin expected him to gain interest in him and spend time with him,instead his father ignored him more in an effort to maintain his political career by dating a socialite with connections. This lead to Colin feeling a deep resentment towards his father and a belief that romantic relationships are simply to advance in someway.

During his entire childhood Colin attempted to gain his fathers respect. He played mini rugby and eventually the real sport, but failed to gain his father's interest. Once when Colin was 16 years old Colin fell in love with a girl named Sophie Darling. He felt happy and at ease with her. When his father found out he was furious, because Sophie was the daughter of his competitors for a political position. He adviced her dather to send her away to a catholic school. He mocked Colin and told him he was never going to have a family because he would probobly get them killed.

Their relationship was strained for a while and months after, a monster attacked their home. Colin was able to fight it off. His father was furious and kcicked him out telling everyone he was sent to milletary school. Colin was able to take a lot of money and, following his mothers guidance, made it to camp.

This claim has been approved as a child of Nike . You now need to make a page for them and a word bubble, if you aren't sure how to do this you can see the guide here. Once you have done that you can add your character's name to the cabin list located on the cabin pages and start role playing with your new character. If you have any questions feel free to ask a member of the Admin team.

Retrieved from "https://camphalfbloodroleplay.fandom.com/wiki/Claiming:Camp/Colin_Driscoll?oldid=1792622"
Community content is available under CC-BY-SA unless otherwise noted.