Appearance: Darcy has brown hair and eyes as dark as the night. Her body is thin, and her skin is pale. 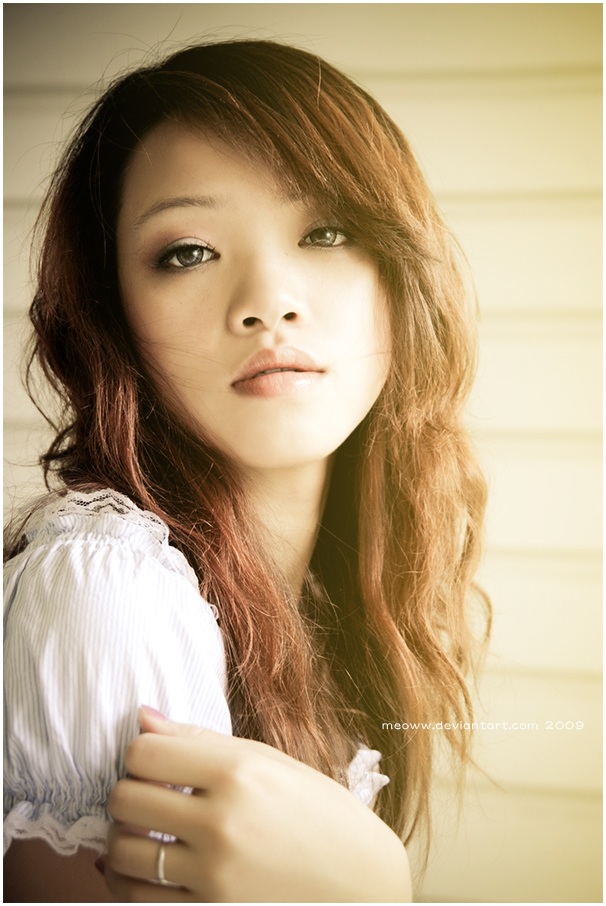 Personality: Darcy is what you would call a real bitch. She can be selfish, impatient and not to mention careless. Her first impressions aren't very decent, and are often rude. She doesn't need people to be nice, just amusing enough to keep her around. The kind of friends that she would want are crazy and outgoing. She only opens up to few people, and likes it that way.

History: Darcy was created by Apollo in the early 1980's. Her purpose was to inspire and help mortals practice music, as it wasn't very frequented at the time in a certain area of Germany, that Apollo had noticed, as a professional career. Apollo assigned her to a music institute, where she could give classes and much more. The mist hided her physical age (17) and made her look older so it was appropriate for her to be teaching music at a school. Despite her rude attitude, she kept her personal life away from her "professional" one, making her patient with her students. She traveled all around the country, performing with her apprentices, trying to get them on the right track. It wasn't very easy, but it payed off as her students became popular in many ways, and even made them who they are today. Adjusting to life with mortals was tough, having to hide her secrets, but she adapted. She didn't really have a social life with the humans, as she liked Greek species, when music is off topic. As Darcy made an impact on young kids music, her creator decided to give her a break, considering all the good work she'd done and sent Darcy to Camp.

Weapon Preference: Living in a world of danger and monsters, Darcy always carries a weapon for emergencies. She always wears a necklace, that, when taken off, turns into a bow and arrow that may only be used by creations/children of Apollo (since he gave it to Darcy)...

First off, totally unrelated to the claim, per our policies, your signature needs to be in a template of some sort as there's too much coding without it, congests the page.

Secondly, why on earth would a music nymph need to fight a lot? Especially with a dagger as that isn't a main weapon, but a secondary back up weapon. Also, to say that music only just started becoming original in the 1980s is a complete joke, music dates back thousands of years, to say it only just started becoming original in the last 30 years of that is complete bull****.

The music career was actually very busy back then >.< Seriously New York/Manhattan has so many Broadway shows and musicals. I find that rather odd that she would need to inspire people.

^Even then, I don't see why he'd need a music nymph for the minority "long and lost" ~~ Minx the Banshee

You should craft more things that Darcy does before she gets to go to camp. Make up a life. Possibly a life story in a town of humans and how she faced the days (how she adapted).

One final thing before she can be claimed, daggers are a very weak primary weapon, I'd suggest something better, since a dagger in more secondary.

Almost there. I'd just like to ask where she got her weapon.

If she was doing so well in spreading music, why would Apollo have her stop so suddenly and send her to Camp?

I think it's good already.

This claim has been approved as a Music Nymph. You now need to make a page for them and a word bubble, if you aren't sure how to do this you can see the guide here. Once you have done that you can add your character's name to the cabin list located on the cabin pages and start role playing with your new character. If you have any questions feel free to ask a member of the Admin team.

Retrieved from "https://camphalfbloodroleplay.fandom.com/wiki/Claiming:Camp/Darcy?oldid=1240279"
Community content is available under CC-BY-SA unless otherwise noted.