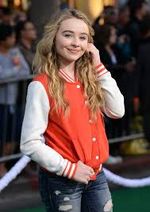 Personality:Ella is very bubbly and outgoing. She loves to read and is a huge bookworm. When she isn't reading books or writing stories, she is in a field surrounded by flowers. She loves love stories and wants to be like the people in the book. When you first meet Ella, she can very shy and could be speechless. When you get to know her, she would be more down-to-Earth and more caring and you would forget the shy side to her.

Lucas Mitchell was walking through a park holding a book. He was interested in reading and writing. He is very intelligent and got a high grade in English Literature. He was the love interest for all the women he knows. He was tired from walking and he sat down at a bench. A woman approached him and she sat down. She also had a book in her hand. He smiled at the woman. She said her name is Eleanor. (She was really Athena.) They talked for ages and laughed together. He thought she was the perfect for him. They've got a lot of things in common that other women don't. He invited Eleanor over to his house for some dinner. She said yes. They walked to his house and they were talking on the way home. He discovered Eleanor was very clever and he liked that. They arrived to house and were talking for ages. After that night they were inseparable. They studied together everyday and he decided to ask her out. She said yes. After a couple of months their relationship grew and grew. They had a incredible connection, romantically and mentally. After a couple of days, he found a basket with a note and a baby inside the basket. He gasped when he saw it. He read the note which explained everything. That her name is really Athena, the goddess of wisdom. She explained that Greek Gods were real, the child will be attacked by monsters and be brought to camp with someone who will protect her on the way. She also left a Celestial Bronze Sword to be her weapon and to protect her in fights. She explained how the baby came, she has a baby through her mind, not pregnancy. He gasped again. He decided to call the baby girl Ella Marie after Eleanor, Athena's fake name. Marie was his mother's name and he thought the name fit well with her.

Ella was a quiet girl. She grew up in Miami. She wouldn't disobey her father, she would do what he wanted her to do, eat, drink, anything. Lucas did his best to raise her without any help. He missed Athena, he thought it was best to have a mother and father but she said she couldn't because it was direct inference which wasn't allowed. He always took her to the park everyday and went down the slide together, he feed the ducks with her among other things. Ella grew up to be a happy and healthy girl and she loved the outside. She always wanted to be outside. Although she couldn't as she grew up. The letter explained of monsters coming to attack her from the age of 13. He didn't want this to happen to Ella, so he did his best to protect her. She got a best friend as she was growing up called Bree. They met at a English competition as partners. Bree was new to the school and Ella found out that Bree was just like her, a nerd, very clever as well as other things. When Bree found her, she decided to wait until a monster attack came to take her to camp since she thinks that Ella will be fine until she grows up.

Ella was 13 when the first attack started. Bree and Ella had just finished a test together and got full marks. They decided to go out to celebrate. As they were going out, the teacher Ms Smith stopped them from going any further. Ella didn't know why. Ms Smith turned into a harpy and started attacking them. Ella screamed very loud but the door was soundproof so nobody can hear them. Before this whole fight, Bree went to Ella's father and told him that she was a satyr and that he was sent to protect Ella. She asked for Ella's weapon and he promised her father to protect her. She screamed and tried to run away but the door was locked. Bree threw Ella's necklace and told Ella to open the locket part and it turned into a CB sword. She thrusted the sword through the harpy's heart and then it disintergrated. Bree took Ella home and told her dad everything.

Second Monster Attack and Discovering That She is a Demigod.

Ella wouldn't stop thinking about the attack. She wouldn't dare take off her necklace/sword incase a monster attacks her. Through the year, Ella was looking in books about mythical monsters and tried to found out what attacked her. Ella and Bree went out to town together and then as they entered the public library and then Stymphalian birds start to attack Ella. Ella screams as they peck on her hair and face. Bree tells her to put some sort of music on to make them go. She gets out her MP3 player and plays music. The birds screech and then they fly away. Bree takes her home and tells Lucas (her dad) to tell her the news. Lucas tells her about her mother, Greek gods, she is a demigod. He basically explained everything. He told her that she has to go to Camp Half Blood where she'll be safe. She started to cry and then he took her to an airport to take her to camp. He kissed her goodbye and hugged her. She entered the plane crying and begging to see her dad, she went on the plane with Bree. However, on the plane, Bree revealed to her that she is a satyr sent to protect her. Ella took all her things and went to camp safely. 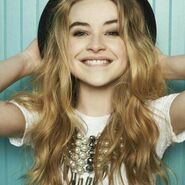 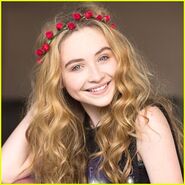 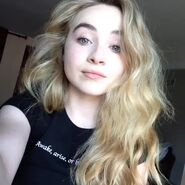 hi there Ari seems like i'll be your claimer today :) anyhow all i ask is why did bree wait soo long to bring Ella to camp? as many satyrs are told to bring them to camp as soon as they are found. Please give a reason to that

Is it ok now, Mel? I've changed it to what you've told me to do. Is there anything else?

This claim has been approved as A child of athena. You now need to make a page for them and a word bubble, if you aren't sure how to do this you can see the guide here. Once you have done that you can add your character's name to the cabin list located on the cabin pages and start role playing with your new character. If you have any questions feel free to ask a member of the Admin team.

Retrieved from "https://camphalfbloodroleplay.fandom.com/wiki/Claiming:Camp/Ella_Marie_Mitchell?oldid=1512855"
Community content is available under CC-BY-SA unless otherwise noted.