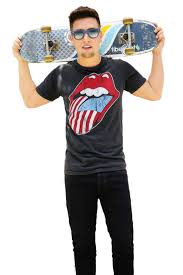 Appearance: If they didn't tell you you wouldn't probably think they aren't twins. Elijah has dark brown hair compared to Emma's blonde hair. The probably only thing they have in common is their eye color which is brown. He is 5'7.

Personality: He is somewhat like is sister. He is a lay back kind of guy. Though his very protective of her sister. He is very loyal to his friends and will never betray them. He is the funny kind and isn't afraid to crack a joke or few. Though he is very stubborn.

Appearance:If they didn't tell you you wouldn't probably think they aren't twins. Elijah has dark brown hair compared to Emma's blonde hair. The probably only thing they have in common is their eye color which is brown. She is 5'7. 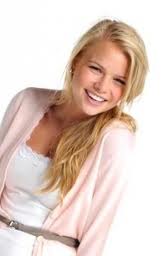 Personality:She is fun and really outgoing. But she has little OCD. She doesn’t like germs and is really ritual. She is also stubborn at times like her her brother. She is somewhat clumsy, and can be naive.

Melissa Jane was weather forecaster at a local news station. Even though of her wonderful paying job she was depressed. Melissa’s ex married her only for her money. Her house had plenty of rooms but she only used one. One day while she was going home from a forecast show there was a huge storm. This wasn’t in the forecast and Melissa was confuse. Then her car broke down. She tried call someone but there was now service. Then a very handsome man and Melissa didn't notice, asked if she needed help. Melissa nodded and told him about her problem. The man said he will gladly help .

The strange man (who claimed himself as Alex) helped Melissa push her car to a nearby gas station. Then drove her home. The two talked all about weather and such. Finally Alex dropped Melissa off at her house. Then he asked her if she wanted go have some coffee the next day. Melissa happily agreed. The two then dated for a few weeks. Then Melissa became pregnant. She was excited about this. She had new family. Now she won’t be lonely her whole life.

On April 10th two beautiful babies named Elijah and Emma were born. But after that Alex disappeared. In fact Melissa didn't see him when the twins were born. But Melissa knew he will come back. But he never did.

Emma and Elijah Jane were known as the Troublesome Twins. The two caused so much trouble in school that they had to be home schooled at age 8. Their mom was depressed but didn't show it because she didn't want to worry her children. When the twins were 10 Melissa got married to a man named Cedric Lewis. Cedric loved Melissa but hated her children.

Cedric worst stepfather you could possibly have. Though he wasn't abusive, he got very easily anger at the twins.  Once the twins were playing in his office when they broke a very valuable vase that was from China (Cedric was a traveler). He got so mad that he grounded the twins for a month. The real reason Cedric hated the twins was because he had a twin himself and didn't like his twin and whenever he looked at the twins it always reminded him of his sister. But most of the time he thought the twins were just a burden. When the twins were 11, Melissa and Cedric had a baby named Jacob. Melissa was too busy taking care of the new baby she barely paid attention to the twins.

One day while the twins were 13 taking a walk down the sidewalk when they saw two red birds flew (harpies) over head. One flew down and tried to scratch Emma but she quickly ducked. She got look of the red bird. It had really ugly face. The other one tried to attack Elijah but he ducked. The twins quickly rain home the weird birds following close behind.  The twins finally made it to her house and Elijah locked the door. Then he saw a girl with a bow arrow sneak behind the birds and attacked the birds. They exploded into a ball of dust.

When the twins were 14 and their family moved to New York because Melissa got a new job there. When in New York they met a boy with Cerebral Palsy named Billy who was their neighbor. Billy was strange and very distant. The twins was very good friends with Billy. One day, while the twins were at central park when a hellhound started walking toward Emma she screamed and started backing up. Elijah thought he was seeing things. Then Billy came out of nowhere a started  throwing arrows at the hellhound, Soon it exploded into dust. Billy said that he will explain everything later.

Billy and the twins went home. Billy told Melissa about Camp Half-Blood and such. The twins listen. At first they didn't believe him, but when he pulled down his pants showing he was a saytr, they changed their minds. Melissa though was still confused though it made sense Alex having to leave and him never coming back. The twins packed their bags and took a taxi to Long Island. It took 4 hours when they finally arrived. They ran through entrance where the been ever since. The twins were 14 when they got to camp. Can someone please check this?

Just to be sure, this is no longer WIP yes? Then in the categories, User:Royaldoggie's category is listed but there's only one character. Does this mean that the other character will no longer be made?

In the line "Then a very handsome man came out of mid air", does this mean he literally appear out of nowhere or she just didn't notice him? Why would Melissa accept a date from someone she just met? Also, at some point in the history, I believe there was an accidental copy/pasting which had occurred. Kindly fix this to avoid confusion. Who was this girl who "saved" the twins? Then, if at all possible, kindly incorporate the note you added at the end into the history itself. Why did their family move to New York? Then kindly elaborate what "CP" is, as i'm not fully aware of what it is >.<

Okay so umm...is this still a WIP? I'm confused cause there's still a notice up saying it's a work in progress. If not then kindly take off the notice. Thanks!
User:DaMigster/siggie

Sorry for the confusion ^.^ The purpose of our lives is to be happy.  ~Becca

How long did it take for them to get to camp? [ unless i missed that. >.<] You know, you could live a thousand lifetimes and not deserve him.” - Haymitch Abernathy.

How would Billy showing them suddenly that he was a satyr convince them about camp?

Who is the we? And, why did he get easily angry at the twins? Thinking that they were a burden is not a sufficient answer.

Didn't the parent know about their leave?Such is life~ lol.

Wait i don't understand. They did know about their leave >.<

Um, sorry. I got mixed up with names. Also, is Melyssa a mortal who could see through the mist? If not, how could she believe the satyr when he pulled his pants down?Such is life~ lol.

Just to clarify for clerical purposes, you will be owning both twins?

Me (Becca) The purpose of our lives is to be happy.  ~Becca

But after that Alex disappeared. In fact Melissa didn't see him to tell him the news of her being pregnant.

To clarify, this means that Alex wasn't at the birth and he was absent for the whole 9 months of the pregnancy?

This claim has been approved as a son and daughter of Aeolus. You now need to make a page for them and a word bubble, if you aren't sure how to do this you can see the guide here. Once you have done that you can add your character's name to the cabin list located on the cabin pages and start role playing with your new character. If you have any questions feel free to ask a member of the Admin team.

Retrieved from "https://camphalfbloodroleplay.fandom.com/wiki/Claiming:Camp/Emma_and_Elijah_Jane?oldid=1310474"
Community content is available under CC-BY-SA unless otherwise noted.