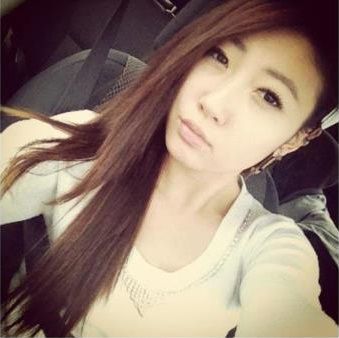 Personality: Emmy usually is tired and doesn't have much energy, but tends to be restless. She can be described as being very nonchalant and careless, even a bit lazy, at times. Emmy isn't very good at concentrating or remembering, and can be a bit of a space some days. She usually is quiet, not speaking much. Emmy is very insecure and isn't very open at first. She can be irritated easily, but tries to control her anger. Nonetheless, Emmy is very kind and sweet towards those she loves, and is a bit of a hopeless romantic. She struggles with both depression and insomnia. Emmy is bisexual.

History: Ariel Yeung met Ares/Apollo/Hermes at a friend's New Years Party in New York City. The two talked the whole evening and each even expressed their interest in seeing the other again. And only a month later, they began to date. But after dating for 6 months, Ariel discovered she was pregnant. Excited, she went to tell Ares/Apollo/Hermes, but also discovered he was gone. Ariel was heartbroken by his disappearance, and soon began to suffer from depression.

On December 6, 1995, Ariel gave birth to Emmeline 'Emmy'. Ariel, who was still depressed from losing Ares/Apollo/Hermes, neglected her daughter, sometimes leaving her to cry for hours in crib. Ariel's parents, Mark and Perrie Yeung, noticed their daughter's depressed nature and kept an eye on her to see if she could shape up and be a good mother. But when she continued to neglect Emmy, they stepped in.

Furious with Ariel for not being strong for her child, Mark and Perrie filed for custody of their granddaughter. The two won the custody battle, leaving Ariel with only supervised visitation rights. Ariel, who truly loved Emmy, was angered when her parents took full custody away from her and swore she would get Emmy back and could be a fit mother.

For the first 4 years of her life, Emmy grew up happy and being spoiled by her grandparents. However, Emmy also loved her mother, not aware of being neglected by her as a baby. She hated when her grandparents talked bad about Ariel, and usually couldn't wait until she was able to see to her mother again. But when she was 4, while playing outside on her grandparents' porch, Ariel stopped by the house and asked Emmy if she'd like to come and live with her.

Emmy, not understanding what was happening, agreed excitedly and left with Ariel. Ariel and Emmy drove for almost a half and hour before Perrie and Mark noticed Emmy's disappearance. After searching for the girl for an hour, they called the police to report Emmy missing. But by the time the police arrived at the house, Ariel and Emmy were out of the state.

For the next 6 years of her life, Emmy lived with her mother; the two usually sleeping in the vehicle they traveled in and ate whatever they could afford. By the time Emmy turned 5, her mother began to home school her, teaching her how to read and how to do math while visiting a few libraries. Emmy never questioned how her mother got money, but would have never guessed that Ariel was prostituting herself for money to support herself and Emmy.

But sadly, while in Los Angeles, an undercover cop caught Ariel while she was trying to make money. After arresting Ariel, he discovered that she was wanted in New York for questioning about her daughter's disappearance. After questioning her and having Ariel reveal the location of Emmy, he phoned the officers in New York, telling them he had Ariel in custody and that Emmy was safe and sound.

After being returned to New York, Ariel was sent to jail for Kidnapping and Prostitution. Emmy was then sent back to live with her grandparents. But now 10 years old, she wasn't as close to them as she had been before. She blamed them for taking her mother away and quickly became estranged from them. She also found it difficult to adjust to her new stable life. Emmy tried to run away many times after arriving at her grandparents', but each time was caught and taken back.

When she turned 12, Emmy began to notice strange things following her home from school, though, she just brushed it all off as her imagination. Soon after she started noticing everything, Emmy met Aidan Zima, who quickly became her only friend. A few days after Emmy's 13th birthday, however, she was attacked by a hellhound on her way home. Luckily, Aidan was nearby and arrived before the hellhound could hurt her severely. Seeing Emmy in trouble, he attacked the hellhound with a sword, killing it.

He then told her about him being a demigod and that she was one as well. He also added that he needed to take her to Camp Half-Blood, a place where she would be safe. Emmy, still in shock, didn't agree at first but after a few seconds, she did, deciding that the attack meant that she could trust him and that he wasn't lying to her. The two continued quickly to Emmy's home, and discovered that Perrie was home.

After explaining the situation to Perrie (and showing her Emmy's cuts from the hellhound attack as evidence), Aidan asked her for a ride to the camp. After much thought, Perrie agreed hesitantly. She drove Aidan and Emmy both to camp without incident and both arrived safely. Only a week later, Emmy was claimed by Ares/Apollo/Hermes.

If she truly loved Emmy, why did Ariel neglect her child? Where were Mark and Perrie when Ariel stopped by? Surely no guardian would leave a two-year-old by herself on a porch where people could easily get her. Where did Aidan get the sword he used to kill the hellhound? What age was she when she arrived at camp? Take your time.I've got forever to wait- Demi ღ

She realized she loved her and how much she wanted her after Emmy was taken away. And they were inside the house while Ariel stopped by. As long as they check on the kid once in a while, its normal for guardians to do that; my parents did that. But I changed the age to 4 because I realized 2 is a bit too young. Aidan's sword was disguised as his watch, so that's how he got it. And Emmy was 13 when she arrived at camp. Whatever you've been told, You're worth more than gold. 13:56, March 11, 2013 (UTC)

This claim has been approved as child of Ares. You now need to make a page for them and a word bubble, if you aren't sure how to do this you can see the guide here. Once you have done that you can add your character's name to the cabin list located on the cabin pages and start role playing with your new character. If you have any questions feel free to ask a member of the Admin team.

Retrieved from "https://camphalfbloodroleplay.fandom.com/wiki/Claiming:Camp/Emmeline_Yeung?oldid=1220865"
Community content is available under CC-BY-SA unless otherwise noted.