Appearance: See the gallery below :)

Personality: Cato is super high energy and always a ton of fun to be around, when you are with him it is guaranteed to be a riot. He is a very similar to his brother in appearance wise and they usually end up pranking people as they look the same. He loves his brother very much and usually always with him. 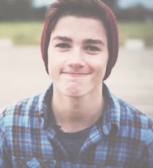 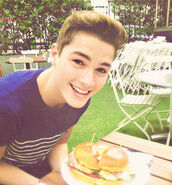 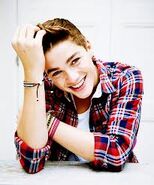 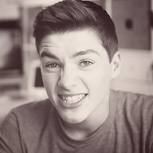 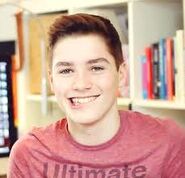 Cato
Add a photo to this gallery

Personality: He's like Cato, but a bit quieter. He likes to talk to people, especially his brother.

Ethan and Cato grew up in England with their mother Laina Marks. Laina always grew up loving Greek myth's and always had the thought that maybe Greek gods we're real. She ended up finding out the truth when she met a young man. He deemed himself as Aeolus/Zephyrus/Ares, Laina fell in love right away and Aeolus/Zephyrus/Ares agreed to stay the night at her house. They ended up having a one night stand and the next morning Aeolus/Zephyrus/Ares was gone, leaving a note in his place. The note said "Laina please forgive me for leaving, as I have many duties being a greek god. Please take care and maybe one day I can see you again. -Aeolus/Zephyrus/Ares"

About two months later Laina started throwing up well at her job, she knew right away this wasn't just the flu. It was from pregnancy. About a year later Cato and Ethan we're born. Laina loved her two little boys, even when they got into mischief. Most of the time it was hard to tell them apart, until they reached the age of 10. Well Ethan started to calm down and not get into as much trouble Cato still loved mischief and pranks. They usually pranked their teachers and Laina would always have to hear about it when the principal would call their house. But the problems all stopped once their school got a new principal. He was socially awkward around the students and whenever Ethan or Cato walked by he would give the dirty looks and smile a devilish smile except one, who's name was Daven. Daven didn't talk much, but he was Ethan and Cato's friend. What the twins didn't know, was Daven was a saytr, protecting the twins.

Well during their final year of school the two boys had every class together. But well in gym class the gym teacher was sick and the principal filled in for him. They did a lot of running and when the twins we're the only ones in the showers they heard a clicking coming towards the showers. They quickly grabbed towels and wrapped them around their waists, going to find out what the clicking was. They soon found out it was claws scratching against the ground as their principal was sitting their tapping his claws against the floor. Ethan and Cato we're confused until they saw him turn into a fury, one of the myths their mother had told them about. The fury flew after them, and then Daven saved them by turning the Fury to dust. They saw who it was. It was Daven with a sword in hand. Cato and Ethan thanked Daven, but Daven said there was no time. Daven led them out of the school and the twins ran.

They got home in only 20 minutes which would have been an hour if Cato was driving at normal speed, but he wasn't. They explained why they we're only in towels and what happened. Laina knew what was happening and agreed to take them some where safe. Well driving to their grandparents in Florida, something flipped their truck sending them flying into a tree on the other side of the road. It was a cyclops and circling above was their principal in fury form. Their mother was dead on inpact so it was up to Ethan and Cato to try and survive, but suddenly the fury was sent off balance and fell onto the road, then the cyclops got turned to ashes. It was Daven with some boy. Daven and the boy, who's name was Kyle, explained that Daven was a saytr and Kyle was a demi-god. They explained how the twins were demi-gods and weren't safe out in the world. Kyle and Daven led the twins to camp, then they got claimed by Aeolus/Zephyrus/Ares once they crossed the border.

This is a form of favortism that isn't allowed, Aeolus isn't allowed to personally save them which is the point to Satyr's being sent to look for Camper's Also explain more on how they escaped their teacher. How did they get out of the locker room alive?

This claim has been approved as two children of Aeolus. You now need to make a page for them and a word bubble, if you aren't sure how to do this you can see the guide here. Once you have done that you can add your character's name to the cabin list located on the cabin pages and start role playing with your new character. If you have any questions feel free to ask a member of the Admin team.

Retrieved from "https://camphalfbloodroleplay.fandom.com/wiki/Claiming:Camp/Ethan_%26_Cato_Marks?oldid=1220893"
Community content is available under CC-BY-SA unless otherwise noted.