Personality: Fiona is very cheerful person and when she's feeling sad, she covers that up by being extra cheerful. She can also give out very good advice even though it doesn't seem like it. She has ESP powers, that she got from her mother, which make her very unique, but these powers can let her feel other's feelings, see other's thoughts (both positive and negative). And if there are too many people with the same feeling when she tries to read them all, it will overwhelm her and cause her to feel faint/ill or just faint in general. But even though she is a cheerful person, she can be a ditz and clumsy at times.

Weapon: CB Sword her mother gave her that can transform into an amulet pendant 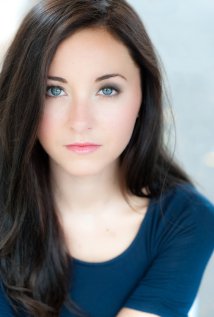 Alice White is a daughter of Hecate. She had strong ESP powers that her mother granted her with. One day, she met Hypnos, a lovely man who was very interested in Alice. They met in a bar and drank lots which led to a one-night stand. Alice knew that Hypnos was a god but still loved him dearly. So when she found out she was pregnant with their child two weeks later, she was so excited. But she knew that Hypnos had to leave because of Zeus' rule. And he did leave after he found out Alice was pregnant with their child. A couple of months after that, Fiona was born.

Fiona is an 'abnormally' cheerful person that can make anybody befriend her. She was very popular in school but even though she was popular, she only had a close friend named Jessica (who was a sleep nymph). In her childhood times, she took karate for self-defense and learned a lot of languages. She also started developing her ESP powers when she was only 10.

Getting to know she's a demigod

Knowing that Fiona should know about her heritage sooner than later (so it doesn't stir up some trouble for the both of them in the future), Alice told Fiona about Hypnos when she was only 11 years old. Fiona wasn't truely sure about her mother though but when Alice showed her daughter her powers (her powers she received by being a daughter of Hecate), Fiona believed her. Wanting to start Fiona's training asap, she started training her at least three times a day. On that day, Fiona received a bronze amulet pendant that can transform into a celestial bronze sword that she can use to defend herself against monsters.

At age 13, she had her very first monster attack. It was a hellhound but since she had been training since she was 11, she defeated it quiet easily. At age 14, she had her second monster attack. This time, an Empousai attacked her. Since she had never been trained to fight an Empousai before, it was a bit harder for her to disintegrate the monster. The Empousai was disintegrated in the matter of minutes and she left the fight only with a scar on her back and a couple of bruises (the scar didn't heal but the bruises did). At age 15, she was attacked by two harpies. Since she was trained to defeat land monsters, these were tough for her to disintegrate. She was near school when she was fighting them so her friend Jessica saw her and since she was a nymph, Jessica knew that Fiona was fighting them. She ran to her best friend's side and helped her out by making the harpies drowsy. Since they were drowsy, Fiona had a better time attacking them and after awhile, they managed to disintegrate them. Jessica then told Fiona that she was a sleep nymph Hypnos created and sent her to the mortal world to watch over her. Fiona understood Jessica's explanation since she already knew that the Greek gods and goddesses weren't a myth. Fiona then went back home to tell her mother that the monster attacks were getting worse and worse each year. Alice made the decision of letting Fiona go to camp when she turned 16.

On Fiona's 16th birthday, Alice and Jessica (Fiona told her mother that Hypnos sent Jessica to watch over her. Jessica new that Alice was a demigod and they before these events happened, they made a promise to keep Fiona safe until her 16th birthday) drove Fiona to camp. Jessica decided to come to camp with Fiona and has already discussed this topic with Hypnos and he granted her permission to keep watching over Fiona in camp. Fiona and Jessica was dropped off to camp and they said their thank yous and goodbyes to Fiona's mother. Once they stepped into camp, Fiona was immediately claimed as a daughter of Hypnos.

Note: I am currently asking some users if they are willing to make Jessica for me. (meaning, Jessica will be made)

Update: So Jessica will be made by DemyxHearts9

Just a few minor details. Did Alice know about Jessica before Fiona told her? If not, why didn't the mother take her to camp earlier? Could you specify her attacks between the age of 14-16? (Just a little, vaguely would even do). :)

Alice did know about Jessica being her friend but not being a nymph. And her mother didn't take her to camp earlier because she thought that the monster attacks would be easy for her to handel since she was trained since age 11. and if you look a bit closer in the monster attacks section, I added the monster attacks there, but if you want me to expand on it, i'll be willing too.

My mistake. >.< So sorry. Just one last thing to clarify, if Jessica was sent by Morpheus, why didn't she tell Alice about her purpose?

How could she not know? Being a child of Hecate, and the mother of Hypnos' child, she would have surely known that Alice was a demigod, this acknowledged of nymphs and spirits. (I'd suggest saying that she knew about her, and that they kind of cooperated to keep Fiona safe or something).

okay thanks for telling me XP and it's been added in

This claim has been approved as a child of Hypnos. You now need to make a page for them and a word bubble, if you aren't sure how to do this you can see the guide here. Once you have done that you can add your character's name to the cabin list located on the cabin pages and start role playing with your new character. If you have any questions feel free to ask a member of the Admin team.

Retrieved from "https://camphalfbloodroleplay.fandom.com/wiki/Claiming:Camp/Fiona_White?oldid=1368843"
Community content is available under CC-BY-SA unless otherwise noted.