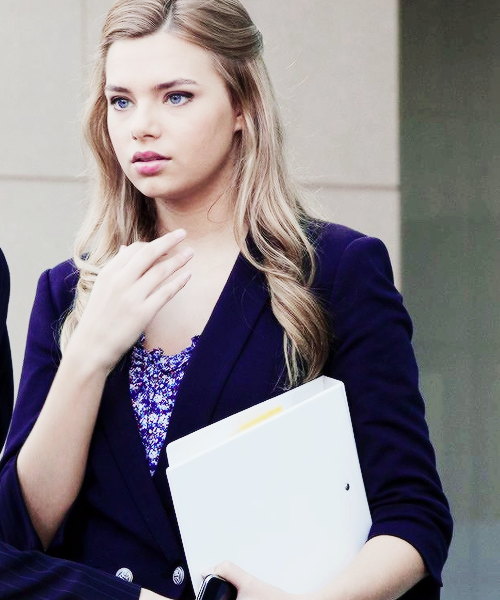 Many would describe Giselle as dumb but she is much more than that. She is not society's ideal definition of intelligent as she is no where near a genius or prodigy. Although she is very stupid, Giselle is very skilled with her Katana ever since training at the age of 13. Giselle also is very insecure due to her childhood of being the unfavorabled child and hates when she is compared to others. She is also very naive due to not having much experiences in the real world so she is unexperienced in making friends. Along with these traits, Giselle is also very sensitive and innocent. She also is not very focused, spending her times with her head high up in the clouds. Giselle is also very easy to be manipulated and will easily follow someone else's footsteps.

As the public knew, Cordelia Berling was a out of control twenty year old. She constantly slept around, cheating on her poor husband Robert. He was oblivious to her many affairs since he was so in love with her. Cordelia was best known for sleeping with the governor of Texas for money and power. She lived a glam life, dressing in designer clothing and lived in one of the most expensive houses in Houston. Cordelia also was an alcoholic, spending most of her free time in bars. Afterwards she would bring the men she met into their mansion, therefore having a long list of lovers she could easily call up.

She was staring in an ad campaign that advertised a perfume called "Dreams." She was attracted to her co-star named Jaxon Fernando (Morpheus) because of his extremely good looks and charisma. She took her chance at the after-party, confronting him in the bathroom and then dragged him into a bedroom where Giselle was concieved.

Soon then, she felt different. During shoots she would find herself running to the bathroom and Cordelia had a sudden craving for calories. Finding out that she was pregnant was the worst moment of her life- in Hollywood once you get your baby your career is heading down the drain. Cordelia tried to eat pills but it was too late and she couldn't get an abortion because otherwise the public would hate her more. Although Robert was heartbroken and miserable that the baby wasn't his, he agreed that they would lie to say that the baby belonged to him. Nine months later, Giselle was born and Cordelia didn't care and ended up giving the baby to her head-maid. The head-maid was a dream nymph, sent by Morpheus to monitor the poor child knowing Cordelia's records.

After giving birth, Cordelia decided to start an online clothing website called Berling Co. She spent her whole day having business calls, dealing with staff and everything dealing with her company. Giselle was left in the dark, often playing alone with her dollhouse in her room. Her step-father would always be busy with work, leaving her alone with the staff of the mansion. To raise more publicity for her growing empire, Cordelia adopted a beautiful baby girl from France, the country she was trying to expand her business in. With a headful of flowing brown hair, bright green eyes and high cheekbones Clarita was the center of attention in the Berling family. The five year old Giselle became more insecure as she grew up compared to the stellar child. Clarita was topping the lists of cutest celebirty children as Giselle slumped down into oblivion. Along with this, Clarita was showing signs of intelligence and was considered a genius, becoming popular in her private school. Giselle was ignored, privately tutored by the dream nymph. She was shut-down in the west wing of the giant mansion, and the staff felt sympathy for the young girl. One good thing came from all her misery, the love of fashion and make-up. In her bathroom, her mom left a huge collection of make-up and her closet was full of beautiful clothing. It helped her gain a little bit of her confidence back and she had her own style. Make-up helped her disguise her imperfections and helped her paint on her own canvas.

Clarita was confused, why was her older sister was not recieving attention. She felt bad that she didn't get the treatment she deserved from their parents. Their parents were too concieted and in love with the fact that they had a perfect daughter and they were obsessed with perfection. By the time she was 13, Giselle ran away from her home with her maid following closely. She was upset because her parents forgot about her birthday to go to Clarita's violin concert. The nymph confronted the upset girl when she reached a nearby gas station far away from their suburban neighborhood. She handed the girl a tube of lipstick. The cover was covered with gold and had the initials C.B. standing for her name. The maid quickly twisted the tube and it transformed into a gleaming celestial bronze sword. The maid dried the tears of the girl and held her hand as they went back to the mansion. To boost her confidence, she taught the young Berling some fighting skills saying that she needed to defend herself if she ever ran away since her parents were so high-profile. Everyday in the basement of the mansion, they would practice Giselle's fighting. They bonded each lesson and she could consider the maid as her second mom. Since they lived on the outskirts of Houston, monsters barely came to their mansion so her first monster attack came at the age of fourteen.

Wearing a disguise, Giselle sneaked out of her house to get some fresh air. At a nearby park, she sat on the bench and just cooled down from all of the stress. As she was walking to the fountain, a cute dog caught her attention. She had a knack for adorable fluffy things so it was natural that she had to pet it. "Hello little doggy." Giselle said, sighing as she scratched the dog. In a flash, the once cute pomerian turned into a feriocious hellhound. She turned her lipstick into a katana and fought the monster. By this point, she was skilled in sword-fighting and easily turned the monster into dust. Confused, Giselle ran back home to her maid. The maid calmed down the shakened up girl with a tea party. Over tea, the maid explained to Giselle abouot who her father really was. That she was not just a normal teenage girl, she was a demigod daughter of Morpheus. There was a special place for people like her and that part delighted Giselle's ears. She could finally have a normal life and have friends, people she could relate to. Her maid promised her that she could go when she was fifthteen believing that she was not ready now.

She woke up in late July, feeling ready to take on the world. Giselle had already spent the night before packing her clothes into a very tight suitcase and together they left the mansion when her family was out for Clarita's audition. They stole one of Robert's cars and went on to Long Island. They finally reached the entrance and Giselle kissed her maid goodbye as she went to her new life in Camp.

Weapons: Lipstick that could turn into a CB katana and a make-up compact that has hidden CB daggers.

Hey Kane ill be your claim checker for today :) So your Claim is just about ready to be claimed but there are a few things ide like to clarify/fix/add before it can be accepted

I think thats about it :) once youve edited this ide be happy to claim it for you

Fixed, by the way she still belongs to her mother but since Clarita is the shining star in the family that leaves Giselle ignored.

Retrieved from "https://camphalfbloodroleplay.fandom.com/wiki/Claiming:Camp/Giselle_Berling?oldid=1606523"
Community content is available under CC-BY-SA unless otherwise noted.