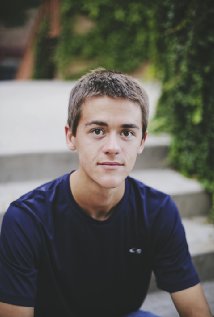 Personality: Curious by nature, Grahm enjoys new things. He's very out going and charismatic, as he wants to make friends. When it comes to doing tasks, he always sees at as a way to 'prove' himself to others and to himself that he can achieve his goals.

Parents Meeting: Helias Chloris was an employee at Biosphere2 where he worked as one of the caretakers in the tropical rainforest ecosystem where he took records on how the plantlife was doing and interacting with each other. He met the goddess Cybele when she came to see how the mortals were doing with their model of the first biosphere, Earth. Helias came across her on his rounds, but instead of ushering her back to the main path, the two of them began to converse and continued on Helias's rounds, discovering what they had in common. Cybele became a regular visitor to the Biosphere where she and Helias began to grow closer and she revealed her true nature as a goddess to him. After several weeks, they began seeing each other outside of work...and after that you can assume what occurred for Grahm to be born.

Early Childhood: After Grahm was born, Helias attempted to carry on his normal job by bringing Grahm to the Bioshpere. The infant enjoyed the fertile plantlife and it was almost as if he was perfectly at home in the rainforest. Helias continued this until Grahm was about five. Things changed though when he and Grahm were assaulted by Harpies (in the guise of large kingfishers) that were living inside the Biosphere. Remembering that his son was the child of a goddess, he left his job and moved away, using his money to build a 'compound' in the Arizona desert that he thought would protect his son. As Grahm grew older, Helias began raising him as a 'Doomsday Prepper', afraid that if he actually knew why they lived in a compound, that his son would think him crazy. This meant that Grahm was home schooled

Realization: While on a rare supply run when Grahm was 13, he and Helias went to Wal-Mart where they split up to gather more items. As he was shopping, he came across a girl with spike olive hair trying to reach an item on a high shelf. Pulling into the aisle he offered to give her a boost. Accepting, Grahm had her climb onto his back. She was able to get what she needed, but she lost balance, falling off him and bringing down several bags of fertilizer pellets down on top of them. Getting up, Grahm asked her about her unusual hairdo. Once on her feet, she introduced herself as a cacti nymph. Before Grahm could ask what that meant, Helias rounded the corner to see the mess that his son had made. Grahm attempted to explain what had happened, but Helias cut him off pulled him and the cacti nymph out of the store, not buying anything. Helias and the cacti Nymph explained to Grahm that his mother was a Greek Goddess. Their explinations were cut short when the three of them were ambushed by a harpy (the Mist making it appear as a vulture). Using Grahm as distraction, the cacti Nymph was able to severely wound the harpy with cacti needles, forcing it to retreat. Recovering from the attack, the nymph told his father about a camp in New York where Grahm would be safe, but his father refused the offer, keeping his son close to him.

Demigod in the Desert: After leaving the cacti nymph in the dust, Grahm was ticked off at his father's choice, but had no real choice but to obey. In an attempt to make it up to his son, Helias presented the polearm that his mother had given to Helias for Grahm when he was born. At nights, he'd sneak out in hopes of meeting the cacti nymph again, but to no avail, instead he found himself occasionally attacked. First was at 14 by a fire-breathing horse; he had been wandering the desert for over an hour when he came across the horse. Normally, wild horses ran away from humans, but clearly this one wasn't just an ordinary wild horse as it attempted to stampede him, spitting fire as it charged. While he did have his glaive, not getting trampled or burnt alive were his priorities. When the horse reached him, Grahm was trying to keep the horse at bay, stabbing his glaive at it. After being able to get a few good jabs in and loosing his shirt to fire, the horse retreated allowing Grahm to high-tail it back home before his dad got up. Later at 15 when he tried to look for the nymph again he was attacked by a giant scorpion. He had given up finding her again and was looking up at the stars when the stinger slammed down between his legs. Seeing the giant scorpion, Grahm started to back off, noting the three main points of attack it had: the tail and it's claws. Leaping away from the stinger, Grahm hacked off one of the claws, causing the claw to evaporate into the sand. Running around it before the scorpion could line up another shot, Grahm began swinging at the legs to slow it down even more. When he was able to reach the tail, Grahm started whacking away at it, still moving to avoid the scorpion from lining a shot up with him. Eventually, the tail snapped off due to the weight, landing ontop of the scorpion, the stinger slightly digging in to it's body. By the time Grahm was able to get home, the dawn had risen and his father was waiting for him, furious that he had left.

Campwards Bound: Finally, two years two years since he had met the cacti nymph, he managed to convince his father to let him try the camp. Going back to the Wal-mart, they were able to find the nymph again (as it turned out, she lived in the cacti by the parking lot). The nymph was able to give the father and son the location of the camp. Thus began Grahm's road-trip to Camp Half-Blood with his father in their modified armored truck (Grahm had assumed that his dad got it army surplus store or something. While the scent of a demigod on the move attracted the attention of monsters, Helias had done a good job of re-enforcing the sides of the cab, so while the vehicle took dents, scratches, and scald marks, the cargo inside was safe. They spent most of their time driving, even Grahm took turns driving when they were on less populated roads ("Consider it 'behind-the-wheel' practice" his dad had said). After nearly a week, he and his father arrived at the address that the nymph had given them. Saying goodbye to his father, Grahm entered the camp, unsure what was ahead of him...

When you fix this, if it looks good to me, I'll contact and admin/RB to check it and possibly claim it :)

Other than that, it looks fine to me. Good job :) "If life hands you a lemon, throw it at someone!" DrXax

Retrieved from "https://camphalfbloodroleplay.fandom.com/wiki/Claiming:Camp/Grahm_Chloris?oldid=1518973"
Community content is available under CC-BY-SA unless otherwise noted.