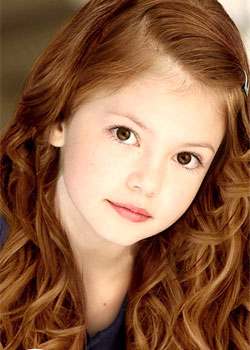 Personality: shes sweet and kind but isn't into make up and stuff. in short she's a tom-boy she can always be found ing trackie bottoms and playing football or on the x-box with her brothers.

History: adam jones was sitting in a bar nursing a drink when the most beautiful woman he had ever seen walks into the bar. she sits next to him and after a moment of silence she asked why he looked sad. he didn't know why but for some reason he told her everything how his wife of 20 years had just died from cancer and how he now had to raise 5 growing boys by himself. it wasn't as if he was poor he just didnt think he could look after 5 kids. the woman comforted him and they talked and talked and talked and one thing lead to another and indigo was born.

indigo had an average childhood she was taught how to stand up for herself young by her brothers so she wouldn't get hurt she was taught how to read and write at school and she had an average childhood until she was about 9 when the teachers at her school began to realize she couldn't actually read very well. at first they thought she was just lazy but it gradially came to their attention she was also always hyperactive and couldnt spell very well either. she was sent to get tests and the family found out she was ADHD and dyslexic. her father didnt complain once and just took it under his wing and kept going with their lives.

she was always a tom boy she didnt have time for all the talk about clothes and make up or relationships. when she was 12 the monster attacks started she was sitting in the park waiting for her oldest brother to pick her up from football when a giant ferocious dog jumped out of nowhere. "hellhound" her best friend alex cursed "i should have known" the boy pulled out a sword from nowhere and charged the hellhound. alex fought the hellhound until it just disappeared leaving only golden dust "indigo quick we have to go" he said urgently "go?"she had asked confused "go where" "the only place you can be safe" he says. just at that moment her brother pulled up. "jake"alex had said to him "indigo's been accepted to a football summer camp. she needs to leave in a few hours" surprisingly he bought it and 3 hours later alex indigo and jake were driving to wherever this place was. during the journey alex told indigo that the greek gods and goddesses were real and he was a satyr. he proved this by pulling off his fake legs revealing goats hooves. he aso explained how she was a daughter of a greek god or goddess.

upon arriving at camp she was quickly claimed by Aphrodite the goddess of love. she was confused. it was the complete opposite of her. beside that she quickly settled in to routine with the Aphrodite cabin. she is still 12 having only just arrived at camp Weapons: a set of bow and arrows and a small dagger she always carries around with her which was given to her by her protector as soon as she arrived at camp Kittycat589 (talk) 07:43, December 20, 2013 (UTC)

All the things needed in a claim are all here. Good job *thumbs up* However, kindly fix your capitalization and punctuation. Also, I have a few questions:

Lastly, please don't forget to sign under your claim with the four tildes ~

Where did she get her weapon?

Oh, and I think it would be better if you just rp her as a newcomer and not when she's been at camp for three months. In that way, you'll get the feel of a 'real' newcomer. There's nothing wrong with being new anyway :)

Retrieved from "https://camphalfbloodroleplay.fandom.com/wiki/Claiming:Camp/Indigo_Jones?oldid=1201041"
Community content is available under CC-BY-SA unless otherwise noted.