Appearance: Isaiah is very tall, standing at 6'3, and is very muscular. He has short black hair and dark brown eyes. Isaiah is very tan and has dark facial hair. He also has very broad shoulders and sharp facial features. 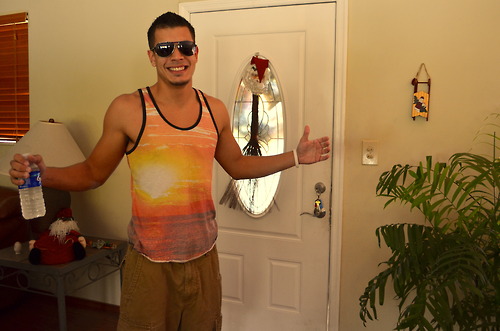 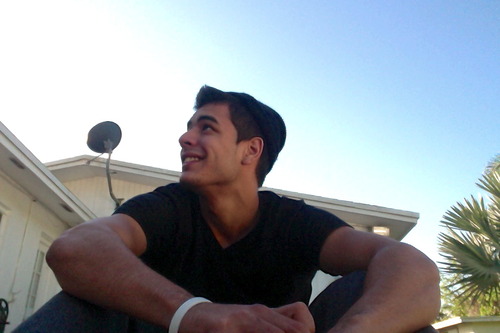 Personality: Isaiah is not an every outspoken person and tends to not talk a lot. He is known to have a bad temper, and also known to be quite aggressive. Isaiah is also very overprotective of those he loves. He can be harsh and cold at times, but deep down, he's a really loving and caring man to those he truly cares for. Isaiah is bisexual.

History: Rebekah Carr grew up in the small town of Durham, Maine, the only child to Irish immigrants, Judah and Ruth Carr. When Rebekah was 19, she moved to Augusta, Maine to go to college there and get a degree in Law and Business.

While there, she began to date Paul Thompson. But after a year of them dating, Paul revealed to her that he had been cheating on her and had impregnated the other woman. Heartbroken, Rebekah broke up with Paul.

A few weeks after the break up, Rebekah's friends took the depressed Rebekah out for drinks at the local pub. There, Rebekah meet a man, who unknown to her was Thanatos/Apollo/Eros. The two chatted and drank together for the rest of the night, before, both completely smashed, going back to Rebekah's dorm and sleeping together.

The next morning, Rebekah wasn't surprised when she saw Thanatos/Apollo/Eros was gone from her bed and the dorm. For the next 3 months, everything seemed to go back to the way it was before. Rebekah moved on from Paul, and she began to focus more on her studies.

But around that time, Rebekah discovered she was pregnant with Thanatos'/Apollo's/Eros' child. Knowing she wouldn't be able to take care of the child alone and in a college dorm, Rebekah dropped out of school and returned home to Durham to her parents' home. Rebekah's parents were disappointed that Rebekah had a child out of wedlock, but they were truly excited at the promise of a grandchild.

On February 18, 1994, Rebekah gave birth to Isaiah Elijah Carr. Isaiah grew up as a normal small town kid. He was rebellious and lived off getting in trouble in primary school, but because more distant and withdrawn in secondary school. When he was 11, he met a girl by the name of Sofia.

Sofia was the polar opposite of Isaiah, she was loud and outspoken, always voicing her concerns and thoughts, so it was a surprise to Rebekah when she and Isaiah became good friends.

But a few months before he was to turn 13, Isaiah started noticing odd things happening. He'd see shadows and would hear people whispering around him at all times. He was almost attacked by a very large dog at this time as well, but luckily he outran the creature.

Around this time, Sofia became quieter and more nervous.

And soon his birthday passed, much to Sofia's relief, without a problem. But a day after his birthday, Sofia, who was almost going insane with fear and anxiety, told him everything. About the camp, about monsters and about him being a demigod. Isaiah didn't believe Sofia at first, but as soon as she revealed herself to be satyr, he believed her.

Sofia then told him that, because of her, he was no longer safe and needed to go straight to camp. Isaiah was surprised when Sofia told him that the camp was all the way in New York City, which was 338 miles from Durham, roughly 5 hours.

Sofia then explained all of this to Rebekah, who was shocked but still agreed to drive them there. But the entire time they were driving, Rebekah didn't speak a word to Isaiah.

The group didn't have any troubles until they reached New York City. There, a harpy began to follow them. Sofia told Rebekah to drive faster and also told Isaiah that they needed to run once they reached their destination and that he shouldn't look behind him, no matter what.

And when they reached Camp Half-Blood Hill, Sofia shoved Isaiah out and continued to push him along. They knew the harpy was chasing after them, so they ran as fast as they could. And fortunately, they made their way into the camp without any injury or encounter with the harpy.

A few days after arriving, Isaiah was claimed by Thanatos/Apollo/Eros.

Nice job.
You Have Been Claimed

This claim has been approved as a child of Thanatos. You now need to make a page for them and a word bubble, if you aren't sure how to do this you can see the guide here. Once you have done that you can add your character's name to the cabin list located on the cabin pages and start role playing with your new character. If you have any questions feel free to ask a member of the Admin team.

Retrieved from "https://camphalfbloodroleplay.fandom.com/wiki/Claiming:Camp/Isaiah_Carr?oldid=1223019"
Community content is available under CC-BY-SA unless otherwise noted.