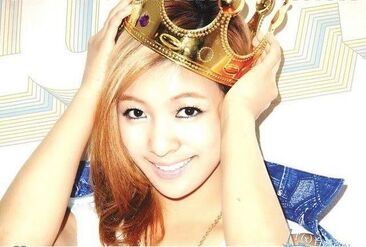 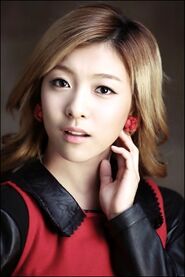 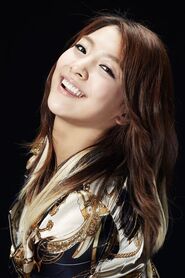 Chang Dong-sun was a first-generation Korean-American, a fresh immigrant from South Korea. A young 29 year old, he was hoping to start fresh and begin a family with his wife, Su-bin. When they arrived, Dong-sun got a job as the cashier at a deli. His job was grueling, over twelve hours of work a day with little pay. Sick and tired of living a frugal, poor life, Su-bin packed her things and fled when Dong-sun was away at work. When he returned, there was no note, no remainder that she had ever lived there. She had just left.
Dong-sun fell into despair and searched desperately for her, but he never found her. He lost his job after being absent for too many days, just laying in his bed, thinking about all the things he could have done to make her stay. Many months later, he was taking a small walk in the park when a lovely, bright woman strolled up to him, looking for a chat. At first, Dong-sun brushed her off, unable to comprehend her pace of English words when he had barely learned, but he eventually warmed up to her, and by the time he realized he had been in the park for almost two hours, he was just starting a conversation about a new topic with this woman. She begin teaching him English, ad introduced herself as Lily.
Dong-sun typically fell in love with this woman, who had walked up to him just to talk, because she had noticed his gloomy nature and wanted to cheer him up. But the woman grew to be extremely affectionate of him, and Dong-sun managed to learn fluent English thanks to her lessons. The two fell in love and often spent the lonely nights together. A year later, he took his chance and proposed to her, back in the park where they met. But Lily suddenly turned reluctant, and Dong-sun became discouraged and heartbroken when she refused, saying she couldn't marry him. When he asked why, she didn't answer. He begged her to marry him, not wanting to be alone again. Lily was saddened but put her foot down-she couldn't marry him.
After that, she vanished. Dong-sun spent many lonely months by himself, and after ages of sorrow and loneliness, angrily decided that love only destroyed you and swore never to fall in love again. Never to marry. It only ended up hurting you.
However, just a little less than a year after Dong-sun lost Lily, he opened the door to his rundown motel room, too poor to even afford a real house anymore, and there was a baby girl in a wicker basket decorated with holly leaves. In the basket was a note and a roll of money, almost $500 worth. In the basket was also a ring, too big for the baby's tiny fingers. It was a simple wooden band with something that looked like a piece of bronze set in the middle.
Shocked and surprised, Dong-sun's sorrow was refreshed when he saw the note was from Lily-or so he thought. It was her same scribble, but it turned out,her name wasn't Lily.
It was Cybele.
Cybele desperately tried to explain the situation to him-about Greek mythology, how their daughter would be in danger, but Dong-sun was now furious and dismissed her words as crazy rubbish. However, he grudgingly decided to keep the baby girl and the money. He named the girl Minhee after his mother and promised to give her a good, easy life. But, he didn't wish to have a personal relationship with his daughter-he would never forget Lily, aka Cybele. He couldn't.
Dong-sun, now fluent in English, used the meager amount of money to provide while he looked for a job. He soon found one at a media company, who admired his fluent English and his brains, and hired him. Dong-sun later legally changed his name to Ryan and quickly climbed the ranks of the media company, earning more and more money for the household.
Ryan never told his daughter about her mother-only telling her short, angry stories about how she had abandoned them for her own selfish needs whenever she asked. Minhee soon lost curiousity about her mother.

Kyra is independent, used to fending for herself and never knowing any love or affection growing up. She grew up without a parent's love or any true friends, so she is unfamiliar with the concept of opening up to people and trust. She's always been self-reliant and looking out for herself, never having any concern for other people, so she thinks only for and about herself and can somewhat be classified as conceited or self-absorbed. She's always lived a pampered life and although she is a rebel at heart, she's still a little spoiled. She's reckless and happily throws herself into any situation, no matter how dangerous, without thinking up a plan or tactic, thus she takes unnecessary risks. She always goes against the rules and loves it when she ticks off or frustrates people, since she knows she's got your attention. She loves being in the spotlight and will stamp out anyone who rivals her in sharing the attention.


Retrieved from "https://camphalfbloodroleplay.fandom.com/wiki/Claiming:Camp/Kyra_Jean?oldid=1463016"
Community content is available under CC-BY-SA unless otherwise noted.