Age at time of arrival to camp: 15

Appearance: She is about average height of 5'7" with shoulder length black hair. She is usually wearing a japanese school girl outfit. 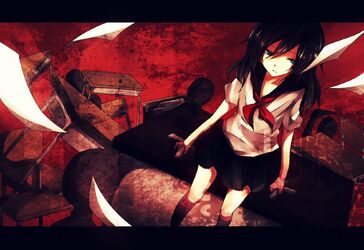 Personality: She is very outspoken but is usually sweet. She can have a flare up of temper but never anything to severe. She almost always has a puppet with her whether it is in her arms or strapped to her back.

History: Liliths Dad was a single man. He lived an easy life going about his daily life as a RN at the local hospital. One evening he was out after work getting a late night drink to take off the edge of his nerves after her long day. But a drink turned into several when he met a nice woman. She was quite polite and offered to drive him home. He politely accepted and gave her directions on how to get there. When they got home he asked her for her number. She simply stated "No worries just meet me at the bar tomorrow and we can get a few drinks. So he did just that. But this time when she offered to drive him home he said sure and when they got home he asked her to come in. She did and they sat in his living room in an awkward silence. He asked her politely if she would sleep with him as he had begun to get lonely and wanted a companion. She accepted and let him sleep with her. When he awoke she was gone without a trace. He never heard from her for 4 months. He waited and waited and never heard a peep. Till one evening she showed up again. But instead of being alone she had a child. A young girl. She simply stated "Your child" and presented her to him. He took the young girl and when he looked up the woman was gone again. He raised the girl and named her Lilith. They lived happily for 8 years. Nothing huge happened to them thankfully. They just had a nice quiet family life with him going to work and her going first to a day care then to an elementary school. Her father never married but he dated. Lilith never liked the women he brought home and on most occasions wasn't afraid to say so. So they all left him and he was sad. He went to the bar every night hoping to meet the woman again but he never did. Then one night he got really drunk. And when he was driving home he had a head on collision with another vehicle. He died on impact. When the court tried to deside what to do with her they decided to place her in foster care. That is how she came to be the "child" of Mr. and Mrs. Merina.

When she came to the family she met a young girl by the name of Zella. She assumed her to be the Merina's child and smiled warmly. "My name is Lilith!" She said politely. She then spent the next few days learning about the family. She learned about the family business of puppet making. She spent a lot of time playing with Zella and her little puppets. She kept up a constant stream of chatter while watching her dissassemble and reassemble them. One night Lilith was laying in bed reading a story book when she heard Zella knock on the door. She got up and Zella motioned for her to follow. It was late so Lilith creeped along quietly. And when they reached the top of the stairs she peeked down to see a monster turn to glare at her and Zella. Someone made a squeaking sound and the monster tried to charge them. But Kris tackled him and her and Zella ran to her room. She heard a beautiful song coming from down the stairs and then some time later Kris and a strange man came to their room. Kris and the man exchanged a look and then Kris told them to pack their things because they were going on a trip. It turned out this would just be a change of home as they moved in with the man, who she later learned was named Jeremy. Jessica told her while they were there that he was family who wanted to keep them safe.

The whole family lived together happily. Mom and Dad, as she had taken to calling them, ran their store. Her and her sister Zella played with and made their own little puppets. And Jeremy was mostly out and about. But one day something really strange happened. Someone knocked at the door. Everyone was home but Dad who was closing up the store. Mom answered the door scoffing that Dad had forgotten his key. But when she opened the door an inch it burst open and Mom was knocked over. Jeremy immediately was there pulling of his bracelet that he always wore. It turned into a sword! The woman who had burst in through the door changed as the bracelet did and she looked like and old hag with a bronze leg. Jeremy confronted the creature. But what was wrong with his legs!? They were hooves like a goat. Lilith was so uncertain of what was happening. The creature slashed at Jeremy with her claws but Jeremy blocked her attacks with his sword and it cut off her arm. The creature reared back in pain and Jeremy took the initiative. He slashed at the monster repeatedly until it dissolved into a strange golden dust. Lilith looked into Zella's eyes confused and shocked. Jeremy turned to them and Dad walked through the door. Seeing Mom sitting on the ground and Jeremy standing there with his new hooves and sword. Jeremy explained everything in short and said he needed to begin training her and her sister to get them ready to go to camp.

Jeremy took Lilith and her sister under his wing. He even gave them their first weapons. Lilith spotted a lovely necklace that she imeddiately picked up and put on. But it soon turned into a whip with three spikes at the end. She giggled happily and snapped the whip. When she turned to look at Zella she saw her pick up a ring. It grew to cover her nuckles turning into a pentra claw. She saw Jeremy hand her another ring that acted in the same manner. During their training Lilith and Zella's powers began to develop. Lilith started to notice strange powers of her own. Jeremy tried to help her but couldn't figure out her powers. So Lilith simply repressed them during her training. Jeremy helped her and her sister fine tune the use of their weapons. Lilith learned early that her weapon was fit right for her. She could snap it with such poise and class. One day while her and Jeremy were training she used her whip to cut 3 deep gouges with her whip into a log. They were so deep that if she had placed them any better they may have gone all the way through. Then one day their training was put to the test. While Lilith and Zella were training Jeremy ran in beaten and bloody. He told them to get ready that a group of empousai were on their way. Two of them ran in through the door not moments later Lilith screamed to Zella to take care of the one on the left. She then used her whip to cut another group of gouges into her empousai. She made sure to stay back a ways so her weapon would be effective. But then her powers flared up. A red symbol began to glow beneath her. She was terrified but knew to hold out her hand as this had happened before. A ball of fire shot forth and struck the empousai right in the chest. It screamed and tried to charge her. But a blue symbol appeared. This was knew but Lilith kept her hand forward and the empousai ran right into an arcane shield. Lilith cracked her whip again and the gouges were enough and the empousai turned to dust. She turned to see the Zella too had finished her opponent. But here powers weren't done raging. The red symbol appeared again and Lilith couldn't hold back the magic. Three fire balls began a blaze in their home. She screamed to Zella to help her with Jeremy. And with her help they dragged him out of the home. Jeremy said that they needed to go to camp. So when he was well enough they went to camp slowly.

Weapons: A whip that turns into a necklace when not in use. And a CB Short Sword 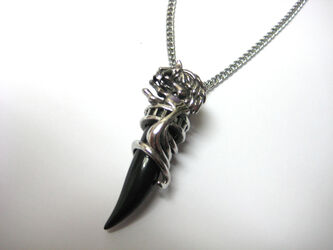 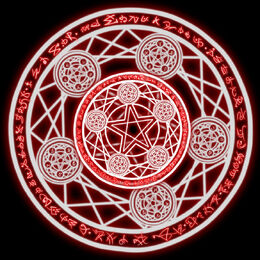 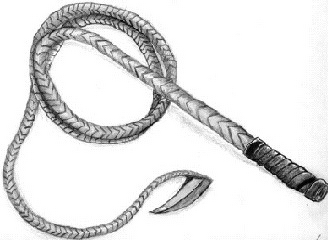 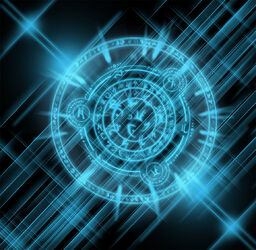 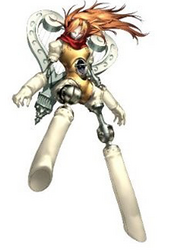 Is this a WIP?

Yes it is. Sorry but I wasn't sure how to actually label it that way.

This claim has been approved as a Child of Hecate. You now need to make a page for them and a word bubble, if you aren't sure how to do this you can see the guide here. Once you have done that you can add your character's name to the cabin list located on the cabin pages and start role playing with your new character. If you have any questions feel free to ask a member of the Admin team.

Retrieved from "https://camphalfbloodroleplay.fandom.com/wiki/Claiming:Camp/Lilith_Merina?oldid=1351726"
Community content is available under CC-BY-SA unless otherwise noted.