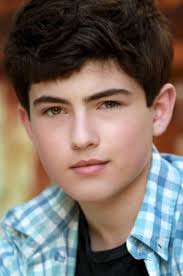 Personality: Lorne Cuthro a is very cold and an unfriendly person. He is hostile towards most people that try to befriend him. He is very independent, and capable of fending for himself. He is very regimented and won't let anything interfere with his plan. He believes that he has suffered more than most, therefore thinks he's tough and can't show weakness, which he interpreted as emotion. The only emotion he shows is rage.

History: 3 months after the child of Josephine Cuthro was born, Poseidon got drunk. In his drunken state he went to Josephine Cuthro and attempted to woo her hoping now that the child had been born she might accept him. However, she tried to send him away. BIG mistake. Poseidon became inflamed at being rejected twice and he did something unthinkable. He raped the poor woman. Unfortunately for Josephine, it was that time of the month for her. She became pregnant with Lorne. 9 months later, on the day after Daemyn’s birthday, Josephine gave birth to Lorne. In disgust she gave him to foster care immediately. She never saw his face, not once. She instead concentrated her efforts on raising Daemyn. This is the source for Lorne’s hate for Daemyn. HE was raised by their mother. Lorne wasn’t. Lorne never got a foster family. No one liked him. No one paid any heed to him. Lorne got fed and that’s about it. He was never loved, now he feels that no one will EVER love him. So he doesn’t love back. Lorne went through life by sitting there feeling sorry for himself. He went to school and sat alone, only one person ever tied to be friendly towards him and they wound up regretting it. The person was a guy that had just moved there and hoped to make an easy friend. The kid’s name was Henry. Henry followed Lorne around for a week until finally Lorne got so fed up with him that he punched him square in the jaw breaking it. That little fight wound getting him suspended. The foster home paid no heed to it they paid for Henry’s medical bill and left it at that. He never did his homework so he barely passed each grade. No one lectured or reprimanded him about it. Lorne went through the motions every day until he turned 11. That’s when one of the ladies that ran the orphanage started paying attention to him. Lorne noticed and immediately became suspicious. His suspicions were founded.

The nanny suddenly turned into a harpy and sprang at Lorne. That’s when another nanny that always had an eye on Lorne. Lorne thought it was because she didn’t trust him. However she was clearly protecting him because she swung a cane that turned into a sword at the creature. The lady looked at him and explained everything, including the fact that she also a child of Poseidon sent by their father to train Lorne. She looked at him critically. "However you are too young to go to camp, your father thinks two years of training would do you good, especially seeing as how neither the Aeolus kids or even your brothers and sisters will like you." Lorne frowned. "Why?" The nymph looked at him critically. "You are the offspring of a rape. It stands to reason that you would be looked down on." Lorne grunted. “Figures." "Meet me in the courtyard at midnight every Wednesday night." Lorne grunted.

2 years later after the occasional monster attack. There was one last year by a gorgon that one had gotten him his Scythe. Lorne won it as a prize of war. Another memorable attack was from a telekhine. Unfortunately due to Lorne toying with it, a kid almost died after Lorne ran into him and stumbled. Then there was a flock of harpies, Lorne had come out covered in feathers, and he had still needed help from his mentor. There was also a lone alone symphylan bird, Lorne just took advantage of the kid’s screaming and killed the beast. On the day that he left for camp it was a herd of fire-breathing horses, 5 of the beasts came right at him as he practicing with scythe. Lorne just grinned as he faced the horses head on. They came charging at him the nostrils smoking flames. Lorne flipped over one of them as sliced down with scythe severing its head. The remaining horses kept on charging, when they suddenly whirled, and came right back at him. Lorne leaped out of the way, and jumped onto the back of one, when Lorne took control of it as he overpowered with his mind. He forced the beast to charge its companions. Lorne galloped through the ranks decimating them as he went, after they were all dead, he realized that he had a burn along his upper arm. He stared at it and passed out.

After the fight his mentor came to him came to him. “Lorne it's time for you to go to camp.” He looked up at her and nodded. “I’ll take you to the cab.” Lorne nodded again. The nymph walked him to the cab. While he was loading his bags, she slipped the driver a golden coin. Lorne walked around the cab and took a seat a little startled to see the drivers of the cab but quickly got over it. The nymph walked back to the orphanage. The cab sped off. Lorne never looked back. The cab took Lorne to the hill. “Just over that hill young man is your new home.” Lorne walked out of the cab as it sped off. Lorne walked up the hill and into camp.

*Please formulate the appearance so that it's 3 to 4 full length sentences long.

*Gods will never be depressed over, beg, or plead to a mortal. They are deities and higher beings, this is something they won't do. If a mortal ever chooses another god over him, the god will just go meet another mortal (since there's always one better than that one). Since gods are constantly with other mortals, they won't get too bonded with a mortal since they'll end up leaving them when a child is conceived.

*Who told the memory nymph to look over Lorne? Camp generally send satyr "protectors" for demigods and Poseidon would not be able to send a memory nymph neither as memory is not apart of or have any relation to his scope.

*Please specify what species of monster the "vicious beast" was.

**As a child of a big-three god Lorne will need to encounter his first monster between the ages of 8 to 11.

**For each year, after his first monster attack, that Lorne did not go to camp, please add and elaborate on another monster attack.

*A memory nymph is only remove a person's memory for few moments. So even if the memory nymph did, Lorne will have his memory about what happened back a few minutes after.

*Why did the memory nymph slip the driver a drachma, is it a regular taxi?

**However per our policy, the youngest age a demigod can be at camp is 12. You'll need to find a way to fulfill both points above.

*Please explain where and/or who Lorne received his scythe from.

*Please explain why Poseidon had this plan, and why he had to carry it out on that particular date. *It might be a good idea to add some backstory about Daemyn if he's so important. *Please expand a bit more on his childhood before age 11. *Why does the nymph say no on will like him? **How did a simple swing with a cane manage to dissipate a storm spirit? *Why would it be monsters related to Aeolus that attacked him? **Why did Aeolus (seemingly) hate Lorne? *Please detail some of the monster attacks over the two years. *How did the water nymph know how to train a demigod? *Please detail his fight with the storm spirits before he journeys to camp.

Sorry for the long wait in checking this >.<

Aeolus hates him becosue he is a constant remainder to the rape. He is defending Josephine's honor.

Please separate the history into paragraphs to make it easier to read >.<

You appear to have put your history in the Personality section and you don't seem to have any personality written.

I am so, so, so, so sorry for the wait in getting this claimed :/

This claim has been approved as a son of Poseidon. You now need to make a page for them and a word bubble, if you aren't sure how to do this you can see the guide here. Once you have done that you can add your character's name to the cabin list located on the cabin pages and start role playing with your new character. If you have any questions feel free to ask a member of the Admin team.

Retrieved from "https://camphalfbloodroleplay.fandom.com/wiki/Claiming:Camp/Lorne_Cuthro?oldid=1479864"
Community content is available under CC-BY-SA unless otherwise noted.