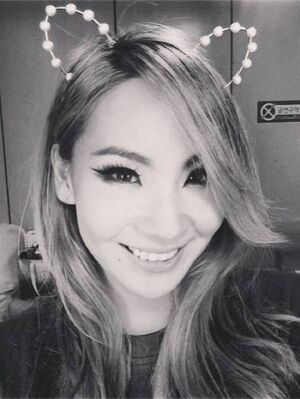 Personality:  On the outside, Poppy displays the character of a fierce and self-confident individual who rarely backs down from a challenge and loves to point the flaws out in other people to cover up her own. Her attitude seems to be rebellious and she hates to be contained or controlled in anyway and as such, expects things done for her or to be done in the way in which she instructs. Her temper is a mixture of good and bad. Some days it's good and people can get away with the smallest control over here, but on others she'll abuse the controller until they stop. Via her powers she's also seen as manipulative and deceitful.

On a deeper level Poppy is shy and insecure about herself - constantly doubting if people love her for her, or her body. In reality, she loves to abide by rules so she has some order in her life and she also likes to have someone tell her what to do so she can focus on it and not get sidetracked. She's generally quite patient and hates to have major control over somebody. She's caring, having a soft spot for people who're having love troubles. She doesn't like to use her powers to control somebody, only for a last resort.

History Kang Sukjong was a wealthy man in 17th century Korea. His family had close bonds with the Joseon dynasty and since the day he was born he was raised to be a potential suitor to any of the ruler's daughters. The day in which he would be married off to the youngest daughter, a woman of an different race had appeared seemingly out of nowhere. Strangely enough, it would seem that Sukjong was the only one who could see her, and anybody else he tried to tell about the mysterious woman would brush him off and call him a freak among other things. The mysterious woman had enticed him enough to bed her when he knew his parents would disown him if they should find out. After bedding her, he fled from their home and moved closer to what was today's Seoul.

After nine months of hiding from his family, Sukjong met the woman again. This time, unlike before, she concealed herself and explained briefly in broken Korean that she was someone special and that their daughter was someone even more special who would need to be protected no matter what. Understanding to some extent, Sukjong accepted the girl and named her Hui-Bin after the King's current consort.

Hui-Bin grew up rather tomboyishly - whilst other girls prepared for motherhood and to be potential brides to any princes of nearby kingdoms, Hui-Bin perfected the art of swordsmanship and roamed her father's large house without a care in the world. Since the age of seven, her father had began to train her to use an array of weapons - her particular favourite being a bow and arrow. By the time she was thirteen she had perfected the use of most weapons and had begun the teachings of being a lady. Her father would often leave their home to travel down to his hometown where he would sometimes visit his old friends and reminisce over fond memories had shared, leaving Hui-Bin all alone. It was during one of these visits where she was attacked by a adolescent hellhound. Although bigger and more vicious than any other thing she had faced, Hui-Bin had used her knowledge of the large house and her skills to take down the monster with few difficulties. By the time her father had returned and she had explained the event, the freedom she once had was taken away and she was ordered to not leave the house unless it was a dire situation.

For the next four years Hui-Bin spent her time locked away in her room essentially, a growing fear of being a disappointment to her father inside of her. On her seventeenth birthday her father announced she would marry the heir to a nearby dynasty and there was nothing she could do to avoid it. Enraged and a little scared, Hui-Bin fled her home and made her way up north, no plan thought of.

For the next three years she spent her time wandering the towns and cities of what is today's North and South Korea, making money by dancing to old folk songs and by other means. She quickly became known as the 'Marriage Wrecker' or 'Home Destroyer' as husbands who were bored with their wives or newly weds seemed to been captivated with her and had affairs with her. Hui-Bin, figuring that the dynasty she was set to belong to, had sent horses and wanted her dead for abandoning the engagement thought she had nothing to lose, meaning she had multiple affairs and thought nothing of it.

By her twentieth birthday it had seemed that she had made a complete circle and had ended up in Seoul. It was there that she bedded a wealthy man who, after the affair, lost his marriage no more than a few months later. The man's father, Thanatos, had seen the heartbreak his son had gone through with two women and had seen the trail of disaster that Hui-Bin left behind her, decided that he would send two of his sons that belonged in the Dynasty's manpower to kill her. Seeing this, Aphrodite appeared to Hui-Bin as she walked from a market, telling her she wasn't safe. Handing her a map and a bag full with food, water and an unknown currency, she told her daughter to head where she felt comfortable.

The trek to this said place took six months from walking, running, horseback riding and other means of transport until Hui-Bin ended up in Paris, France. Finding that the people around her did not share the same ethics she did, she expected that she would be sought out easily and dealt with. But when she found a mirror, she discovered that she too had gone from a Korean woman to a Caucasian one, with long blank hair and deep, brown eyes. In a dream a few nights after her arrival, Aphrodite confessed that she had used her powers to alter the appearance of Hui-Bin so she would blend in. Aphrodite further went on and said over time her old features would return to her and consequently, she would remain immortal so to speak until she had her old features back, in which she would age as normal. Hui-Bin found out this was to escape the clutches of Thanatos for a little longer. Seeing as her name was unfitting, the girl adopted the name Poppy Paradis and Kang Hui-Bin became lost in time.

Although anyone would've thought that Poppy abandoned her old lifestyle along with the name she once used, but instead, Poppy carried on breaking marriages and bedding younger men. By using intestines of sheep or horns that were blunted down the girl avoided pregnancy.

For the next three hundred years or so, Poppy travelled the entirety of Europe, even venturing into America for a while, bedding countless men. It wasn't until the divorce of one couple in 2003 did Hera take action, having recorded what Poppy had done since she had left her home way back when. She laid a curse on Poppy so that any marriage she was involved in, whether she knew one of the participants or she was the bride herself, would be doomed to fail within a year, unless the two people truly loved each other. Of course, Poppy didn't know of the curse and unlike before, Aphrodite couldn't contact her in person due to the new law of the gods so she came to her daughter in a dream, explaining what Hera's curse meant. Despite this, Poppy continued her way of life, stating it was a habit she couldn't break.

As the beginning of the year 2014 rolled in, Poppy found that her old features had fully come back to her and that she was to age once more. Knowing that her time as an immortal woman had ended, she vowed to herself to never ruin marriages intentionally and to live a life of happiness and not one of destruction. Via another dream from her mother, she found Camp where she's resided ever since. Weapons: Celestial bronze sword

Retrieved from "https://camphalfbloodroleplay.fandom.com/wiki/Claiming:Camp/Poppy_Paradis?oldid=1359874"
Community content is available under CC-BY-SA unless otherwise noted.