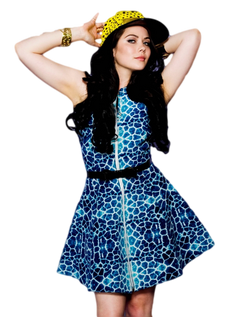 Raised as she was, Priscilla is a natural born leader and queen. Because of many tutors and teachers she is very intelligent and wise, knowing many facts about France's past history. She is also great for giving out advice if needed; everything from revenge to love. Though, Priscilla is very distant and will not normally engaged a conversation with others unless it is someone she loves or she is supposed to (such as other royals). She is also very cold to that person if they don't make a very good impression to her. Priscilla is still broken hearted from the death of her lover. Because he was killed by Ares, the god of war she somewhat now dislikes his children.

In spring of July, there was a grand ball held in Paris, France and all the royalty from different countries were invited. The grand duke of France named Adrian LeBeau was not enjoying himself, dancing with some princesses and duchesses. His parents were pressuring him to find love at the ball, though no one there was the one for him. Suddenly, the palace doors opened and a beautiful lady appeared. This was the snow goddess, Khione herself. The mist disguised her as a duchess from England. She had long beautiful raven hair, ice blue eyes, and porcelain white skin. Everyone gasped as the beauty made her way to the duke and bowed to him, introducing herself to him. Marveling at her beauty, Adrian then took her hand and together they waltzed through the night, laughing and drinking. Afterwards, he snook her into his room and made passionate love, Priscilla was the result of this affair.

When the duke fell asleep, Khione disappeared off into the night leaving him alone when he woke up. Though he was quite upset, he resumed his royal duties. Five months later, on December 31 Priscilla was born. Shortly after, Khione sent a ice nymph whom delivered the baby on the doors of the palace. The ice nymph herself, on orders of Khione told about how the woman he made out with was Khione the greek goddess of snow and that their daughter was a demigod and that when she is older she will attract monsters that will try to kill her. Believing the nymph, he took in the baby and soon the life of Priscilla LeBeau began.

Priscilla was a gorgeous little girl with beautiful raven waves, bright blue eyes that shone like diamonds. She reminded Adrian of the young lady he had met at the ball due to their similarities in both personality and appearance. Priscilla was privately tutored by all the best tutors and teachers in the whole country she had learned both political and education teachings. She was also very pampered by servants and butlers; she was living the life of a rich french girl. Adrian; who was deeply afraid of his daughter's safety blocked her out from the real world only, always keeping an eye on her and only letting her stay within the palace grounds.

Then when she was 13, she met a son of Apollo when his family came to visit the royals. Ansel was the light of her life, she was the only person apart from her father that could make her laugh. Sometimes he would take her outside the palace where they would sometimes play and just hang out. One day, they were attacked by a harpy. The harpy started attacking her, while Priscilla was screaming Ansel grabbed his celestial bronze sword from his tool belt and slashed the harpy until it dissolved into ashes. Ansel was secretly being taught sword-fighting skills by his servants (nymphs who were sent by Apollo to protect him) to fight against monsters. He carried a battered up Priscilla to the palace and used his healing powers to fix up her scratches. Waking up, Priscilla demanded to know what was happening and he explained of her greek origin. Priscilla was shocked but believed him because she loved him deeply.

Attacks like these occurred a few times and each time Ansel grabbed his sword and battled the monster, monsters that attacked were hellhounds and harpies which were quite easy to kill for the son of Apollo and each time Priscilla got slightly injured he would heal her quickly.

A month late when Priscilla was 18, the greek god Ares was roaming around France in his mortal form and came upon Priscilla. He thought that she was a beautiful girl and wanted to seduce her. The mist disguised him as a noble visiting the palace. Meeting Priscilla, she told him that she wasn't interested and that she had somebody else. Mad that this girl rejected him, he murdered Ansel while he was trying to meet up with Priscilla. Once she got the news that apparently her lover got murdered by being stabbed multiple times she was heartbroken and swore to get revenge. Although Aphrodite was somewhat mad that Ares wanted to make love with the girl, she was still a little impressed that she rejected a god for a demigod so she messaged her during her dreams telling her that the man who killed her lover was the Greek god Ares.

Though Priscilla tried for many weeks and months she could still not find the god of war… then suddenly rebels broke into the palace after killing off the soldiers defending them. The rebels tied her up to a chair and was bound to execute her until her father came and fought bravely for her, protecting her until he was stabbed in the stomach. But before he died, he told her who her mother was, Khione. Priscilla, on the instructions of her father ran for her life. She ran into the forest and stopped, as she was tired and thirsty. A nearby hellhound scented her and almost attacked her from behind until a silver arrow appeared from nowhere and it stabbed the hellhound. Following were multiple arrows and finally the monster was destroyed. A young girl with auburn hair and silver eyes walked to Priscilla, asking for who she was. She replied that she was a demigod daughter of Khione and told her of her backstory. Feeling pitiful for the girl and seeing that she had no one left she explained her about the hunt and asked her to join. Priscilla accepted and felt a silvery aura around her. She was now a huntress.

For 274 years, Priscilla, the hunters and her patron travelled through many lands and battled many monsters. Each time she grew stronger and her battle senses improved. She was no longer the poor little french girl she used to be, now she was a huntress. Finally in 2014, Artemis saw that the girl needed a break from 274 years of battling and killling. She stationed Priscilla in Camp for she thought that they needed a hand because of the Broken Covenant.

Isn't the standard weapon for hunters a bow and arrow?

Besides these things, the claim looks good to me.

He did not invite anybody...according to http://en.wikipedia.org/wiki/Anglo-French_Alliance they were allys in 1721.

Okay I see what you mean, I was not completely sure about that.

If you could indicate that somewhere in the claim that would be great besides that it looks good to me.

What do you mean? Artemis and her hunters just happened to save Priscilla when she was going to be attacked by a hellhound.

I mean, she just saved her and asked whether she wants to join the hunt, how does Priscilla learn about what the hunt exactly is?

"Finally in 2014, Artemis saw that the girl needed a break from 274 years of battling and killling." Does this insinuate that she was temporarily leaving the hunt, or that she was just not out with Artemis and only staying at camp?

Yes, she is not out with Artemis and is currently staying at the camp.

Would the rebellion you are referring to be the French Revolution? Please elaborate.

There is nothing about a rebellion, I was referring to the rebels (bandits) who Bascially broke into the palace.

You might just want to proof read the claim again, there are a couple of spelling mistakes. Goddesses don't take the usual nine months for pregnancies, they might take 5 months maximum. Could you please detail the monster attacks between 13-18 a bit more? If Ansel's family were only visiting, why did they stay for 5 years?  Where did Ansel get a katana in that time period? (I just think it's unlikely for European royalty to carry a katana, it's just a minor thing) Gods are able to tell demigods from mortals. All huntresses stay in the Artemis Cabin, regardless of their godly parent.

Naturally, nobles are guarded by the military, so please explain how a group of bandits got pat them.

If no edits are made by 4/15, this claim would be deleted.
User:DaMigster/siggie

It seems as though there are some previous comments that still haven't been fixed yet, one of them being

Also, I don't think a god would be allowed to kill a demigod. It seems unlrealistic that she wouldn't ask about the monsters attacking her, why he had a magical sword, why the monsters turned into dust, and why he had healing powers until she was 18. People would ask about these things almost immediately after they happen.

@hidden some gods are allowed to kill demigods under certain circumstances. >.<

I don't think jealousy is a viable circumstance.

First of all, he killed Ansel mostly because Priscilla rejected him not just of jealousy.

That IS jealousy. But being rejected by someone still isn't a good enough reason for a god to influence the world by killing a demigod directly, he would get in trouble by other gods especially his god parent. One thing you could do is say that Ares sent a boar after him (his signiture animal) and say the boar killed him.

Hidden, gods do egocentric things all the time, simply from jealousy. For example, Athena turned Arachned into a monster just because she made better art, so there's no need to search for bugs where there aren't. Just to clarify things, was the sword Ansel used Celestial Bronze? There wasn't any mention of it, if it was.

damn that's a sexy huntress.. okay i don't get why ansel didn't bring her to camp (assuming that ansel went himself) also i feel like ares would just rape her instead of bothering to kill ansel.

No, he didn't bring her to camp because he was trained by his father's nymphs and spirits (for his protection) and Ares killed Ansel just to spite Priscilla because she rejected him.

This claim has been approved as a huntress of Artemis. You now need to make a page for them and a word bubble, if you aren't sure how to do this you can see the guide here. Once you have done that you can add your character's name to the cabin list located on the cabin pages and start role playing with your new character. If you have any questions feel free to ask a member of the Admin team.

Retrieved from "https://camphalfbloodroleplay.fandom.com/wiki/Claiming:Camp/Priscilla_LeBeau?oldid=1354665"
Community content is available under CC-BY-SA unless otherwise noted.