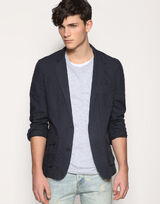 Personality: Ryan is daring and quite selfish. He's a street kid and was well known for his kleptomania and experience in drug dealing. Ryan is quite rude and disrespectful to those around him. He can also quite flirty, having a history with ladies before arriving at camp. His greed also seems to define him, since he takes whatever he wants and is quite materialistic.

History: Samantha Coleman was a very poor woman, being a junkie in the slums of Detroit. Samantha would do anything for a quick fix or to protect her stash. Naturally she was wild and uncontrollable when she went through withdrawal. Hypnos had met her while she was whoring herself off for some cash.

The god of sleep threw some money her way and had a fun night with her. The next morning when Samantha went home she was pregnant. It took her a few months to find out, naturally she had no idea who the father was. Samantha had been through rehab, so she decided to give motherhood a chance.

She named her son Ryan, she thought she could raise him to be a great man. She was sadly mistaken. Growing up Ryan had a bad habit of taking what didn't belong to him. He would always pick on the other kids and unlike other 6 year old boys he never went through the infamous "girls have cooties" phase.

Samantha worked 2 jobs, doing the best she could as a single mother. She was very stressed out and when a local drug dealer offered her a free sample of heroin she reluctantly accepted, she thought being once and only this one last time would make her feel better. So when Ryan was 9, he found his mother high as a kite.

This was the turning point of his life, his mother became cold and distant. Having returned to the not so wonderful life as a heroin addict. Ryan became angry and fed up with his life, he became cold and selfish. Deciding life was all about looking out for number 1. His mother's renewed addiction was a well kept secret more or less, so Ryan was never taken by protective services.

Ryan had taken to the street life, having joined a street gang that supplied most of the neighborhood in cocaine. He made money for himself by being a dealer. When he was 13, he was attacked by a giant ant known as a Myrmeke. The creature spat it's deadly acid. Ryan's powers had began to manifest, he accidentally emitted a sleep wave that caused the creature to fall asleep. Ryan just counted himself lucky and made himself scarce before the insect awoke. He had caught the scent of some other demigod and went off on it's merry way.

Once Ryan got home, he realized he could create opium which is the main ingredient for heroin. He made a lot of profit over this strange power. He didn't know how he got it, but he didn't really care. He also noticed whenever someone as giving him a hard time or had something he wanted he could make them fall asleep. This allowed the son of sleep to take many valuable items and avoid any unwanted company.

A few months after the attack when he was 14, his mother was arrested for drug possession and prostitution. He was placed into foster care, it was a long shot but he was adopted by a son of Themis who decided to try and set the boy straight. Ryan had to keep the heroin and theft to a minimum, since his foster father Horus couldn't be lied to. After Ryan and Horus had a huge fight, the son of sleep stormed out and was attacked by a Laistrygonian giant. Horus ran out and since he didn't seem to be the giant's target he realized Ryan was a demigod and used his Celestial Bronze arrows to rescue him. (Note: this is like 10 months after Ryan's first attack)

Horus explained to him everything about demigods and monsters, he was quite shocked but didn't have much of a choice to believe him. He told him about camp, but Ryan just wasn't interested. After a year and half of managing to avoid monster with Horus' training, he caved in and decided to give a camp a chance, eager to get back into his business of heroin distribution and theft.

This claim has been approved as son of Hypnos. You now need to make a page for them and a word bubble, if you aren't sure how to do this you can see the guide here. Once you have done that you can add your character's name to the cabin list located on the cabin pages and start role playing with your new character. If you have any questions feel free to ask a member of the Admin team.

Retrieved from "https://camphalfbloodroleplay.fandom.com/wiki/Claiming:Camp/Ryan_Coleman?oldid=1338010"
Community content is available under CC-BY-SA unless otherwise noted.