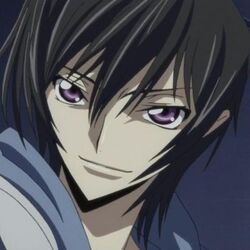 Personality: A very grim character, Ryder doesn't speak much. When he does, however, it is almost always the truth.

History: Ryder was born to his mother in Northern Maine, living by the graveyard of their town. His mother,Emily, met his father at the funeral of Emily's father. Emily made a decent living working as waitress in the town's dinner. Ryder spend every day after school working at the graveyard. They made enough to get by every month.

At school, Ryder was left alone due to his quiet nature. There was one time where two bullies tried to jump him. However, they were quickly dispatched by Ryder, due to his ADHD and dyslexia adding his natural reflexes.

Once, shortly after turning 15, while walking home from school, he encountered two demigods fight a group of skeletons. Their orange t-shirts stood out in the mostly gray town and Ryder noticed that no one else was acknowledging the kids or the skeletons. He helped fight them off with one of the demigods weapons.

"What the hell were those things?" Ryder asked, putting down the bronze scythe the boy had given him.

"Skeletons. Servants of Hades from the Underworld," the boy replied. He looked at Ryder, and said, "You're not from Camp, and yet you saw these Skeletons. Could you be a demigod?"

Ryder started to shake his head. "Pardon me for being blunt, but it sounds so crazy."

The girl spoke up, "Trust me, if we were fooling around, you would know by now."

Ryder nodded, then asked, "Why were you fighting these skeletons?"

The boy spoke now, "Hades must have sensed something big here and sent these skeletons to check it out. You have ADHD, by any chance? Dyslexia, too?"

Ryder, shocked, asked, "How did you-"

"Yeah, he's one of us," the girl told his companion, then turned to Ryder and said, "You should most likely come with us."

Ryder sighed and nodded. The three set of for Long Island, New York.

Later that day, his mother received a message on her phone:

Ma, going to camp. People saying I'm a demigod,or something. Love you and I'll see you soon. -Ryder.

Weapons: *Astral Scythe (When he has the energy for it) , Bow and arrow (Made of Stygian iron)

It needs more history. You need to choose 3 god parents. More Appearance needed. How old was he when was attacked? What were the other guys doing? The Wanted ♥ vs One Direction ♥ 21:17, April 11, 2012 (UTC)

This claim has been approved as child of Thanatos. You now need to make a page for them and a word bubble, if you aren't sure how to do this you can see the guide here. Once you have done that you can add your character's name to the cabin list located on the cabin pages and start role playing with your new character. If you have any questions feel free to ask a member of the Admin team.

User:RubyRose17
Retrieved from "https://camphalfbloodroleplay.fandom.com/wiki/Claiming:Camp/Ryder_Smith?oldid=1234432"
Community content is available under CC-BY-SA unless otherwise noted.