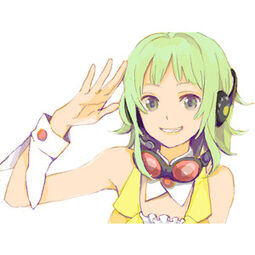 Personality:she is very much optimistic, happy go lucky girl with an eye for trouble. At first glance people would think she’s just an innocent kid but there is more than that for she is quite smart. If she’s ever bored she would stir up quite a storm just so that you’ll entertain her. Being a love nymph she loves to bother couples as she can sense their love and would often bully them. Yet in hindsight she’s quite nice a bit too truthful and a tiny bit of a prankster with a childish personality. Her boredom is her weakness to where she will cause mischief if she is bored. Not at all a flirt but if she wants to she is one

The tale of her history is not of norm or interest yet it is long and different a history of history....a story in a story...

I start the tale with a once upon a time, to when chaos created the world and to when the primordial gods was in control. As Gaia tended to the earth and all its being uranus her husband tended to the skies above but even that was hard thus he created several hundreds of nymphs to help him in his work. Amyntas was one of those thousand that was created yet unlike the rest she was not strong or beautiful just a plain old cloud nymph to which Uranus often ignore. Amyntas didnt mind as despite uranus attitude toward her she was loved by her siblings and other nymphs to whom pampered her rotten. She had her fair share of fun and games with the other nymphs but when cronos came he threaten to destroy it all. Cronos waged war on his father and as we all came to know he won but what was left out of the history book was to how he killed many of his prized nymphs leaving few to be a survivors of his reign. Those that survive was condsider the lucky ones yet never felt lucky as Cronus was not a kind master. Everyday he picked out the survivors and tortured the spirits as the nymphs continuously rape by him . Amyntas was spread by the horrific fate for luck was with her and aether took her in hiding her from cronus. For years she has served Aeather and saw many things happen from how cronus raised to fame and to how he lost his throne to the hands of his own son zues.As a silent watchers she often wonder what it was like to live among them as she saw many adventures unfold in front of her and soon she got her wish when Aeather slowly dissapeared giving her free reign. With no where to go she went of in an adventure for years until she met up with hermes to whom invited her to olympus. She stayed there for a couple of eons until she gotten bored and came to camp

Weapons:a small pouch fill with daggers given by her creator

(hopefully her name wont get me into trouble >,<) Let go of yesterday's regret

Cause all you need today is a smile...

And a hand leading the way

On the last sentence, did you mean the couple's romance originated from somewhere else, not Camp Half Blood? Because she doesn't need to travel (unless she wanted to), if she's already at camp. If the place isn't camp, give the place. Also, is she a first or second gen love nymph? When did the romance happen?Such is life~ lol.

edited that and also the love came when they were in camp P.s she's a second generation nymph being created by another love nymph

Cause all you need today is a smile...

And a hand leading the way

okay PLZ make you sig into a template, also all this sounds like a mere camp crush. not true love, that requires them having dated for a few years and stuff. like i'd have to seriously question a love nymph's judgement if they create a love nymph where the two "parents" aren't even officially dating

This claim has not been edited for 5 days. If it reaches 8/31 with no edits, it will be deleted for inactivity.

Mel asked for an extension of one week due to a trip.

changed and done!!! anyhow edited and all hope its better

uhm i don't get how a traveler in ancient greece would have ever heard of a japanese name, maybe have her pick it up or something and say she went to check out feudal japan? idk just a thought

This claim has not been edited for 4 days. If it reaches 8/8 with no edits, it will be deleted for inactivity.

sorry for doing this again bird >,< anyhow changed it to a totally different story ..>,< (sorry hydro)

Even though you say Suzaku was a key part in the overthrowing of the titans because she gave them information (which seems a bit too much like trying to alter history to me), I highly doubt that the Olympians would save a single cloud nymph from the Titans. Nymphs are easy to gain and I believe many Olympians would view them as disposable.

Like what Bird said - nymphs are like ants compared to demigods. I don't think that the gods would go out of their way even for some demigods.

This claim has been approved as a cloud nymph. You now need to make a page for them and a word bubble, if you aren't sure how to do this you can see the guide here. Once you have done that you can add your character's name to the cabin list located on the cabin pages and start role playing with your new character. If you have any questions feel free to ask a member of the Admin team.

Retrieved from "https://camphalfbloodroleplay.fandom.com/wiki/Claiming:Camp/Suzaku?oldid=1449771"
Community content is available under CC-BY-SA unless otherwise noted.