Personality: While Thea is generally shown as compassionate towards anyone in trouble, she's also a vulnerable, stubborn and very short-tempered girl. She frequently becomes angry and jealous. Despite her temper, she has a more prominent gentle side. She has come to the aid of her rivals, even consistently feeling compassion towards or helping people who try to make her life miserable. So in summary she is a short-tempered, compassionate girl. 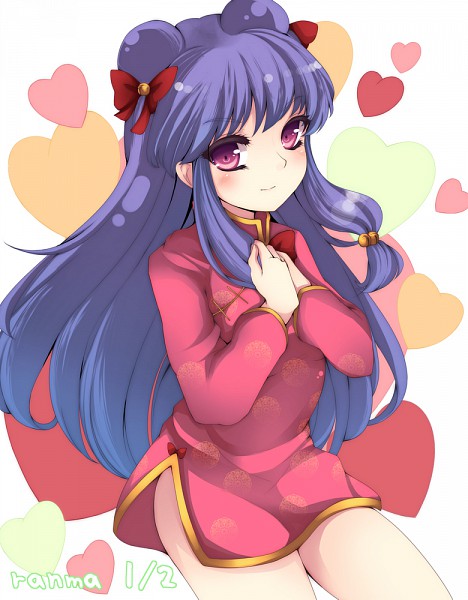 Lilly Lee was a asian daughter of Aphrodite and worked in a medical clinic. She was one of the top doctors and everyone asked to meet the famous Lilly Lee. One day, the clinic hired a new doctor name Lance for one of the sections since the other doctor moved to Maine, in the US. Lilly and Lance eventually became best friends. They would talk, hang out, and sometimes flirted with each other a bit. That’s when Lilly and Lance finally fell in love (*Squee*). Everyone at the clinic knew they were just, meant to be. They acted like the happiest people together, you could see it in their eyes. That’s when one day, they finally did it, if you know what I mean. About 1-3 weeks later, Lilly’s period was late. They thought it was nothing and sometimes when she stressed, her period came a little wait. The next week, it didn’t come still. She grew worried as this never had happened THIS long. She went to the doctor and found out she was pregnant. She told Lance the good news and they were overjoyed. They went to baby stores and even went to Macy’s for new stuff for their child. They decided to name the baby, if she were a girl, Thea. If it was a boy, Noel. Lilly was hoping especially for the little baby girl she never had. A few weeks from when the baby was born, Lance disappeared. All the she heard from him was that he went to Vermont, for his sister was had cancer and died in the plane crash going there. Lilly became sad without Lance, lonely you could say. But two days before the baby was born, she got a letter from Lance. It Said, Dear Lilly, I’m not who you think I am. I am Hades, God Of The Underworld. You probably know me considering you read Greek Mythology and your a daughter of Aphrodite. But anyway, just remember I still love you no matter what. I have to do my work up in the Underworld as my nymphs needed a bit of...help. One day, as you know this, Thea has to go to camp. Camp Half Blood. I really do hope you forgive me for this pain that you have had missing me. Hades (Lance) When she saw the letter, she smiled to herself, forgiving him. She was happy that he was actually alive but still wished to care for someone again and still missed him dearly. When she gave birth to her only female child, it was like she could care for someone again, love someone again, and thus this began the story of Thea Lee.

When Thea turned 14, she and Rei stopped having contact with each other because Lilly decided to let her daughter go to camp for at least a year to get a feel of what it’s like to be in camp. So in that year, Thea did not have a monster attack and she had a better environment to train in and her fighting got better as well.

By the time Thea was 16, Thea saw a empousai. Although she was still learning how to fight better, she didn’t know what to do. She never met this type of monster and was freaked out of her mind. She then ran out and used her ring to turn it into a sword to slash it right in the heart. She got some of it’s chest but didn’t get exactly the heart. The empousa kicked her, making her trip but while the empousai was in pain, she went and hit right in the heart. She then ran home to her mom scared out of her life. Her mom realized that she couldn’t keep her in with her forever or she would probably die, especially without the comfort of camp. Lilly then said, “I guess we’re going back to camp.”

They then drove to camp not seeing any monsters on the way. Thea was then about to go through the door but hugged her mother, tears on her face. Once they said their goodbyes, Thea gained up the courage, and went through the camp entrance.

So Katniss showed me all of the history in a google doc and I told her what to fix on that document. Just in case some people think its weird that i claimed her claim for her char like 3 seconds after she made the claim. >.<

This claim has been approved as a daughter of Hades. You now need to make a page for them and a word bubble, if you aren't sure how to do this you can see the guide here. Once you have done that you can add your character's name to the cabin list located on the cabin pages and start role playing with your new character. If you have any questions feel free to ask a member of the Admin team.

Retrieved from "https://camphalfbloodroleplay.fandom.com/wiki/Claiming:Camp/Thea_Lee?oldid=1503209"
Community content is available under CC-BY-SA unless otherwise noted.