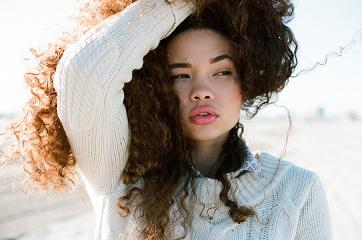 Personality: Yun is a 'go with the flow' type person, never one to be in the spotlight. She doesn't care about people's opinions because she know's everyone won't like you. She can be a bit sarcastic and a smart alec. When approached, she'll might come off as rude, but you figure out later on that the people she's been around, weren't the best.

History: How Parents Met: Jae Park's occupation was a Veterinarian. He had been working as one for 5 years. He enjoyed helping sick animals in need, caring, and curing them from whatever complications they had. One day, just like any other, a lady walked in with her Golden Retriever. The dog was in a drastic state. The lady who walked in was Lyssa. When Jae saw the poor dog, he escorted it into the operation room immediately. An hour later, Jae came back outside to Lyssa, telling her that her Golden Retriever would be alright and that she was feeling un-well because she was pregnant with puppies. Lyssa, thanked him and went on her way.

A few days later, Jae ran into Lyssa walking another dog at the park. They showed inetrest in one another and began talking about how much they loved animals. They're friendship quickly escalated into a love relashionship, and eventually a baby girl was born, Yun Park. A few days after she was born, Lyssa disappeared leaving Jae a note saying that she was a Greek Goddess and would have loved to stay with them but couldn't for many reasons. Jae somewhat understanding, took on the duty of raising his daughter as a single father.

Early Childhood/etc: Yun was a happy, stubborn, and giggling child. Jae thought Rhode Island was the perfect place to raise a child. Yun was an articulate, intelligent, and bright girl. She made many friends growing up. Though she would loose some due to the fact that she had a short patience with people. Yun always had put school first, just to make sure that her father was always proud of her. When growing up, around the age of 9, there were a few days where Yun would always see a man watching her, and at a blink of an eye he was gone. She'd even start to have many cases of Deja Vu' the older and older she got. When she was in 8th grade (13), they had a Honor Roll assembly which Yun had taken part of. Her father took off work to go to the assembly and see Yun, which was during school hours. After the assembly was over, Jae congratulated Yun on her accomplishment and returned home while Yun would finish the day at school.

Yun waited in front of the school for her father to come and pick her up, like he said he would earlier that day. When he didn't come, Yun decided to walk the three blocks to her house. When she arrived home, her father's car was still in the driveway. A little confused, Yun opened the front door expecting it to be locked, only to find her father lifeless on the floor. Towering over him was a hellhound. Yun was in great fear, grief, and anger. The hellhound pounced out at her, missing. Yun ran out the door not knowing where to go. The hellhound chased her down the street, quickly gaining up on her. Yun stopped, and looked around to find that the hellhound had disappeared. Resting for a moment, a bit of relief rushed over her, but the anger and grief was still there.

When she thought all was safe, she was ambushed by the same hellhound. It toppled over Yun, about to end her life. Yun wouldn't die in fear, instead her anger grew more and more each second. That was when the hellhound began acting strange. It walked back slowly, while it's head was moving in circles, and it was making a dry coughing/choking sound. Yun watched in wonder in what was going on. The hellhound was walking in all different directions coughing, when it was then hit by on coming traffic. Yun got up, and ran to the nearest police station to tell them that her father was killed by a large dog with fiery eyes. Not believing her, they took a look for themselves, and found that she was right about him being dead, but till' this day they never could find the 'actual' killer.

Yun was sent into foster care. Her once happy attitude, turned into a life of silence. Not knowing what it was that killed her father and tried to kill her to, would always pop up into Yun's mind. Yun was in foster care for two years. For two years, she bounced from home to home, always being mistreated since the Foster parents only cared about the money. When Yun had enough, she decided to run away from it all. She went on to New York, where she thought she could find work and live there at the age of 16. Living at a shelter, Yun went to many job interviews, always getting the same responses that she was too young.

On her way to one job interview, Yun was toppled by a Drakon. The Drakon began to say something to Yun before he was about to end her life. Not caring, Yun kicked the Drakon with all her might, being able to get a loose. Yun backed away. All the emotions she was feeling now, were turning into a ball of anger. With her fists balled, and all her anger turned towards the Drakon, the Drakon began to act strange just how the Hellhound did years earlier. Yun, with a rush of power coarsing through her body, jumped onto the Drakon in a rabid state. She was jerked form left to right, but no matter what, Yun held on.

She wrapped her arms around the Drakons hard, scaley neck, attempting to choke him. Just as quickly Yun felt the rush of power come on, it left. She fell to the ground, feeling completely drained. The Drakon was still acting strange going in all directions, chocking and coughing, when it just dispelled into dust. A satyr who had been watching her, had shot it with an arrow. Yun's energy was completely drained. The Satyr called the ambulance to take her in, and nurish her back to health. When the hospital found out that she had escaped from foster care, they planned to send her back a few days later after her hospital release date. Before that date could come, the Satyr that had rescued her explained who he was, what she was, and how there was a camp for people like her that he could take her too. He also explained the reasoning of him not saving her the first time. Intrigued by this 'Camp Half-Blood' and in attempt to avoid foster care, Yun agreed to travel to Camp HB with the Satyr, where her new life would begin. They got to camp without any casulties.

If she knew what was wrong with her dog, why would she go to a vet anyways? And Yun would've been killed instantly if a drakon attacked her, even with the help of a satyr.

I changed some stuff, hope it's better.

How did Yun see her father when he was on the roof? Also, what age was she when she had her 1st monster attack? Why didn't the satyr take her to camp directly after she was sent to Foster care? Did they ever reach camp? If yes, how? Take your time.I've got forever to wait- Demi ღ

He didn't take her to camp first because the hardships she went through would later on make her a stronger person. And I had a few typos. It wasn't on a roof, it was the floor, lol.

Legally, you have to be 18 to be a stripper in Canada, the sword'd have to be CB to work on monsters

I changed the sword thing, but the stripper stuff and Canada...I don't know what that has to do with the story?

How did Lyssa plan to meet the father? She was stalking him or something to know where he worked and at what times?

Lyssa's plan was to bring the dog in so she could meet Jae, so when they later on met, she would be able to talk to him about something instead of randomly going up to him, and that progressed into them being together. I'm sure the gods and goddesses know who they're going to choose to get pregnated by or to pregnate. They're higher beings, so I know they wouldn't have to stalk the people to know when they work.

Wait, so... correct me if I'm wrong, was Jae a famous vet or something that made Lyssa want to meet/stalk him? Or was he just another regular vet? >.<

I edited the story, so all the stuff mentioning about a plan is out just ot make it more simple.

How did they get to camp when Yun was drained of most, if not all, of her energy? Could you add a bit more to her childhood?  Take your time.I've got forever to wait- Demi ღ

So the satyr carried her all the way to camp? Take your time.I've got forever to wait- Demi ღ

Wouldn't that be hard for a satyr to do? Take your time.I've got forever to wait- Demi ღ

Did they ever reach camp? Take your time.I've got forever to wait- Demi ღ

You didn't add much to her childhood. What happened when she was younger than 13 (meaning from the age of 1 to 12)? Surely she would have had at least seen quite a few "strange" things which would hint that she was a demigod. Take your time.I've got forever to wait- Demi ღ

Could you state which age she saw the man who was watching her? Take your time.I've got forever to wait- Demi ღ

I think that's the best we can do. After making the page, kindly add your character to the cabin list as well as to the photo album.

This claim has been approved as child of Lyssa. You now need to make a page for them and a word bubble, if you aren't sure how to do this you can see the guide here. Once you have done that you can add your character's name to the cabin list located on the cabin pages and start role playing with your new character. If you have any questions feel free to ask a member of the Admin team.

Take your time.I've got forever to wait- Demi ღ

Retrieved from "https://camphalfbloodroleplay.fandom.com/wiki/Claiming:Camp/Yun_Park?oldid=1240179"
Community content is available under CC-BY-SA unless otherwise noted.