Personality: Hope is your typical badass girl. She’s confident, sarcastic, likes sass. She hates her name (“too sweet”), tolerating it only because it is some kind of irony itself, as well as the British stereotypes- she’s annoyed of people assuming she’ll be an elegant, mannerly, tea-drinking lady.

Appearance: Her model is Ciara.

Hope has short hair dyed honey blonde and tan skin (her grandmother was black). Her eyes are brown. She’s fairly athletic and quite tall (1.75 m). She likes clothes in bold colors, such as black, white and red, crop tops and dark lipstick, and tends to wear Doc Martens most of the time.

Mark Jefferson, a British businessman, and Eos met in a London pub. They were talking all night and quickly fell in love. The two were together for a month when Eos (he knew her as Erin) left. Mark never saw her again, but half a year later, he found a baby girl on his doorstep. With her came a bracelet with a sun-shaped charm. Mark decided to take care of his daughter.

It turned out he wasn’t very good at being a father. He wanted his daughter to be a typical preppy girl, which... didn’t really suit her. She went to one of the best private schools in London, causing nothing but trouble there and had ADHD and dyslexia (but to Mark it wasn’t a good excuse for not learning). Instead of being a good student, Hope enjoyed painting graffiti, kickboxing, hard rock... and chewing gum. The gum was just as unacceptable to her father as graffiti and everything else. So Hope spent a lot of her childhood and teens grounded in their house in South Kensington. Mark and his daughter never understood each other and barely talked.

When she was 13, she was attacked by a few Stymphalian birds in one of the little London streets called “mews”, when going back home from school. She was listening to music on her earphones. She was scared by them and dropped her phone, while the earphones stayed on her head. The music played very loud, causing the birds to start acting chaotic and terrified. Hope accidentally dropped her bracelet (the one Mark find along with her), too, and suddenly it changed into a bow and a quiver full of arrows, which she used to shoot the birds down. She was slightly shocked and decided not to tell her father anything, as she knew he would only think she’s on drugs. Which she didn’t even try, but he wouldn’t believe her anyway.

She had other attacks at the age of 15 and 16, but she managed to shoot down both a giant scorpion and two harpies. When she was 17, a hellhound attacked her, and she would have lost, but suddenly  she somehow created a blast of light, blinding the monster and allowing her to kill it. Two Champions of Othrys happened to be around on their way back from a mission. They recognized the powers of a child of Eos in what she did, told her about who she was and offered her to come with them. She agreed, went home to pack her things and leave her father a note that she’s leaving to find a job, and went with the two demititans.

Weapons: A bracelet/bow and arrows (given to her by Eos), slingshot.

Reason for joining the CoO:

Two CoO members were the first to tell her about her mother and offer help. Also, even though she would never admit it, she feels slightly attached to Eos since her father was awful (“She must’ve been better”). She dislikes the gods though. Why did they have to overthrow the titans after all?

Sorry that I didn't really fix it. Yes, there are many, Theia, Aether etc., but I've checked their power sets and this one is specific to Eos kids. You're right, there are fingertip light blasts, but I've changed it to this blinding one which is for some reason only in the Eos power set. 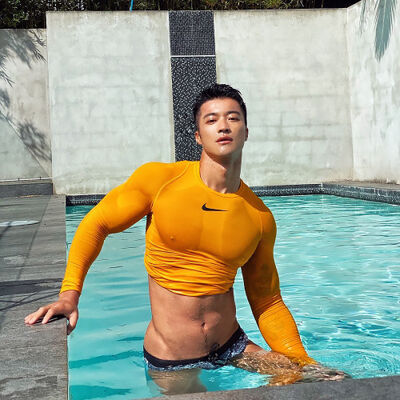 "Welcome to the Champions of Othrys."

Sorry about the lateness!! I was unaware she was fine to go!

Retrieved from "https://camphalfbloodroleplay.fandom.com/wiki/Claiming:Champions_of_Othrys/Hope_Jefferson?oldid=1814123"
Community content is available under CC-BY-SA unless otherwise noted.