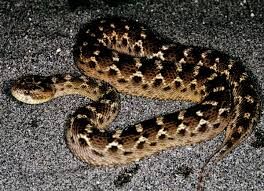 Why The Character has this Pet: One day, Domonick was walking down the street when he saw a box adressed to the city zoo. The box was raggady, and looked banged up and ready to fall apart. Upon opening, Domonick saw an unconscious snake inside. Worried, Domonick grabbed the snake and rushed back to Camp Half-Blood. He then nursed the snake back to health, but by then, the snake broke it's venom sac, meaning it's bite was now 0% venomous. Knowing there was no way the snake could return to the wild (or the zoo) unable to protect itself, not to mention him and the snake already made a connection, Domoncik decided to keep the snake with him at the camp, and named it 'Flash'.

Where the pet stays: The snake is large enough to scare people, but small enough to stay indoors, in his room. Not t mention, Domonick tends to let the snake coil around his arm, for effeciency, time-saving, and in case he it needs him.

Powers: No supernatural abilities. Although it is nowhere near lethal or venomous anymore, it's bite still packs a punch, and the sight of a snake widely known to be deadly might work during interrogations/battles as a fear tactic.

Retrieved from "https://camphalfbloodroleplay.fandom.com/wiki/Claiming:Pets/Flash?oldid=1778557"
Community content is available under CC-BY-SA unless otherwise noted.