Once you have reached level four you can lead a quest. Please have in mind how many others you wish to bring on the quest and any details about the quest you know. An administrator will then approve your request or if there are any changes or additional info needed in order for them to do so they will let you know. Upon approval you will need to visit The Oracles' Cave and request a prophecy, once your prophecy has been given and you have all your quest mates (a total of 3 to 6 should be on every quest so you and 2 to 5 quest mates), at this point the quest will begin. If you have any questions at any time before making the quest or while on the quest contact an administrator.

Some things you should have in your Quest Claim:

If your quest starts out with a dream, use this template.

Once the quest is approved you will make a page for the quest that will include:

Add the Category:Quests to the page as well. Once you have all questers and a prophecy if desired, you may begin Quests that go over 14 days with no edits are subject to deletion. If you know you need more time, please ask an administrator that your quest be put on hold. In order for your character to get a "point" for having led a quest, the quest must get to a reasonable point. This means that, preferably your quest got through at least one monster attack, and definitely well past having left camp. This is to prevent people from intentionally starting a quests but never putting any work into them, just to be able to have a char count to have "Led" a quest.

If you want, there's a count down timer:

Once the end date is reached, the clock starts counting up.....

Quests are fun for everyone until the god-modding comes along. It can be big or small, but no matter how much, it is always a bother. Here are examples, so that you know what not to do on a quest.

Monster: The monster lunges for Demigod, trying to scratch his side.

Monster: The monster rears up and tries to pounce on Demigod.

Demigod: He moves out of the way and escapes without a scratch.

Monster: The monster leaps to the side, swiping its paws at the demigod as it leaps.

Demigod: He ducks underneath the swipe, and jumps away from the monster.

Monster: The monster swipes at the demigod again, in attempts to kill the infuriating pest of a demigod.

Demigod: He jumps up over the swipe, lands on his feet, and runs away.

In this rp, the Demigod keeps dodging the monster. This gets quite tiring, and it causes the rp to become extremely tiresome, boring and drawn out. It also means that neither side will ever be set back or injured in any way.

Monster: The monster growls at Demigod, who he has cornered.

Demigod: Demigod summons every single lightning bolt in the universe and electrocutes Monster without breaking a sweat.

Monster: He growls and flails around, trying to escape the bolts.

Demigod: He begins to fly, all of his energy intact and coursing through his veins.

Monster: He tries to swat at flying Demigod, his paws reaching out to grasp him.

Demigod: He calls 100 eagles to peck the monster into bits, feeling more powerful than ever before. He glances at the ground below him, not even beginning to tire himself out from flying.

Monster: In a lightning cloud surrounded by eagles, he roars and tries to send a wave of birds flying back at Demigod.

Demigod: He calls over an extremely powerful gust of wind, which he uses to knock out the birds and fly away, not even feeling remotely exerted.

In this rp, the Demigod uses his powers to a great extent without even beginning to lose energy. This makes the demigod very OP. The powers were made with limitations to make them fair, and disregarding those limitations is unfair to other roleplayers. By the way this child of Zeus was using his powers, he should have passed out at the very least, if not killed himself from exhaustion and overexertion.

Monster: The monster walks slowly towards Demigod, ready to strike.

Demigod: He summons a gigantic electric orb from the sky and thrusts it on to Monster.

Monster: He tries to escape the orb, lunging at Demigod angrily.

Demigod: He levitates water into the orb, causing an electric explosion.

Monster: Freed from his cage and slightly dazed, he runs at Demigod and pounces.

Demigod: He summons a lightning rope to hang Monster from a nearby tree.

Monster: He struggles to get out of the rope, growling and snapping at Demigod.

Demigod: He tightens the rope and leaves, his job done. Before he leaves, he summons some tigers to eat the monster.

In this rp, the Demigod uses powers that he does not have. He was also not losing any energy while preforming these powers, such as controlling, let alone levitating, water, and summoning tigers. Also, children of Zeus can not make lightning cages and lightning ropes that can sustain and hold a monster for that long. These rps are quite frustrating for the other members because they have to deal with a character that does not even have the powers that he/she is using at all.

Monster: He pounces towards Demigod and tries to rake his side.

Demigod: He ignores the gashes on his side and keeps swinging his sword at Monster.

Monster: He is dazed by the blows but once again strikes out at Demigod.

Demigod: Ignoring the wounds, they cause him no pain and he continues to fight back.

Monster: Annoyed, he gathers all of his strength and lunges fiercely at Demigod.

Demigod: He does not care about the weight of Monster and swings his sword in a quick motion.

Monster: He yowls in pain and presses his weight down harder.

Demigod: He ignores him and continues to swing his sword, hoping to land a fatal blow.

In this rp, Demigod is immune to pain. This is very unfair to everyone, because it makes the character more powerful than he/she should be. It makes him seem immortal, and he is not. He can not possibly withstand all of the pain that he is getting from Monster in any situation.

Demigod: He swings his sword towards Monster and inflicts a large wound in his side.

Monster: He staggers but continues to advance quickly towards Demigod.

Demigod: He once again swings his sword at Monster and inflicts another wound, which stuns Monster.

Monster: He shakes out of his daze and leaps for Demigod, hoping to catch him by surprise.

Demigod: He swings his sword out in front of him, knocking Monster back.

Monster: He once again leaps for Demigod, this time with more force.

Demigod: He raises his sword and watches as it perfectly digs into Monster's stomach.

Monster: He crouches in front of Demigod and leaps, trying to land squarely on demigod.

Demigod: He moves out of the way and watches as the monster falls to the ground with a thud. It howls in pain as its foot breaks. He moves in to stab the monster.

Monster: He roars in pain and attempts to stand up on three legs, only to be stabbed in the shoulder. Infuriated, it reaches out to claw demigod.

Demigod: He dodges the claws, watching as they get embedded in the ground. He laughs and aims his sword toward the monster's other shoulder.

Monster: He yowls, losing all feeling in his shoulders. He tries to rake at demigod with his back legs.

Demigod: The monster accidentally flips itself over. It squirms around on the ground, helpless. He reaches up to scratch the monster's belly.

Monster: He pitifully rolls out of the way, feeling the sword scrape his side. In one last attempt to win, he snaps his jaws at demigod.

Demigod: He sticks his sword into the monster's throat. The monster explodes into gold dust.

In this rp, Demigod decides how the monster's actions result, instead of letting the person who is rping the monster decide. He is controlling all of the monster's reactions. This is not fair to the rper who is the monster. The monster does not get to react on its own.

Need Help? Want to lead a quest but no idea what to do for one? Well here's some general ideas you can borrow. These are all very generic, you can't use the idea straight as they are, you need to just use these as a start point. In order to get them approved you'll have to add more details and customise them to fit your character. If you use one, please remove it from the list.

Are you having a hard time getting your quest approved? Getting frustrated? Here's some helpful tips to either avoid or remember when making a claim for a quest....

Do you want somebody with a high expertise in roleplaying to roleplay the monsters and gods for your quest, or just spice things up? Well, you've come to the right place. Here you can find the list of current moderators and links to their user pages so that you can message them. If you would like to be a mod, feel free to sign up and link to your user page.

What Do Mods Do?

Sign up here if you can or want to be the only mod on a quest:

Sign up here if you can or want to pair up with someone to help mod a quest:

Quests to be Approved 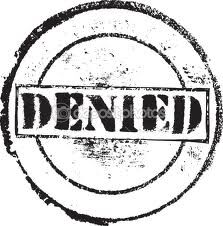 Quests that Have Been Approved

(Note: Don't forget to give your quest the category Category:Quests. And remember do not make a quest page if your quest has not been approved yet. Once you make the page, list it below under active quests.... :) Cheers and Happy Questing!)

Quests that have begun

Quests that have everything to start but haven't

Retrieved from "https://camphalfbloodroleplay.fandom.com/wiki/Claiming:Quests?oldid=1804775"
Community content is available under CC-BY-SA unless otherwise noted.