Who is sending them on the Quest?

Dream if there was one:

My daughter, it seems my bow has gone missing, and I need it back. I suspect it was stolen by one of the Broken Covenants, please retrieve it before too much damage can be done, but I must have possession me before the Winter Solstice. I believe it is somewhere in the West, but I cannot get an exact location. There may be a few monsters here and there, but I'm sure it's nothing too drastic.

I feel that you are a good choice to lead the mission, as you are a person of trust, and you are a natural leader at heart. Choose your friends wisely, don't choose them for no reason. They should be trusted and well fit to help you along the way. Watch out for a hotel in Las Vegas, it can be very dangerous if you stay there too long.

You might have some trouble on the way back[not sure if there'll actually be attacks or not, it's simply a warning], as it is a weapon of power. I give you permission to use it if necessary. It has perfect aim and can kill a monster after one hit. Do not use it on mortals, it will kill them. I think two friends should be sufficient enough to handle this. Good luck!

General idea behind the details of the quest:

The idea is that Nike's bow was taken by a few Broken Covenants, and she has chosen Ariel to lead the quest to retrieve it along with a couple of her friends. The bow is in the Garden of Hesperides because it was to be given to Atlas to help defeat the gods.

General idea of monsters they may encounter:

Number of questers desired (2 to 5 besides the leader)

While this is a good outline, it needs a bit more detail. How do they get to their locations? What significance do they have to the quest? (these do not to be long paragraphs, just short explanations.) Also, where do all of the monster attacks happen? Please elaborate on the dream and the overview so that there is more detail as to why the quest is taking place and why Ariel is the leader.

Like I said before, the overview section needs work. Also, where exactly are the monster attacks? Somewhere in Kentucky has no relevance and on the way back isn't exactly helpful >.< Also, I feel like the majority of the quest, as in monster attacks, is supposed to happen on the way there, hence the name end game >.< If I'm wrong someone can feel free to correct me >.<

Well they wouldn't be finished until the returned the bow to Nike, so they could still have a possibility of encountering some monsters on the way, although I'm not sure if there even will be attacks on the way back.

How would the BC members steal from Nike? If she knows this is important, would't she keep it someone safe and hidden? Also, where is the Garden located?Such is life~ lol. 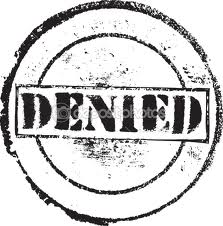 Denied for inactivity for almost 1 month. If you have any questions, contact an admin.

Retrieved from "https://camphalfbloodroleplay.fandom.com/wiki/Claiming:Quests/Nike%27s_Bow?oldid=1475308"
Community content is available under CC-BY-SA unless otherwise noted.