Dionysus made a wine party, but I couldn't afford going... Imagine, a night without control? Chaos. So Dionysus got mad with me, and we had a big fight. Then, one of my Mystic Night Pearls suddenly disappeared, how, I don't really know, I always have it in a secret place that not even the other gods know... I had it in my wine cup. I think Dionysus could sense it because of the same reason. The other two pearls were hidden in other places, that's why he couldn't steal all, I guess. The Night Pearls kept the night how we know it: calm and dark. If one of the three is stolen- which is what happened- the night will start falling out of balance and if the missing Pearl isn't retrieved by the Next New Moon, the concept of night will collide. There won't be a difference between night and day. Madness will take over: The moon will collide and Implode, making Tsunamis; the gravitational pull will be different. I cant't- We can't let that happen. I think that the only one that could possibly like that madness is Dionysus, since he is even thaw God of it. Maybe in revenge he took it, although I don't think he may know the consequences. I sense it on Earth, near the Greenwich Meridian. I think that you should go there first. I love you. 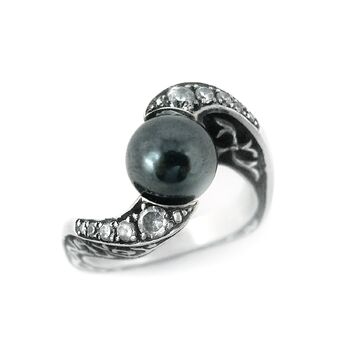 Nyx needs Kirk and his team to find her stolen Night Pearl.

General idea of monsters they may encounter:

In the end, the demigods find out that it was actually a son of Dionysus, in revenge for his father. Since when they contact Dionysus by getting to his lair, he admits that he doesn't have a clue about what they are talking about.

Dublin's airport, outside it (the Lamia)

"I'm not suffering from insanity, I'm enjoying every minute of it" DrXax

Why would Nyx place a lot of power on a tiny pearl? Other than that, wouldn't she take really, really good care of it in any chance she bothered to place power on it?Such is life~ lol.

She had three night pearls, if one was stolen, there was still time to make a mend, but if the three were stolen, it would be immediate chaos. Luckily, only one was stolen. Other than that, fixed. "I'm not suffering from insanity, I'm enjoying every minute of it" DrXax

Retrieved from "https://camphalfbloodroleplay.fandom.com/wiki/Claiming:Quests/Nyx%27s_Mystique_Night_Pearl?oldid=1465362"
Community content is available under CC-BY-SA unless otherwise noted.